Don’t Give Up On the Blessings of Freedom 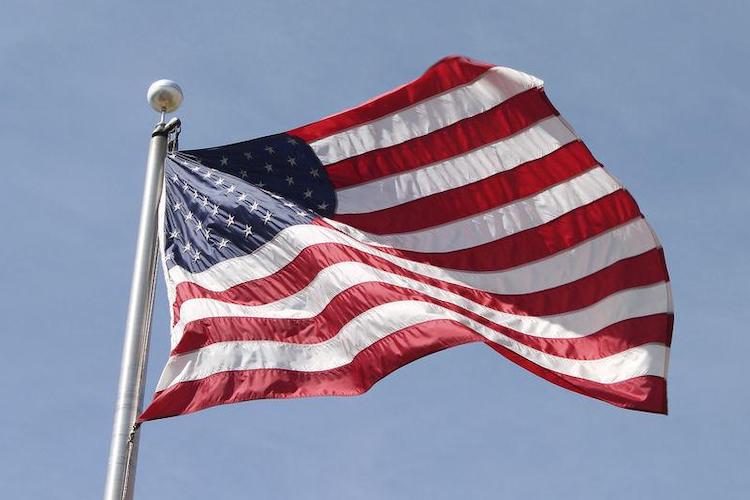 “All we are saying is give peace a chance.”—John Lennon

How do you give thanks for freedoms that are constantly being eroded?

How do you express gratitude for one’s safety when the perils posed by the American police state grow more treacherous by the day?

How do you come together as a nation in thanksgiving when the powers-that-be continue to polarize and divide us into warring factions?

Every year finds us struggling to reconcile our hope for a better, freer, more just world with the soul-sucking reality of a world in which greed, meanness and war continue to triumph.

Fifty years ago, John Lennon released “Imagine” and exhorted us to “Imagine all the people livin’ life in peace.” That same year, Lennon released “Happy Xmas (War Is Over)” as part of a major anti-war campaign. Lennon—a musical genius, anti-war activist, and a high-profile example of the lengths to which the Deep State will go to persecute those who dare to challenge its authority—made clear that the only way to achieve an end to hunger, violence, war, and tyranny is to want it badly enough and work towards it.

For those of us who joined with John Lennon to imagine a world of peace, it’s getting harder to reconcile that dream with the reality of the American police state. And those who do dare to speak up about government corruption (such as Julian Assange) are labeled dissidents, troublemakers, terrorists, lunatics, or mentally ill and tagged for surveillance, censorship or, worse, involuntary detention.

All the while, people still keep looking to the government to “fix” what’s wrong with this country. You’d think we’d have learned—after 20 years of heavy-handed government authoritarianism that started with the 9/11 attacks and has continued through to the present-day COVID-19 tyranny—that the only thing the government can be trusted to do is make things worse.

Now we find ourselves approaching that time of year when, as George Washington and Abraham Lincoln proclaimed, we’re supposed to give thanks as a nation and as individuals for our safety and our freedoms.

It’s not an easy undertaking.

Thinking good thoughts, being grateful, counting your blessings and adopting a glass-half-full mindset are fine and good, but that’s not enough. This world requires doers, men and women (and children) who will put those good thoughts into action.

Remember, evil prevails when good men and women do nothing.

Here’s what I suggest: this year, do yourselves a favor and turn off the talking heads, shut down the screen devices, tune out the politicians, take a deep breath, then do something to pay your blessings forward.

Refuse to remain silent. Take a stand. Speak up. Speak out. Recognize injustice. Don’t turn away from suffering.

Find something to be thankful for about the things and people in your community for which you might have the least tolerance or appreciation. Instead of just rattling off a list of things you’re thankful for that sound good, dig a little deeper and acknowledge the good in those you may have underappreciated or feared.

When it comes time to giving thanks for your good fortune, put your gratitude into action: pay your blessings forward with deeds that spread a little kindness, lighten someone’s burden, and brighten some dark corner.

Engage in acts of kindness. Smile more. Fight less. Build bridges. Refuse to let toxic politics define your relationships. Focus on the things that unite instead of that which divides.

Be a hero, whether or not anyone ever notices.

Acts of benevolence, no matter how inconsequential they might seem, can spark a movement.

All it takes is one person to start a chain reaction.

For instance, a few years ago in Florida, a family of six—four adults and two young boys—were swept out to sea by a powerful rip current in Panama City Beach. There was no lifeguard on duty. The police were standing by, waiting for a rescue boat. And the few people who had tried to help ended up stranded, as well.

Those on shore grouped together and formed a human chain. What started with five volunteers grew to 15, then 80 people, some of whom couldn’t swim.

One by one, they linked hands and stretched as far as their chain would go. The strongest of the volunteers swam out beyond the chain and began passing the stranded victims of the rip current down the chain.

One by one, they rescued those in trouble and pulled each other in.

There’s a moral here for what needs to happen in this country if we only can band together and prevail against the riptides that threaten to overwhelm us.

As I make clear in my book Battlefield America: The War on the American People and in its fictional counterpart The Erik Blair Diaries, there may not be much we can do to avoid the dismal reality of the police state in the long term—not so long as the powers-that-be continue to call the shots and allow profit margins to take precedence over the needs of people—but in the short term, there are things we can all do right now to make this world (or at least our small corners of it) a little bit kinder, a lot less hostile and more just.

It’s never too late to start making things right in the world.

John Lennon tried to imagine a world in which we all lived in peace. He was a beautiful dreamer whose life ended with an assassin’s bullet on December 8, 1980.

Still, that doesn’t mean the dream has to die, too.

There’s something to be said for working to make that dream a reality. As Lennon reminded his listeners, “War is over, if you want it.”

The choice is ours, if we want it.