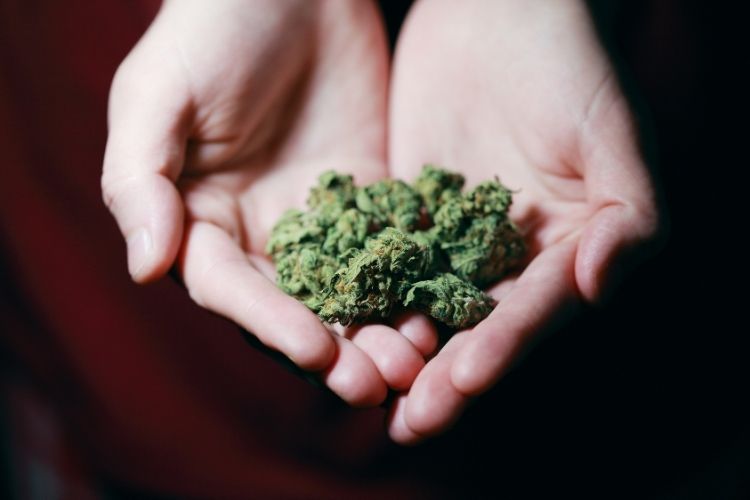 Across the country last November, Americans made their voices heard in regard to the war on drugs. A record five states legalized cannabis in some form. Montana voted to legalize cannabis for those 21 and up, New Jersey, South Dakota — who has since reversed course — and Arizona also approved recreational use. Legal weed started from a trickle in 2012 with Washington and Colorado and has now developed into a landslide with dozens of states legalizing it in some form.

Telling cops to stop kidnapping and caging people for possessing and selling a plant that has never killed anyone, is most certainly a massive step in the direction of freedom. However, many states who have legalized cannabis forget about those who have already been kidnapped and caged for this plant. Hundreds of thousands of people are still rotting in a cages or have criminal records hanging over their heads in states where cannabis has been legalized. This is an egregious injustice and it needs to change.

Luckily, there are those in the political world who see this injustice and are moving to correct it. With the passage of Proposition 207 (the Smart and Safe Arizona Act) on Nov 3rd, Arizona decided to make that move.

However, as is normally the case, when a bad law is reversed, there are always tyrants who will resist and fear monger. After the passage of Prop 207, the head of the Governor’s Office of Highway Safety began fear mongering, claiming that cannabis DUIs would go up.

“It’s legal to purchase it, to consume it, but not while driving,” Alberto Gutier, director of the Governor’s Office of Highway Safety, said, adding, “We think there will be an increase (in cannabis DUI) all over the state, slowly but surely.”

Fortunately, he appears to be wrong.

According to his own Office of Highway Safety, so far in 2021, Arizona has seen 582 DUI drug arrests. Those numbers are on pace for 4,518 arrests this year, which would be the lowest number of DUI drug arrests since 2014.

These numbers are likely lower given the fact that people can test positive for cannabis, well after the effects have worn off.

“It’s hard, it’s really hard because unlike alcohol, there is no test or no chemical test one can do telling people someone is under the influence of marijuana. All it can show is prior use.” Lawrence Koplow, a former prosecutor turned DUI lawyer said, according to 12 News.

What’s more, many of these DUIs are issued by so-called “Drug Recognition Experts.” As TFTP has reported, stone cold sober drivers in Arizona get DUI’s and have to spend thousands of dollars proving their innocence. The source of the misunderstandings and illegitimate arrests, once again, come from Drug Recognition Experts (DRE), cops with badges and fancy titles who claim they can look at a motorist and on observation alone determine if someone is impaired.

You’d have to be God to know if someone is under the influence by simply looking at them. With that being the issue, worse still is the fact the DRE’s testimony often holds up in court without so much as a failed breathalyzer or a dirty toxicology report showing alcohol and drugs in someone’s system.

Sadly, “experts” in law enforcement and prosecution constantly skew the data as not to remove their cash cow that is cannabis persecution.

As we previously reported, according to a report from the Nevada Department of Public Safety, deaths from traffic accidents in Nevada dropped by over 10 percent in the first year that marijuana was legalized in the state for recreational use.

In 2015, the first study to analyze the effects of cannabis on driving performance found that it caused almost no impairment. The impairment that it did cause was similar to that observed under the influence of a legal alcohol limit.

“Once in the simulator—a 1996 Malibu sedan mounted in a 24-feet diameter dome—the drivers were assessed on weaving within the lane, how often the car left the lane, and the speed of the weaving. Drivers with only alcohol in their systems showed impairment in all three areas while those strictly under the influence of vaporized cannabis only demonstrated problems weaving within the lane.

Drivers with blood concentrations of 13.1 ug/L THC, or delta-9-tetrahydrocannabinol, the active ingredient in marijuana, showed increased weaving that was similar to those with a .08 breath alcohol concentration, the legal limit in most states. The legal limit for THC in Washington and Colorado is 5 ug/L, the same amount other states have considered.”

As expected, there was impairment in all areas when alcohol and cannabis were mixed. But cannabis itself, when taken in moderate amounts, seems to cause no significant driving impairment.

**This article (Despite Gov’t Fear Mongering, Arizona Sees DUIs Drop After Cannabis Legalization) was originally published at The Free Thought Project and is re-posted here with permission.**