Covid Mask: The Psychology Of Surrender? 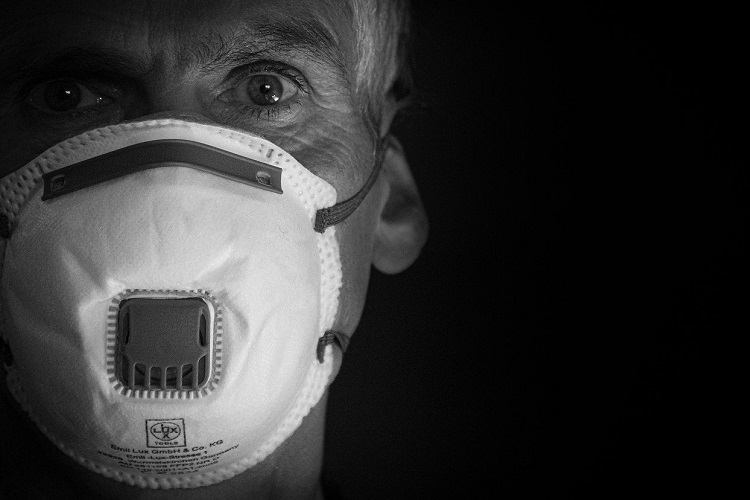 Wearing ‘the mask’ is for those who suffer feelings of fear and/or guilt. Think about it.

One might reject such a notion “No, no, I’m just worried about being fined, that’s why I wear it”. Or “I don’t want to take any risks, the health authorities wouldn’t tell us to wear masks unless there was some protection benefit.”

Are these valid responses? Both are based primarily on fear. Fear of what an authority might do if one was to disobey the rules, and fear of sickness should one not follow the authorities’ instructions.

But who are ‘the authorities?’ And are their demands backed by empirical evidence that the wearing  of a mask is a proven defence against infection by Covid? Will our mask wearer ask these questions? And if not – why not?

“Well, I do wonder what it’s all about – but there doesn’t seem to be much point in questioning it, does there.”

Right, in effect this is an admission of intellectual laziness coupled with an egregious obedience to the commands of ‘the authority’. This is the state of mind of those unwilling to think for themselves.

Allowing one’s self to be herded because one does not want to question the command, is a psychological sickness which presents an open book for the unchecked spread of fascistic authoritarianism.

I wonder how the same person would react if told to crawl to the shops on hands and knees, because ‘the authority’ said that these particularly pathogens only travel at head height?

Let us go back a few steps and imagine, for a moment, that this person has just enough suspicion concerning the motives of ‘the authority’ to check the medical records for evidence that the mask actually works.

Let’s see what the reaction is upon discovering that there is no evidence existing which confirms  health protection is achieved – and that includes for the vaccine –  but that there is evidence of health risks associated with extensive mask wearing.

What does our fellow human being do then?

“Yes, I saw that, but everyone else is wearing them – and, well, I don’t want to upset others by not wearing it..”

So now we must add ‘deference to other herded humans’ to the growing list of reasons for not taking control of one’s destiny, but instead, lowering one’s head and running with the crowd.

Being led and not knowing where one is being led, but ‘trusting’ that it is somehow going to be OK. Better not rock the boat. Everyone else is masking-up, why be ‘different’?

Why not be different?

“I don’t want to draw attention to myself, you know, and then it’s being responsible to wear the mask, to show you wouldn’t want to infect anyone else.”

Yes, the contradictions implicit in this false logic are blatant. You know the masks don’t work; are likely to make you sick; cost money; are supposed to be frequently changed; washed, dried, disinfected – and so on – but nevertheless you feel you must wear one – because ‘that’s the only responsible thing to do’ and everyone else is doing it..

Is this the final curtain-call for a significant number of the supposedly sentient cognitive species known as homo sapiens?

I don’t know about you, but I feel a pit in my stomach seeing so many fellow humans behaving like lemmings.

I like to see the human face. Not all are pretty, but each is different and expresses character. So what to feel when confronted by herds of bank robbers marching towards one with more than half their faces masked-over?

I look at their eyes, because that’s the only animated bit left visible. What do I see in these eyes? Predominately I see fear and surrender.

Maybe I’m wrong. Maybe it’s guilt, maybe shame. Maybe in some cases, a certain sick kind of pleasure – like with some young people “Why do I wear it? It’s cool, something different, you can get some funky designer masks – quite distinctive. Yea, nice.”

Do you believe it works?

“Sure, it works if you feel it works; kind of protection against others isn’t it..”

Sure it is, youthful narcissist. Protection against others – sure – sick people everywhere, got to protect yourself; survival of the fittest – let’s not take risks.

But mostly I see fear and guilt in the eyes of masked men and women. I see a coward, peering out into the world and trying to look and be ‘normal’. That infamous word ‘normal’. Yes, the ‘New Normal’ as announced by Klaus Shwab of the World Economic Forum. Mein Herr ‘Great Reset’, totalitarian pseudo-visionary of a fascist nightmare.

He must be pleased, so many people behaving ‘properly’, getting adapted to fitting into his New Normal. Silent cyborgs, lost and anxious, but still managing to keep up the appearance of ‘normality’.

So determined not to think, not stand-out from the crowd. Cannon fodder for the Zero Carbon Smart City, Green New Deal, New World Order prison camps of tomorrow.

A future specially constructed for the walking dead, minds gone to waste from lack of use, plugged into a state of the art computer so the act of thinking can be done for them by the master programmer.

A sub-human race sold out to the machines it made to relieve it of the need to think. Is that the future I see in the introverted eyes of the masochistic mask wearer? Do people subconsciously want to suffer? Is this a remnant of the Christian doctrine that one must suffer atonement for the crucifixion of Jesus Christ?

Whatever the cause, it is for those who have meekly detoured from walking the path of life in favour of stepping onto the conveyor belt of a cyborgian slave cult.

In the midst of these most virulent and dark deceptions pulled on humanity, there is but one recourse that will bring back the light: having the courage to totally reject this state of mindless obedience – which has got a large segment of humanity into an unprecedented and abject state of spiritual poverty.

Finding a sufficiency of ‘fire within’ to burn-off the dead corpuscles of self afflicted conformity – that is the call. To bravely reject ‘the great lie’ currently running riot in all corners of the world.

Save yourselves. De-mask – return to humanity – and stand firm for truth, good people of Planet Earth!