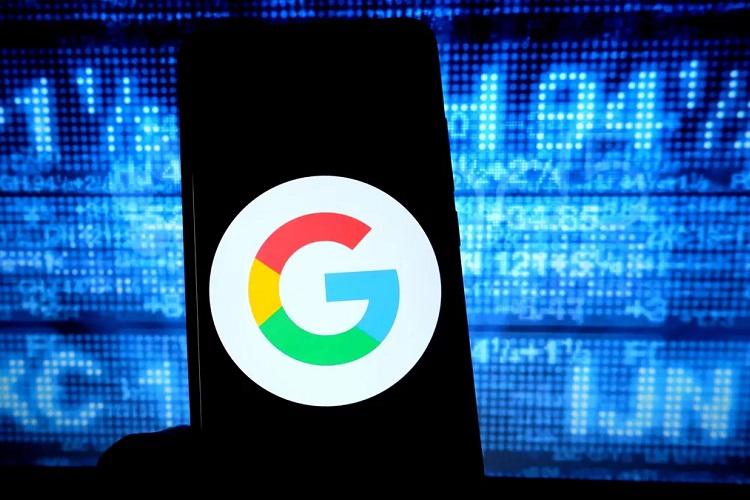 Everyone reading this knows that there are few things on the internet more revealing than their internet search data. It is for this reason that police must seek out a warrant for an actual suspect in order to obtain said data. However, a recently unsealed court document found that government can request such data in reverse order by asking Google to disclose everyone who searched a keyword rather than for information on a known suspect.

To spell it out more clearly, authorities can simply pick a search term and construct a warrant around it without anyone being accused of a crime or being a suspect in a crime, and then Google will simply hand over their data. What could possibly go wrong?

The court files in question that exposed this Orwellian nightmare are from the arrest of Michael Williams, an associate of singer and accused sex offender R. Kelly, for allegedly setting fire to a witness’ car in Florida.

Authorities told Google that they needed information on all “users who had searched the address of the residence close in time to the arson.”

As CNET reports, documents showed that Google provided the IP addresses of people who searched for the arson victim’s address, which investigators tied to a phone number belonging to Williams. Police then used the phone number records to pinpoint the location of Williams’ device near the arson, according to court documents.

While this instance may not seem too intrusive to some, consider the fact of how easily the state was able to obtain search information on completely innocent people.

“This ‘keyword warrant’ evades the Fourth Amendment checks on police surveillance,” said Albert Fox Cahn, the executive director of the Surveillance Technology Oversight Project. “When a court authorizes a data dump of every person who searched for a specific term or address, it’s likely unconstitutional.”

The keyword warrants are similar to geofence warrants, in which police make requests to Google for data on all devices logged in at a specific area and time. Google received 15 times more geofence warrant requests in 2018 compared with 2017, and five times more in 2019 than 2018. The rise in reverse requests from police have troubled Google staffers, according to internal emails.

Naturally, Google, whose been ensnared in controversy after controversy, released a statement claiming that they protect the privacy of its users — unless of course the government tells them to do otherwise.

“We require a warrant and push to narrow the scope of these particular demands when overly broad, including by objecting in court when appropriate,” Google’s director of law enforcement and information security, Richard Salgado, said in a statement. “These data demands represent less than 1% of total warrants and a small fraction of the overall legal demands for user data that we currently receive.”

The company then declined to disclose how many keyword warrants it received in the last three years. So much for that transparency thing.

In Illinois, warrants like the one mentioned above have already been found by federal court to be a violation of the Fourth Amendment. Authorities in Illinois simply told Google that they needed all the historical information about what devices were at certain locations and they received all of it — including the data from the countless innocent people who visited these same locations and google handed it over. Luckily, there are still some members of government who see the ominous nature of police having such easy access to this data.

Todd Spodek, the attorney representing Williams, says he’s seen a bunch of these warrants over the years and worries that they could lead to the arrest of innocent people.

“Think of the ramifications in the future if everyone who searched something in the privacy of their own home was subject to interviews by federal agents,” Spodek said. “Someone could be interested in how people die a certain way or how drug deals are done, and it could be misconstrued or used improperly.”

Indeed, the complete lack of probable cause in these warrants is shocking. A tyrannical state who wanted to identify those who oppose it — peacefully — could turn over one of these keyword warrants to Google and entire activist populations could be categorical rooted out and subject to invasive searches, arrests, or worse.

While it is the state asking for this information, it is Google who is storing in such a way that creates a unique profile on billions of users.

“If Google stored data in a way that was truly de-identified, then they also couldn’t give it to the government,” the Electronic Frontier Foundation’s surveillance litigation director Jennifer Lynch said. “Google’s not setting up their system or changing their practices in a way that could prevent these kinds of searches.”

In fact, they are actually building their system to facilitate this very thing.

As TFTP has reported, the information Facebook and other social media companies keep on its users is utterly mind-blowing, consisting of everything from text messages to liked posts, the social media giant is building profiles on billions. However, this is nothing compared to what Google has.

Google knows where you’ve been

Google stores your location (if you have location tracking turned on) every time you turn on your phone. You can see a timeline of where you’ve been from the very first day you started using Google on your phone.

Click on this link to see your own data: google.com/maps/timeline?…

Google knows everything you’ve ever searched – and deleted

Google stores search history across all your devices. That can mean that, even if you delete your search history and phone history on one device, it may still have data saved from other devices.

Click on this link to see your own data: myactivity.google.com/myactivity

Google has an advertisement profile of you

Google creates an advertisement profile based on your information, including your location, gender, age, hobbies, career, interests, relationship status, possible weight (need to lose 10lb in one day?) and income.

Click on this link to see your own data: google.com/settings/ads/

Google knows all the apps you use

Google stores information on every app and extension you use. They know how often you use them, where you use them, and who you use them to interact with. That means they know who you talk to on Facebook, what countries are you speaking with, what time you go to sleep.

Click on this link to see your own data: security.google.com/settings/secur…

Click on this link to see your own data: youtube.com/feed/history/s…

Google offers an option to download all of the data it stores about you. I’ve requested to download it and the file is 5.5GB big, which is roughly 3m Word documents.

Manage to gain access to someone’s Google account? Perfect, you have a diary of everything that person has done

This link includes your bookmarks, emails, contacts, your Google Drive files, all of the above information, your YouTube videos, the photos you’ve taken on your phone, the businesses you’ve bought from, the products you’ve bought through Google …

They also have data from your calendar, your Google hangout sessions, your location history, the music you listen to, the Google books you’ve purchased, the Google groups you’re in, the websites you’ve created, the phones you’ve owned, the pages you’ve shared, how many steps you walk in a day …

Click on this link to see your own data: google.com/takeout

Google knows every image you’ve ever downloaded and where you accessed them. They also know what events you’ve attended and when—even when you don’t enter them in your own calendar.

What’s more, even if you’ve deleted all this information, Google still has it!

But that’s not all. They also have every email you’ve ever sent and received, including deleted ones and spam. The have a record of every single website you’ve ever visited, every search you’ve ever done, every app you’ve ever used, and every news article you’ve ever read.

As web developer Dylan Curran, based in Waterford, Ireland, pointed out:

This information has millions of nefarious uses. You say you’re not a terrorist. Then how come you were googling Isis? Work at Google and you’re suspicious of your wife? Perfect, just look up her location and search history for the last 10 years. Manage to gain access to someone’s Google account? Perfect, you have a chronological diary of everything that person has done for the last 10 years.

This is one of the craziest things about the modern age. We would never let the government or a corporation put cameras/microphones in our homes or location trackers on us. But we just went ahead and did it ourselves because – to hell with it! – I want to watch cute dog videos.

If we continue to be okay with unknown corporate entities watching our every move, collecting every bit of our personal information, and using all of it against us in unconstitutional agreements with the government, the words “freedom” and “privacy” will become but a fleeting memory.

While you may think you have nothing to hide if you’ve done nothing wrong, it’s only a matter of time before someone deems your completely legal behavior a threat—and uses this massive spy tool to stop that threat.

Now for the solution. Stop giving Google all these permissions, go through your device’s permissions and disable everything that may let Google collect your information. Stop letting Google record you by disabling the voice recognition. Use browsers like Firefox or TOR or Brave that don’t spy on you. Use search engines like DuckDuckgo.com. Use VPNs and quit paying for internet services that allow third-parties to collect your information.

Unless we reclaim our privacy now, we will be responsible for the insane information dystopia that we create. Please share this article as Google will likely make sure it does not make the front page of its search engine.

**This article (Court Records Show Google Gives Keyword Searches Of Innocent People To Cops) was originally published at The Free Thought Project and is re-posted here with permission.**