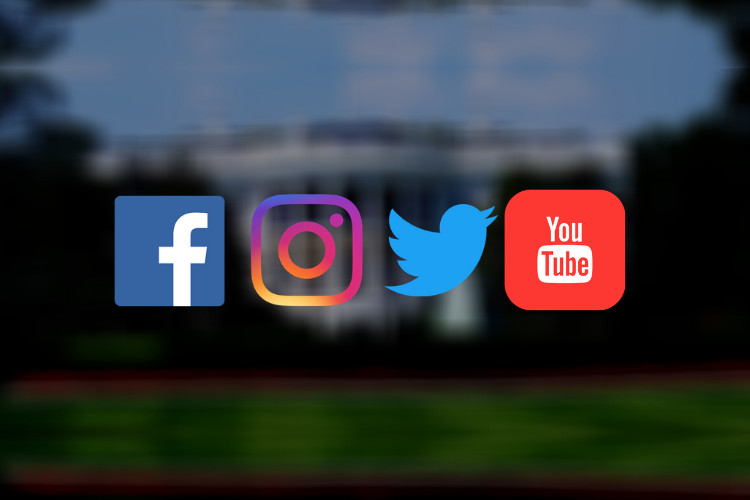 In a solid new article titled “Facebook and Twitter Cross a Line Far More Dangerous Than What They Censor” on the cross-platform silencing of The New York Post‘s publication of Hunter Biden’s emails, The Intercept‘s Glenn Greenwald writes the following:

That is always how it will work: it is exclusively the voices on the fringes and the margins, the dissidents, those who reside outside of the factions of power who will be subjected to this silencing. Mainstream political and media voices, and the U.S. Government and its allies, will be fully free to spread conspiracy theories and disinformation without ever being subjected to these illusory “rules.”

Censorship power, like the tech giants who now wield it, is an instrument of status quo preservation. The promise of the internet from the start was that it would be a tool of liberation, of egalitarianism, by permitting those without money and power to compete on fair terms in the information war with the most powerful governments and corporations.

But just as is true of allowing the internet to be converted into a tool of coercion and mass surveillance, nothing guts that promise, that potential, like empowering corporate overloads and unaccountable monopolists to regulate and suppress what can be heard.

Greenwald is correct. The increasingly iron-fisted internet censorship we’ve seen rolled out over the last four years has consistently targeted groups that are oppositional to the status quo with which monopolistic Silicon Valley megacorporations like Twitter, Facebook and Google have aligned themselves.

Monopolistic corporations, historically, do everything they can to maintain their power. Once you’ve reached a certain level of power and influence, this means agreeing to collaborate with existing power structures, like when Google, Facebook and Twitter were called before the Senate Judiciary Committee and instructed to come up with a strategy “to prevent the fomenting of discord”.

“We all must act now on the social media battlefield to quell information rebellions that can quickly lead to violent confrontations and easily transform us into the Divided States of America,” the social media giants were told by think tanker and former FBI agent Clint Watts, who added, “Stopping the false information artillery barrage landing on social media users comes only when those outlets distributing bogus stories are silenced—silence the guns and the barrage will end.”

Friendly reminder that last year representatives of Google/Youtube, Facebook and Twitter were instructed on the floor of the US Senate that it is their responsibility to "quell information rebellions" so as to "prevent the fomenting of discord.”https://t.co/X4Hc56fH0k

Obviously a violent uprising is something that any sane person would hope to avoid, but when you’re talking about “information rebellions” with vague terms like “discord” and “division” you’re not limiting yourself to the prevention of violence. You’re talking about controlling the flow of information to prevent people from using the power of their numbers to collectively take direct action against the ruling power establishment in any way.

As Greenwald noted, the internet was initially hailed as a tool of the people for democratizing the flow of information instead of allowing that flow to be controlled entirely by the media-owning class, and for the moment it is still far more democratic than it was back before the public had any access to media platforms of their own. People with an ear to the ground understood the potential political ramifications of a new paradigm in which ordinary people can circulate ideas and information without the permission of the establishment political/media class.

The problem came in when the corporations which were elevated to the top of this new paradigm began collaborating more and more brazenly with ruling power structures, to the point where they’re now just openly working with US government agencies to determine what information to censor. They have every incentive to do this as talk of antitrust cases and reinterpreting Section 230 heats up; they know the odds of their monopolies being torn apart go down the more favorable they make themselves to the government powers that would enforce them.

This is a major, major problem for humanity as a species, because we will never be able to make real changes to the systemic problems which are driving us toward disaster as long as establishment power is controlling our ability to interact with each other.

To Those Cheering on Censorship: pic.twitter.com/9bt0t2chE3

It really is that simple. If internet censorship of dissident voices continues to tighten, it will lose any potential to exist as a tool of the people which can be used to advance real change, and will instead exist only as a tool for the powerful which enables them to dispense propaganda narratives at a much faster rate than they previously could. With the added bonus of sweeping surveillance powers.

Remember Alex Jones? Big Texan, voice like a fleet of helicopters, talked about Satan a lot? How often do you notice him these days? I used to see his face around all the time, but ever since his coordinated deplatforming across multiple online platforms I often forget he even exists. I have no idea what he’s even up to these days; he could be a hemp-wearing hippie now for all I know.

Maybe you’re happy to not see Jones himself around anymore, but think about what kind of power these monopolistic platforms have for a second. They can completely disappear someone from public attention at a whim. That’s how thoroughly they’ve come to dominate political discourse, and that’s just too powerful a weapon for a small group of oligarchs to wield.

"If you don't like power companies burning coal, go make your own grid." https://t.co/jxoqJBVO3G

It’s hard to know what to do about this problem. The common argument that is often made sincerely by libertarians and insincerely by liberals is that monopolistic social media platforms which censor speech can be fought by free market competition–that developers can just start new platforms which people will flock to as safe havens from authoritarian regulations. This is a path fraught with obstacles, as Ars Technica explained following a House Judiciary Subcommittee antitrust investigation, because these giant platforms have been actively making competition next to impossible.

Of course people are free to start more fringe alternative social media platforms that won’t be censored. They’re free to dig a hole in the ground and yell into it without censorship, too. In both cases, nobody will hear them; a critical mass of people will never be reached with healthy new ideas and unauthorized information. In order to be allowed to grow to a size where a critical mass could be influenced, they’d be forced to collaborate with existing power structures and implement censorship in the same way Facebook, Twitter and Google are doing.

So I don’t see competition resolving this problem any time soon. I think it’s going to have to be faced directly, in the same way all the other arms of establishment oppression must be faced directly. I think we need to stand as close to the mainstream spotlight as we can, draw as much attention as possible to the dangers of internet censorship by monopolistic oligarchs, and hopefully drum up some support for legal action against these corporations which benefits ordinary human beings.

Straight blocking of URLs was wrong, and we updated our policy and enforcement to fix. Our goal is to attempt to add context, and now we have capabilities to do that. https://t.co/ZLUw3YD887

Basic public pressure helps too. Twitter has announced a rollback of its decision on the New York Post article, opting to attach a disinfo disclaimer instead of blocking to URL. This is still a paternalistic authoritarian intervention into information sharing, but it does show that censorship decisions can be swayed by public outcry. The establishment can only advance ugly policies if people aren’t shining a big bright light on what they’re doing and calling lots of attention to it; they risk losing the ability to manufacture consent if they are too brazenly forceful in their authoritarianism.

Like the rest of our struggle, we’ll either win this battle or we won’t. But we’ve got to do everything we can to make sure humanity comes out on top, because there are very dark days ahead of us if we fail. There are some battles which we can afford to lose because the cost outweighs the benefit and it won’t affect the outcome of the war, but this is not one of those battles.