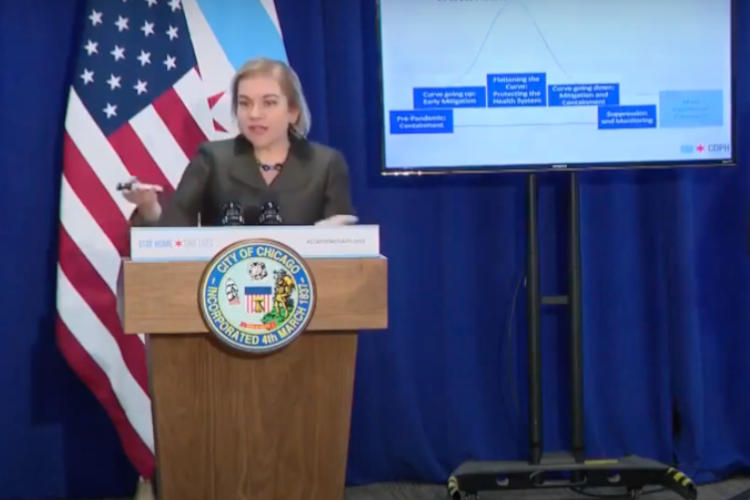 During a recent press conference, the Commissioner of the Chicago Department of Public Health, Allison Arwady, commented on a city mass vaccination campaign, which she says is already well underway. Chicago has a definite plan, has chosen the locations to vaccinate the public, and has even already purchased syringes.

Arwady has become a reliable face for Chicagoans during the pandemic, frequently appearing alongside Mayor Lori Lightfoot, and regularly hosting live question and answer sessions on Chicago Public Health’s social media pages. She was also recently interviewed by local media and when asked about plans for re-opening, did not mention the vaccination campaign.

Arwady appears to be very enthusiastic about the vaccine campaign, which is also no surprise, as the general tenor of the growing vaccine conversation is very much matter-of-fact, as though there is no controversy or debate about whether a vaccine is necessary or even safe.

Potential vaccines are being rushed through production and trials as quickly as possible, which will likely lead to the rollout of a vaccine that has not been adequately proven safe or effective.

Furthermore, whichever pharmaceutical company wins the race to create a vaccine will instantly become insanely rich, as the plan appears to be to vaccinate ‘7 billion healthy people.’

Given these circumstances, having concerns about taking a Covid-19 vaccine are justifiable, but the really big questions about this are going unasked and unanswered.

Will the vaccine be mandatory?

If so, how will it be physically enforced on those who want to opt out?

Will the right to work, go to school, worship, shop, travel, drive, and so on, become state-granted privileges dependent on certification of vaccination?

The answers to these questions could profoundly change the world we live in.

Here’s the clip of Arwady:

Chicago is among the largest cities in the U.S., therefore it is assured that other major cities are doing the same, so this really should come as no surprise. It does, however, dismiss all doubt that the mass vaccination campaigns are already in progress, indicating that government is fully invested in a vaccine as the solution to the pandemic problem.

This article (Chicago Health Commissioner Tells Public a Mass Vaccination Campaign is Underway, ‘We’ve Already Bought the Syringes’) originally created and published by Waking Times and is published here under a Creative Commons license with attribution to Alex Pietrowski and WakingTimes.com.