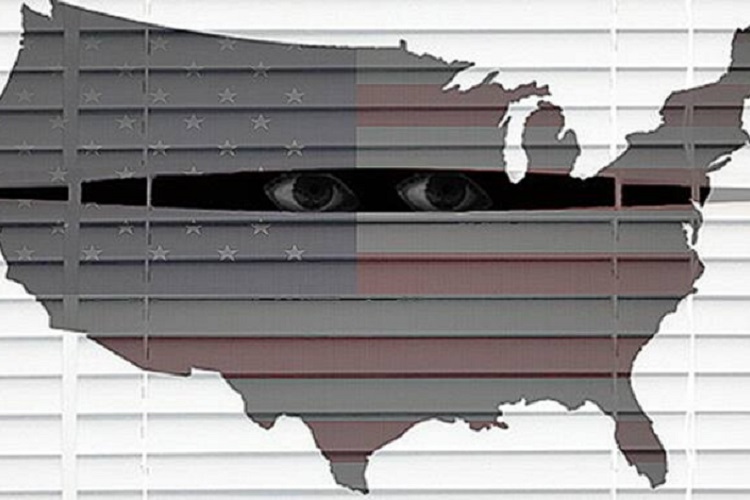 While the world anxiously watches the situation in Iraq unfold, it’s important to understand domestic byproducts of the ongoing military conflict between the United States and Iran.

Specifically, the tensions between the two nations have lead to an increase in the questioning of travelers of Iranian descent who attempt to cross U.S. borders. There have also been reports of police departments exploiting the hysteria to increase surveillance and security measures.

The Electronic Frontier Foundation (EFF) released a statement noting their opposition to any “targeting of people for digital surveillance based on their race, religion, or nationality, at our border and in our interior.” As the Mind Unleashed previously reported, on January 4 more than 60 people of Iranian descent, including U.S. citizens, were held at the border between Canada and Washington state for many hours and questioned. U.S. Customs and Border Protection (CBP) denied that it detained or refused entry to Iranians based on their national origin despite multiple reports from travelers. According to a Buzzfeed report, a CBP officer coerced at least one U.S. citizen into providing the password to his smartphone before taking the phone away for two hours.

“EFF has long argued, including in Alasaad v. McAleenan, that travelers have significant privacy interests in their digital data and that the U.S. Constitution protects such interests at the border,” EFF writes. “We’ve also argued that these rights are not suspended if an international traveler happens to be of a particular race, religion, or nationality. Indeed, digital surveillance at the border, if predicated on these factors, is both unconstitutional and a moral outrage.”

Following Donald Trump’s decision to launch a missile strike into Iraq and kill Iranian General Soleimani, the New York City Police Department and the Los Angeles Police Department announced a boost in security of New York City and Los Angeles. EFF warns that there is reason to be concerned this security boosting could lead to an increase of police surveillance of Iranian communities.

EFF notes that in 2012 both the NYPD and the Newark Police Department settled legal claims brought by civil liberties groups opposing police surveillance and infiltration of Muslims in their cities. The surveillance included shops, restaurants, mosques, and schools. EFF also reminds Americans that in the build up to the Iraq war, the FBI targeted Iraqi Americans for surveillance.

The potential targeting of Iraqis and Iranians is reminiscent of the weeks following the September 11, 2001 terror attacks, when the U.S. government rounded up several hundred individuals suspected of ties to terrorism. The arrests were allegedly based on tips received through a hotline.

In total, 762 people were detained around the country. Some individuals were even deported after being found to have no ties to terrorism. Detainees were held between three to eight months in facilities in New York and New Jersey. Many of the detainees were subject to solitary confinement for 23 hours a day and faced punishment from authorities, including slamming them into walls, bending or twisting their arms, hands, wrists and fingers, stepping on their leg restraints, leaving them handcuffed or shackled in their cells, insulting their religion, and making humiliating sexual comments during strip searches. Since that time, not one U.S. government official has been held accountable.

A lawsuit filed in federal court in April 2002 sought to hold former top U.S. officials accountable, including then-Attorney General John Ashcroft and former FBI Director Robert Mueller. Unfortunately, in June 2017, the U.S. Supreme Court ruled that officials cannot be held accountable for the actions of the post 9/11 kidnappings. The court stated that “high officers who face personal liability for damages might refrain from taking urgent and lawful action in a time of crisis.”

Justice Stephen Breyer wrote the one dissenting opinion, stating, “History warns of the risk to liberty in times of national crisis.” Breyer mentioned the imprisonment of dissenters during World War I, and the “unnecessary internment during World War II of 70,000 American citizens of Japanese origin,” as examples of mistakes the U.S. government ought not repeat.

It’s important that the American public not stay silent during times of turmoil and tension between political leaders. If we stand by silently while power hungry warmongers attempt to take advantage of a crisis, we risk becoming a guilty party in gross violations of basic civil liberties and human rights.

**This article (Byproduct of Iran Conflict: Increased Surveillance and Detained Iranian-Americans) was originally published at The Mind Unleashed and is re-posted here with permission.**