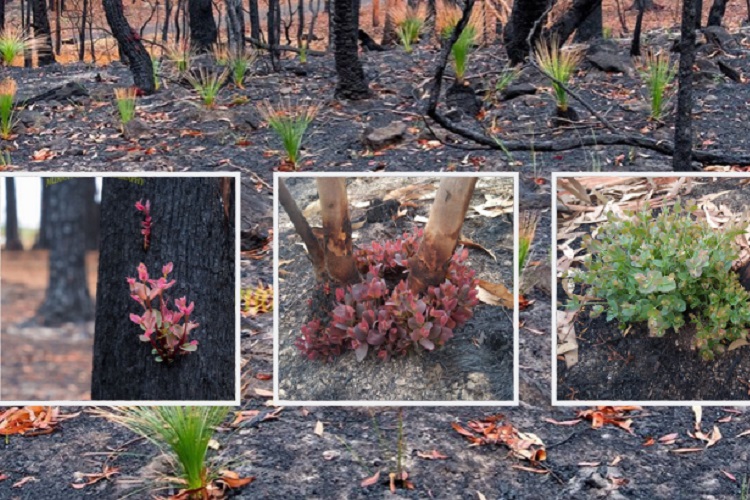 Incredible photographs from Australia showing bush regrowing in areas recently devastated by bushfires are giving hope to thousands of online users who are reeling from the ongoing bushfire crisis.

“Ventured out into the fire grounds today to capture some images of how the Aussie bush responds to fire, and the way it regenerates itself and comes back to life.

Even without any rain, life bursts through the burnt bark from the heart of the trees and the life cycle begins again.

It’s so heartening to see the bush coming back to life again.”

Since posting the photos to Facebook, the images have been shared over 40,000 times. Lowe has been floored by the response. He wrote in an update:

“I did not, in my wildest dreams, anticipate the overwhelming response to my photos that I’ve seen. It’s both humbling, and heart-warming.”

“Thank you for sharing these pictures, it gives a glimmer of hope through these dark days.”

“As the indigenous people of our country say… Australian country depends on fire to regenerate…. It just needs to be managed by people who understand it.”

Lowe is now selling prints of the photos. He plans on donating a portion of the proceeds to victims of the fires.

Other Aussies have also posted photos of the regrowth in their regions as authorities and volunteer firefighters continue to struggle to control the blazes across the country.

Regrowth is already showing in the Blue Mountains after the #bushfires. pic.twitter.com/JM8oWXHH3m