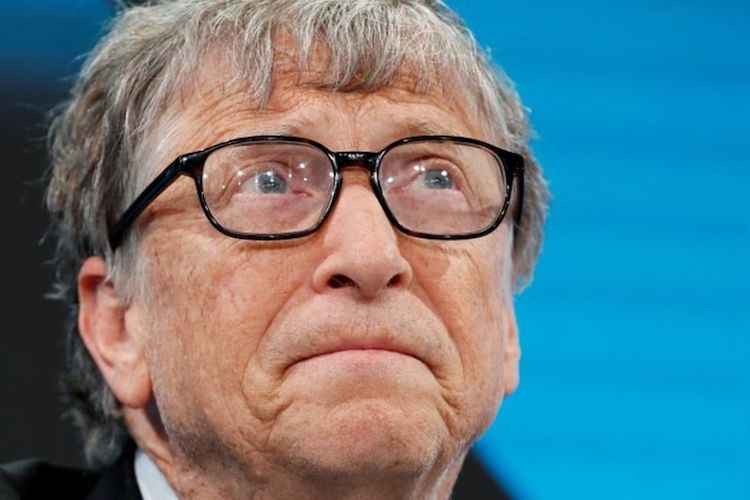 Bill Gates is in his element these days, making appearances on all the mainstream channels, telling everyone about his plan to save the world from Coronavirus.

It involves working closely with pharmaceutical companies to invent and produce billions of doses of a CV-19 vaccine, then use the WHO and governments restrict civil liberties around the globe until people take the vaccine. Oh, and then tracking everyone’s movement and vaccine status with cell phone surveillance, contact tracing, and digital immunity certificates.

Here he is talking about how mass gatherings will not be permitted until you’re all vaccinated:

While there might be a herd of people who are looking for a savior like Bill Gates, so-called ‘conspiracy theorists‘ have been warning the world for decades that Gates has long been positioning himself to be the provider of a pandemic vaccine that would be a safety requirement for all people to travel, drive, work, engage in commerce, worship, gather, or go to school.

But no one elected him to take charge of the situation.

He’s not a politician, not a doctor, not a virologist, nor an epidemiologist, not a scientist, and he’s not even a populist. In fact, he’s been on record for years talking about the need to reduce the global population through vaccine programs that discourage population growth.

What Gates is is a business man, and while he has done a great public relations job of presenting himself as a philanthropist, business and philanthropy together create an uncomfortable conflict of interest.

So uncomfortable, in fact, you can see it on Melinda Gates’ face when in a recent CNN interview she stumbles on her words trying to avoid acknowledging that vaccines are a BUSINESS. When asked about the promise of one of 8 vaccines already in production, Melinda replies:

“I’d say it looks promising. We wouldn’t have put it into pre-clinical trials if it wasn’t, but, you know, to be honest, since we’ve been in this, this, er, business before of vaccines, you want to have many candidates…”

This is a free world, supposedly, so if you want a Gates’ sponsored vaccine, good for you, go for it. Go ask your doctor, and go spend your money on it.

Apparently, though, a LOT of people are NOT interested, and people from all over the world are absolutely destroying Gates on his Twitter account over this. To be honest, it’s one of the most comforting displays of solidarity and resistance I’ve seen in these darkening times.

On Gates’ own Twitter page, nearly every post of his is flooded with people calling him out for the damage his vaccine programs have caused, and declaring their right to refuse any vaccine about to be rolled out for this. The following post is an instant classic:

On #WorldHealthDay — and every day — I want to thank all of the health heroes for their sacrifices and for keeping us safe. pic.twitter.com/0x9QFSrlQb

Some choice comments include this one created by people of the Democratic Republic of Congo who do not wish to be guinea pigs for Covid-19 vaccine trials in Africa:

And this one reminds us of the close ties between Gates and Anthony Fauci. Conflict of interest, you say?

Someone else posted a picture of Gates with known pedophile and sex-trafficker Jeffrey Epstein:

Bill can’t stop a computer virus and was never elected to any role in public health https://t.co/qX9Gy1mSTU pic.twitter.com/hbpQhhl6O4

And there are memes:

A declaration of medical independence:

WE DO NOT CONSENT! We know what you’ve been up to Bill. 👀

It just goes on and on, so if you’re looking for signs of hope right now, take a few minutes to see how people around the world are feeling about this.

And the following compilation of responses to Gates is quite hilarious. Enjoy!

This article (Bill Gates Being Destroyed on Twitter is the Most Uplifting Thing You’ll See Today) was originally created and published by Waking Times and is published here under a Creative Commons license with attribution to Vic Bishop and WakingTimes.com. It may be re-posted freely with proper attribution, author bio and internal links.