With Tourists Being Kept Away, Groups of Crocodiles Take Over Mexico Beach to Play 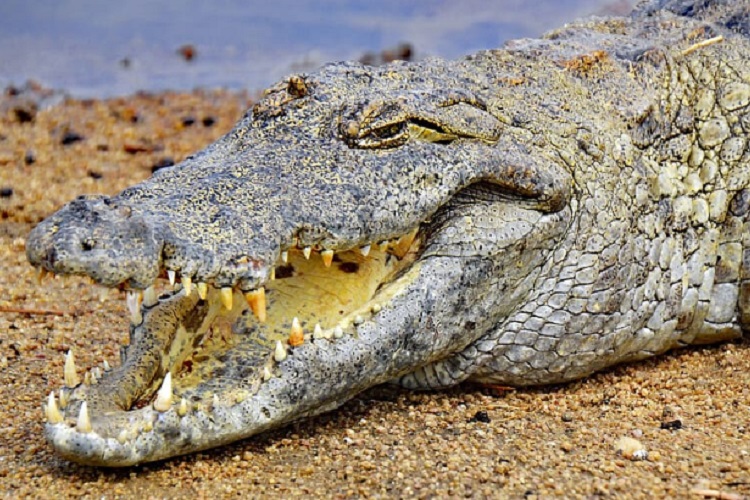 We’ve seen it play out across the globe, from India to Italy and U.S. National Parks—with human activity virtually screeching to a halt, the environment and the animal kingdom have enjoyed a small breather.

And while some places are seeing cute animals frolicking about, the tourist destination of La Ventanilla in Mexico’s southern state of Oaxaca is seeing massive crocodiles emerge to take over beaches for the first time in decades.

Located in the Oaxacan coastal city of Santa María Tonameca, the village of La Ventanilla is a popular attraction due to its sensitive ecological sites including a mangrove lagoon where a range of rare birds, crustaceans, and reptiles dwell.

Among these creatures are a number of crocodiles of different sizes which are protected by local ecotourism cooperatives and who spend much of their time avoiding tourists visiting from the nearby beaches of Puerto Escondido and Huatulco, reports Mediotiempo.

Local authorities have long been concerned by the somewhat predictable outcome of humans and crocodiles coexisting in their shared habitat.

In Oaxaca, crocodiles frequently encroach on human-populated zones, such as when a crocodile attacked a fisherman who was enjoying a siesta on the nearby Boca Barra beach in November, reports Mexico News Daily.

But as the English-language newspaper also noted: “when the tourists are away, the crocs will play.” And with the large reptilian creatures no longer forced to live in fear of humans, they’ve clearly become emboldened enough to encroach on abandoned sites left behind by vacationers.

On Saturday, a photo taken by Janitzio Ramos and shared on Facebook by Esau Zavaleta showed that this is clearly the case as a group of crocodiles—also known as a bask—could be seen lounging around on the Ventanilla beach.

Federal environmental protection agency Profepa had been carrying out a census in the local lagoons due to the frequently violent interactions between crocodiles and humans, reports Milenio. However, due to a lack of resources and the public health crisis unleashed by the recent coronavirus pandemic, the project ground to a halt.

In early April, the Mexican federal government began to close all of the country’s beaches to prevent crowds of people from gathering there and forming outbreak clusters that would spread the novel coronavirus.

The Mexican government has even mobilized the National Guard alongside municipal police agencies to prevent access to beaches, especially during the recent Semana Santa (Holy Week) and Easter holiday season which typically attracts tens of thousands of people from all over the world to the country’s beaches.

Last month, about 211 students from the University of Texas at Austin flew to Cabo San Lucas to take part in Spring Break revelries from March 14-19. Out of those students, 49 have tested positive for the novel coronavirus that causes CoViD-19 as of April 3, according to the school.

In addition to crocodiles taking over the Oaxaca beach, there have also been reports that leatherback sea turtles and even jaguars are entering once-bustling tourist locations in places like Cancún and Riviera Maya.