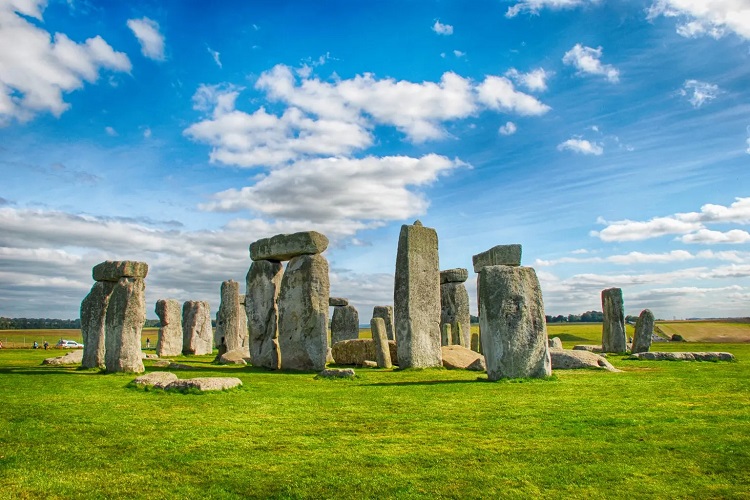 Earlier this month, the British government granted permission for the construction of a controversial tunnel alongside the Stonehenge monument, which supporters say will help with traffic congestion in the area.

However, scientists and researchers are obviously concerned that the construction could destroy ancient sites or artifacts that have yet to be discovered in the Stonehenge area. Indeed, even after all this time, researchers are still making new discoveries at the historical site, and many of these discoveries are in the areas surrounding the most famous monuments.

Highways England first submitted a planning application for the site in 2018, seeking permission to make changes to the major single carriageway A303 road.

"The Planning Inspectorate had recommended Transport Secretary Grant Shapps withhold consent, warning it would cause "permanent, irreversible harm" to the World Heritage site."

So what has the Government done?

The road runs very close to the monument and is a hotspot for traffic because it is so small, and not equipped to handle the growing population of the region. In addition to Stonehenge visitors, the road also carries heavy truck traffic and holiday travelers heading to seaside destinations in Cornwall and Devon.

Despite the fact that the Planning Inspectorate recommended that the government “withhold consent,” they approved the application anyway.

We’ve been given the go-ahead to deliver the #A303Stonehenge upgrades by the Secretary of State for Transport.

Highways England promised that the project will reduce the sound of traffic, and said that preparations will begin next year. In response, groups that want to preserve the area around the monument have begun a campaign to stop the construction of the new tunnel.

Vince Gaffney, a landscape archaeologist at Bradford University and co-leader of the Stonehenge Hidden Landscape Project, which has recently made new discoveries at the site, said that technology is allowing researchers to learn more about ancient sites like these, even though it was once believed that these areas were fully excavated.

“Remote sensing has revolutionized archaeology and is transforming our understanding of ancient landscapes—even Stonehenge, a place we thought we knew well. Nobody had any idea these were there. What else don’t we know?” Gaffney said told National Geographic.

The British government has given the green light to a $2.2 billion tunnel under Stonehenge aimed at reducing congestion near the prehistoric monument https://t.co/sdMveVzc8V pic.twitter.com/7NRXwYGNB9

Tom Fort, author of Highway to The Sun, a history of the A303, said that the road has been a source of contention for generations.

“The road was never designed for anything like these levels of traffic. They’ve improved segments of it piecemeal over the years, widening them into four-lane divided highways, but the stretch around Stonehenge was always the tricky part. Nobody has ever been able to agree on what to do about it,” Fort said.

The Campaign to Protect Rural England and the British Archaeological Trust, issued a statement to the government requesting that they reconsider the approval.

“If A303 widening at Stonehenge is felt to be essential, it should be done by means of a deep-bored tunnel at least 4.5 kilometres [2.8 miles] long. Anything shorter would cause irreparable damage to this landscape, in breach of the World Heritage Convention,” the statement read.

Not all archaeologists are against the proposed road, some of them feel that the traffic and noise are more damaging to the site, and could help people enjoy the attraction more.

Stonehenge has been a legally protected Scheduled Ancient Monument since 1882, when legislation to protect historic monuments was first successfully introduced in Britain. The site and its surroundings were added to UNESCO’s list of World Heritage Sites in 1986. Stonehenge is owned by the Crown and managed by English Heritage; the surrounding land is owned by the National Trust.