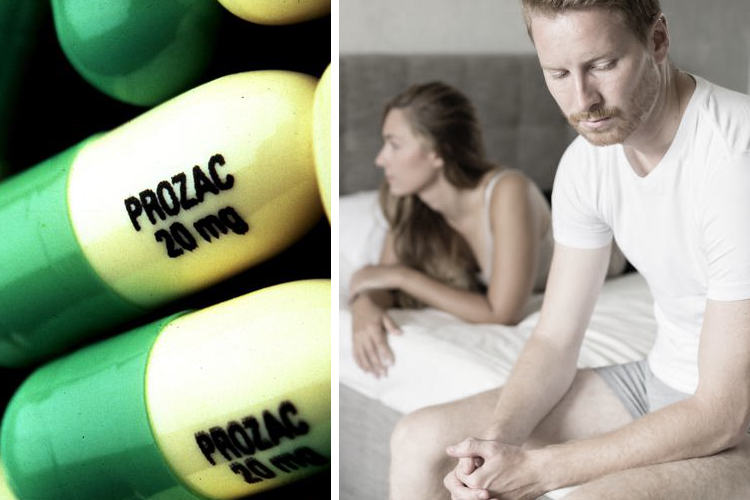 It’s been twenty years since Viagra first hit the U.S. market, and in that time erectile dysfunction (ED) drugs have grown into a nearly $3 billion a year market.

Incidentally, in the last fifteen years there has also been a 65% surge in the use of antidepressants, and today over 40 million Americans regularly take them, with some 25 million people having been on them for a period longer than two years. The U.S. antidepressant market is now worth $14 billion a year and climbing.

Just as with the tobacco industry, the sugar industry, chemical companies, and even the automobile industry, when such insane amounts of money are involved, the truth about a product’s side-effects are often hidden until evidence of harm becomes too obvious to ignore.

Perhaps we are slowly approaching such a tipping point with antidepressants and anti-psychotic medications, as more studies and evidence warn us that not only are these drugs exceptionally hard to quit, but the under-discussed side-effects are startling, including a wide-range of sexual dysfunction for both men and women.

A breadth of research supports this startling fact, and in 2019 the European Medicines Agency (EMA), which is tasked by the EU to evaluate and supervise medicinal products, acknowledged in a public statement that SSRI’s and SNRI’s can lead to persistent sexual dysfunction.

“On Thursday 16 May, PRAC [Pharmacovigilance Risk Assessment Committee] concluded that sexual dysfunction, which is known to occur with treatment with SSRIs and SNRIs and usually resolves after treatment has stopped, can be long-lasting in some patients, even after treatment withdrawal….”

“While reports of certain issues were unique to the antidepressants, such as the onset of premature ejaculation and persistent genital arousal disorder (PGAD), there was also a significant overlap in symptom profile between the drug groups, with common features including genital anaesthesia, pleasureless or weak orgasm, loss of libido and impotence… Secondary consequences included relationship breakdown and impaired quality of life.”

“The ability of serotonin reuptake inhibitors to reduce genital sensation is well known. Almost everyone who takes one will experience some degree of genital numbing, often within 30 minutes of taking the first dose… This numbing is comparable to the effect of local anaesthetics such as lidocaine, and underpins the use of both SSRIs and local anaesthetics in the management of premature ejaculation. “

Genital numbing… say what?!? The study also identified a host of other startling side effects, as outlined here by Mad In America:

This is really just the tip of the iceberg, and the pharmaceutical industry is being called on to add specific warnings about this to their products. In 2018, Healy and a consortium of 21 other psychologists, psychiatrists, practitioners, neurologists, and other professionals in related fields drafted a citizen’s petition to…

“…request the Commissioner of Food and Drugs to immediately require the addition of boxed warnings to the product label for all selective serotonin reuptake inhibitor (SSRI) and serotonin-norepinephrine reuptake inhibitor (SNRI) products, including branded and generic formulations. Some of these include, but are not limited to, citalopram (Celexa), desvenlafaxine (Pristiq), duloxetine (Cymbalta), escitalopram (Lexapro), fluoxetine (Prozac), paroxetine (Paxil), sertraline (Zoloft), venlafaxine (Effexor), and vortioxetine (Trintellix).”

“Without adequate warnings about the risk of potentially permanent damage to sexual functioning, patients are being deprived of informed consent. It is currently impossible for patients and health care professionals to weigh the benefits of treatment against the harms. We therefore request that clear warnings are immediately added to all SSRI and SNRI products.”

In the following short video, Mayo Clinic psychologist, Dr. Jordan Rullo, talks about antidepressant-induced female sexual dysfunction and how common it is for patients to not tell their doctor or provider, as most patients are too uncomfortable discussing this subject.

Nearly half of all Americans regularly take some kind of pharmaceutical drug and over 8 million children are now on psychiatric drugs, and it is believed that much of this is the result of over-prescribing medications to patients who could possibly otherwise benefit from more holistic or natural remedies. Given that so many of these medications are relatively new, having only been in circulation for a generation or so, millions of people are essentially serving as guinea pigs for testing of the long-term effects of these drugs.

When you add the disturbing profile of sexual dysfunction to this picture, the current statistics on drug use become evermore concerning.

This article (Antidepressants are a Major Cause of Sexual Dysfunction but Nobody Talks About It) originally created and published by Waking Times and is published here under a Creative Commons license with attribution to Alex Pietrowski and WakingTimes.com.