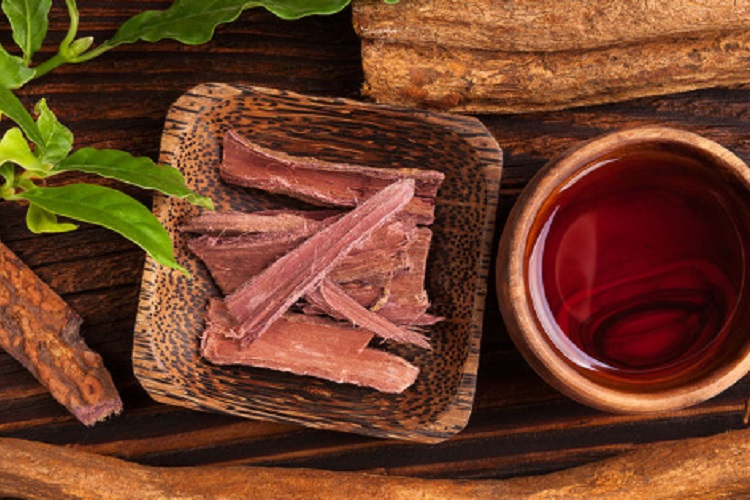 A study published in Psychological Medicine found a positive correlation between a single dose of ayahuasca and a significant and rapid reduction in depression severity amongst patients with moderate to severe depression.[i]

While further research is needed to determine the efficacy of different dosage amounts and reduce possible side effects, researchers hypothesize that ayahuasca could be one of the most powerful natural antidepressant substances yet discovered, with multiple documented physical and psychological health benefits.

Depression As a Growing World Problem

A study conducted in 2018 estimated that some 350 million people worldwide suffer from depression, and the World Health Organization (WHO) has predicted that depression will soon rank second in global disease burdens.[ii]

The core symptoms of depression include loss of interest or pleasure in daily activities, insomnia or hypersomnia, agitation, appetite and weight loss or gain, low feelings of self-worth, reduced concentration and in some extreme cases, thoughts of suicide or suicide attempt. The severity of depression-related symptoms is of global cause for concern.[iii]

While antidepressant medications have dangerous side effects and are often ineffective, they’re the first line of treatment for many conventional physicians. A particular related concern is treatment-resistant depression. In this study, treatment-resistant depressive patients were defined as patients who had tried two or more antidepressant medications and had seen no improvement in their condition.

Additionally, all participants in the study were described as having moderate to severe depression, had no prior experience with ayahuasca and had no personal or family history of schizophrenia or bipolar affective disorder.

Ayahuasca, a tropical plant native to the Amazon jungle, is known for its psychedelic properties and the bark and leaves are often used for religious tea ceremonies in South America.[iv] As its usage has spread to the western world, researchers have become increasingly interested in its potential therapeutic benefits.

The active ingredients in ayahuasca are β-carboline, a compound displaying numerous pharmacological properties including antitumor, anticonvulsant, sedative and antimicrobial properties, and tryptamine elements, which can cause hallucinogenic effects.[v],[vi]

As the research of ayahuasca advances, multiple studies have presented ayahuasca usage as a safe and viable option for treating treatment-resistant depression. However, prior to this study, most research had not accounted for the placebo effect or fully studied the possible side effects of ayahuasca usage, including nausea, severe vomiting and diarrhea.[vii]

Ayahuasca works by stimulating multiple areas of the brain and upregulating platelet serotonin transporters. Disorders associated with low serotonin transporters include depression and alcoholism, and researchers have theorized for years that ayahuasca could have a positive impact on these diseases.[viii]

Furthermore, ayahuasca is non-addictive, making it an attractive substitute for antidepressant medications, many of which have addictive qualities.[ix],[x] Additionally, ayahuasca has been found to have numerous neuroprotective and psychological benefits thanks to its main compounds, β-carboline and tryptamine. Benefits of ayahuasca include:

While additional research is needed to further authenticate these benefits, researchers are pleased with the potential benefits even a small amount of ayahuasca brew produces in patients with depression.

Side Effects of Ayahuasca Use

Short-term side effects of ayahuasca are well known and include:

While these effects are only temporary and are often considered purgative rather than toxic, they can be unnerving and unpleasant. In a few cases, more serious effects of ayahuasca usage include increased blood pressure and heart rate, headaches and interactions with medications.[xxi],[xxii]

However, all long-term studies found that ayahuasca and other psychedelics were well-tolerated and resulted in only short-term headaches and mild increases in heart rate.[xxiii]

Until further research can be done to determine ways to maximize the benefits of ayahuasca use and minimize any potentially dangerous side effects, doctors caution against the use of ayahuasca, especially for those with heart conditions, psychiatric disorders, or anyone taking medications. Additionally, ayahuasca should only be taken under the guidance of a trained health care provider able to monitor for potentially life-threatening side effects.[xxiv]

Still, as the research surrounding ayahuasca benefits grows, researchers are convinced that ayahuasca offers potential benefits that far outweigh any potential short-term side effects. Long-term studies indicate that even a one-time dosage of ayahuasca can positively impact mood with minimal adverse effects, and suggest that ayahuasca may be the most powerful antidepressant discovered to date.

Clearly, the potential for ayahuasca’s therapeutic value in treating depression, especially treatment-resistant depression, is immense. To learn more or to view additional research on the therapeutic benefits of ayahuasca, visit the GMI Research Dashboard on ayahuasca: 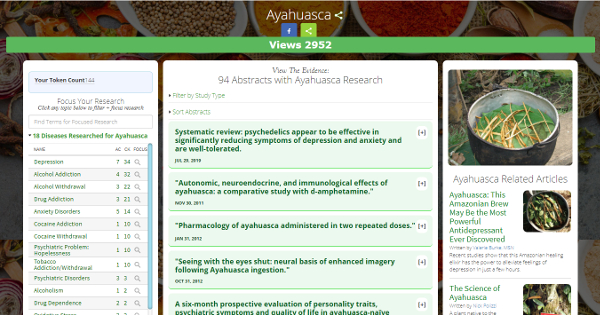