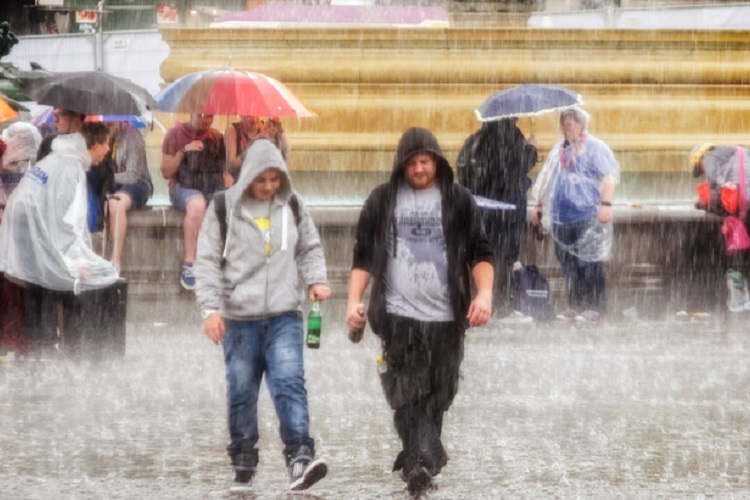 Fire-afflicted regions of Australia will be getting a welcome respite as a storm later this week is set to deliver a major drenching that hasn’t been seen in months.

The country’s Bureau of Meteorology (BOM) has released a forecast for the next seven days that shows that bushfire and drought affected areas will be enjoying “significant relief” in the coming storm.

Coastal regions will see the majority of the incoming rain, which will also likely entail flash flooding in certain zones.

Sky News Weather chief meteorologist Tom Saunders said that Queensland and the hard-hit state of New South Wales (NSW) will be the chief beneficiaries of the “huge amount” of rain, which will offer “significant drought relief.” He said:

“It could be enough rain for widespread flash flooding, perhaps even river flooding, through eastern NSW and the far southern part of Queensland.

It’s enough rain to extinguish bushfires up and down the eastern seaboard.”

Along with the unprecedented fires that have raged the island nation since September, arid conditions due to a prolonged drought have wrought heavy damage on the livelihoods of farmers and local economies.

However, farmers in the north coast of New South Wales will likely be overjoyed by the news of the heavens parting to dump over 200 millimeters (nearly 8 inches) of rain across the region, while the Australian Capital territory will see at least 100 millimeters (almost 4 inches) of rain—an amount that should make a significant contribution to putting out bushfires that have flared up in the last few days.

In a tweet, the NSW Rural Fire Service wrote:

“Easing conditions have seen all fires now at the advice alert level. More than 1500 firefighters will use favourable conditions to work on containment of a number of large fires.”

Dean Narramore of the Bureau of Meteorology told ABC:

“Many of the fires that we had earlier in September and October in northern NSW will see this widespread rainfall.

And it looks like even many of the ongoing fires to the west of Sydney and down towards the south coast and into East Gippsland will also get some of this rainfall as well.

It’s definitely looking like all fire zones will at least get some rainfall in the coming weeks.”

The massive storm is being caused by a huge high pressure system that has been gathering strength over the southern Tasman Sea.

The country has been coping with unpredictable weather over the past month, including massive dust storms and golf ball-sized hailstones that battered parts of the country.

Despite the harsh effects of the thunderstorms, the rain is more than welcome in terms of helping to extinguish the devastating bushfires that have plagued the country for the past several months.