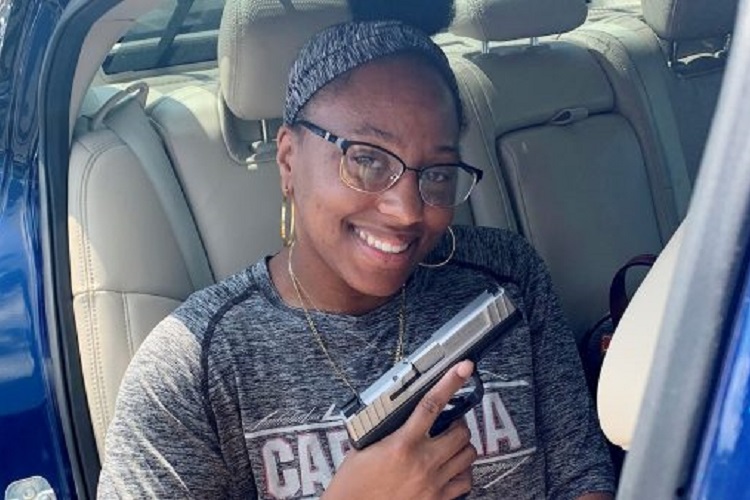 Myrtle Beach, SC — In South Carolina, according to their extreme laws, a man can violently rape his significant other and it is only considered illegal if the act involves a weapon or “highly aggravated” violence. If the victim waits more than 30 days, even if it involved a weapon or highly aggravated violence then she has no recourse. Continuing down the same misogynist road, in a move that echoes many laws in the terrorist nation of Saudi Arabia, South Carolina will also kidnap and cage women for wearing skimpy bikinis on the beach.

In 2020, one would think that a woman wearing a thong bikini on a beach would be a non-issue. Sadly, however, as the video below illustrates, one would be wrong.

Sam Panda and her friends went to Myrtle Beach over the weekend and because she and another woman were wearing revealing bikinis, they became the target of the police state.

According to Sam, a “Karen” called police on them because she was offended at their bikinis. Seriously.

“A woman called the cops on me because of my bikini,” Sam said. “That’s how this all started. Some Karen decided that my body was offensive to her and showed her child that her body could one day lead to her arrest. Her body could be the reason a grown ass man violates her. Her body is wrong.”

According to South Carolina law, it is illegal to be nude on the beach:

It shall be unlawful for any person to intentionally appear on any public beach, beach access, in the public waters, any other public property, or in view of the public in such a state of dress or undress so as to expose to the view of others specified anatomical areas. Specified anatomical areas means human male or female genitals, pubic area, pubic hair, buttocks, anus, vulva, or any portion of the female breast at or below the areola thereof.

They were not nude. Sam and her friend, though their bikinis were skimpy, did not show their bare nipples or buttocks. It is the amount of butt being shown that apparently enraged the “Karen” and subsequently set off the cops.

As the video shows, the officers handcuffed the scantily clad duo and brought them to their truck where they broke out the law book which stated that it is illegal to be nude. But Sam and the man filming objected to the officers’ claims, pointing out the fact that neither of them were showing any nudity.

As the cops are dealing with two women in bikinis, they apparently felt threatened because they called for backup. Eventually, the officers concede that they shouldn’t be arresting two women for their choice of attire and they are uncuffed and allowed to return to the beach — but not before being detained and “slut shamed” for over 20 minutes by Myrtle Beach’s finest.

After the incident, Sam pointed out just how ridiculous and demeaning it is for a mother to call the cops on another woman over her body.

“If you are a woman, and you decide to call the police on other women for their bodies ON A BEACH, IN FRONT OF YOUR TEENAGE DAUGHTER…

You have allowed a 105 pound woman to get rushed, aggressively grabbed, manhandled, and cuffed. You allowed two women to be slut shamed publicly on a beach for their bathing suits.

And worst of all, you showed your daughter that her body is something she should be ashamed of and could be detained for. You showed her that a man can harm a woman over the way her body is viewed by other people. You have objectified a female body that does not belong to you and have showed your daughter that those actions are acceptable.
You should be absolutely ashamed of yourself.

Though these women were let go, other women, on the exact same beach haven’t been so fortunate. In 2013, Tiara Monique Garness and three of her friends were arrested and charged with indecent exposure because the skimpy swimsuit didn’t cover her buttocks. Sam and her friend were white while Tiara and her friends were black.