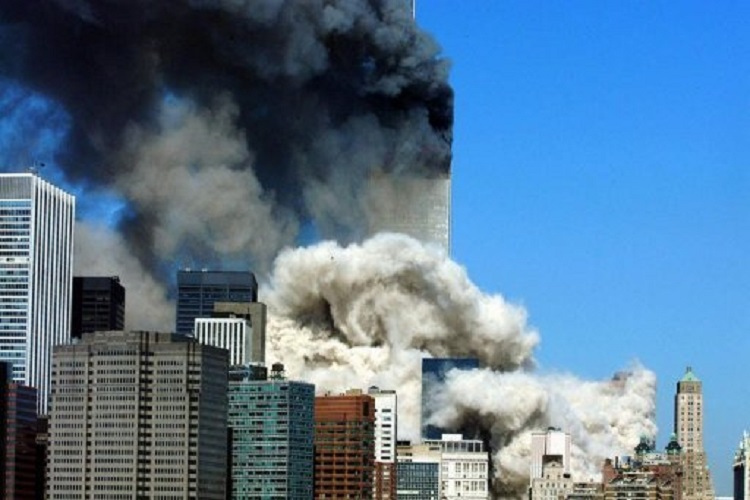 Rarely, in the two decades since 9/11 has the mainstream media done anything but uphold the establishment’s narrative on the official story of that tragic day. This is in spite of countless testimonies from experts in the field, government agents, law enforcement, and even the president contradicting the official narrative. However, on Thursday, all that changed, and 200 PBS affiliates across the country will start airing a mini-documentary about the explosive findings of the recently completed University of Alaska Fairbanks study on the destruction of World Trade Center Building 7.

The film is titled Spotlight On: SEVEN and will run for three whole months on 200 local PBS stations, reaching millions. Below is an announcement on the paradigm shifting move by PBS from Architects & Engineers for 9/11 Truth:

For those wanting to watch the short film on television, “Spotlight On” programs do not air at scheduled times because they run as needed in between longer shows. To have a good chance of catching it, you’ll need to be tuned in to PBS often. But rest assured that Spotlight On: SEVEN will be seen by at least three million people, most of whom will never have heard of or seen the collapse of Building 7.

We at Architects & Engineers for 9/11 Truth are grateful to the hundreds of supporters who donated so that SEVEN could air on PBS.

The impending release of SEVEN on PBS has been attracting media coverage all week, including this report on nationally broadcast Fox News Radio:

lip from Film: “You didn’t hear anything about World Trade Center 7, not for a long time.”

Reporter: “A film dedicated to the controversy surrounding the collapse of World Trade Center Building #7 will air on PBS starting Thursday. The film is a project of the Architects & Engineers for 9/11 Truth. Together, they dispute the original findings from the National Institute of Standards of Technology that say it’s the first tall building to fall due to fire.”

Clip from Film: “They [federal investigators] ignored evidence. And it wasn’t because they didn’t know about it.”

Reporter: “Following the release of their own study and joining together with the families of those that lost loved ones, they submitted a request for correction so that a new theory that is physically possible and consistent with the evidence emerges. Michelle Pollino, Fox News.”

The idea of such an establishment-challenging narrative playing to millions of Americans on one of the most critical instances in American history, cannot be overstated. It is massive.

As TFTP reported in April, Architects & Engineers for 9/11 Truth announced the completed partnership with the University of Alaska Fairbanks (UAF) in their final report of an in depth four-year study on what they say actually brought down WTC 7. According to the press release, contrary to the conclusions of NIST, the UAF research team finds that the collapse of WTC 7 on 9/11 was not caused by fires but instead was caused by the near-simultaneous failure of every column in the building.

“Our study found that the fires in WTC 7 could not have caused the observed collapse,” said Professor Leroy Hulsey, the study’s principal investigator. “The only way it could have fallen in the observed manner is by the near-simultaneous failure of every column.”

The extensive four-year study was was funded by Architects & Engineers for 9/11 Truth (AE911Truth), a nonprofit organization representing more than 3,000 architects and engineers who have signed the organization’s petition calling for new investigation into the destruction of the three World Trade Center towers on 9/11.

“We are proud to have supported the University of Alaska Fairbanks and Professor Leroy Hulsey in conducting a genuinely scientific study into the reasons for this building’s collapse,” said Richard Gage, president and founder of AE911Truth. “It is now incumbent upon the building community, the media, and government officials to reckon with the implications of these findings and launch a new full-scale investigation.”

According to the study’s authors:

The UAF research team utilized three approaches for examining the structural response of WTC 7 to the conditions that may have occurred on September 11, 2001.

First, we simulated the local structural response to fire loading that may have occurred below Floor 13, where most of the fires in WTC 7 are reported to have occurred.

Second, we supplemented our own simulation by examining the collapse initiation hypothesis developed by the National Institute of Standards and Technology (NIST).

Third, we simulated a number of scenarios within the overall structural system in order to determine what types of local failures and their locations may have caused the total collapse to occur as observed.

The results of this study cannot be dismissed, nor can the fact that the mainstream is now broadcasting it to millions of Americans. It completely destroys the narrative that has been shoved down the throats of Americans for nearly two decades. What’s more, this study backs up thousands of other researchers, scientists, and engineers who have been pointing this out for years.

Below is the official trailer. It is only 2 minutes long, but extremely powerful, which begs the question, do you think it will be allowed to run the entire three month period?