The COVID-19 Pandemic Has Caused A Global Bicycle Shortage 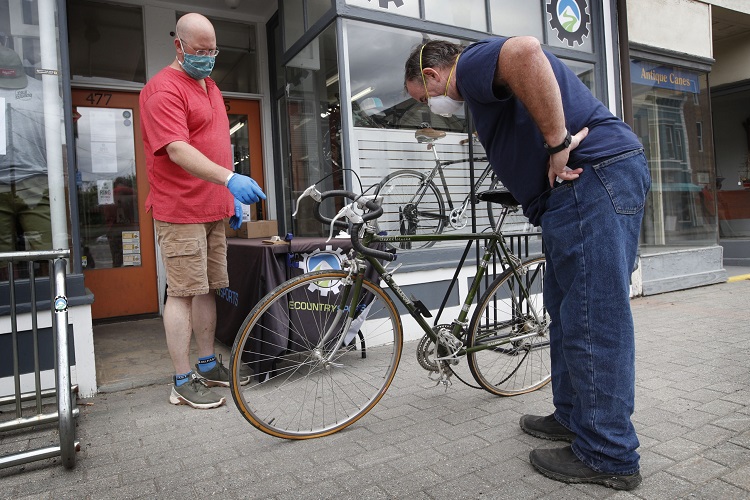 While the rest of the economy was shutting down, bicycle shops across the world were seeing a drastic bump in business as a result of the coronavirus pandemic. Bicycle shops, deemed “essential businesses” in many states, saw demand explode after health-conscious people were locked out of their gyms and others were too fearful to ride mass transit.

Bikes at large U.S. retailers like Wal-Mart and Target have been missing from shelves for weeks. Independent shops are also doing “brisk business” and are selling out of bikes, according to AP. In fact, over the last two months, bike sales have seen their biggest spike since the oil crisis of the 1970s.

The trend is being seen worldwide, too. Cities like London, Manila and Rome are all seeing surging bike use and are installing bike lanes to accommodate their respective cities’ interest. In the Philippines, bike shop owners say the demand is “stronger than Christmas” and the government in Italy is boosting sales with financial incentives for bikes as part of their government stimulus.

But bikes simply aren’t available in places like the U.S., which relies on China for about 90% of its bikes. Production in China has been largely shut down due to the virus and is only just now resuming. The spike in sales began back in March when the U.S. started to shut down and people were forced to stay at home.

Adult leisure bike sales tripled in April and overall U.S. bike sales doubled from the year before. Prior to the pandemic, the industry was projecting lower sales based on poor volume in 2019.

Dutch e-bike maker VanMoof is seeing “unlimited demand” since the beginning of the pandemic. Its sales are up 138% in the U.S. and 184% in Britain between February and April. Co-founder Taco Carlier said: “We did have some issues with our supply chain back in January, February when the crisis hit first in Asia. But the issue is now with demand, not supply.”

Dave Palese at Gorham Bike and Ski said: “Kids are looking for something to do. They’ve probably reached the end of the internet by now, so you’ve got to get out and do something.”

Brian Smith bought a new bike for one of his daughters since she is a swimmer and didn’t have access to her pool any longer. They use their bikes every day and his family rides together several times a week. “It’s fun. Maybe that’s the bottom line. It’s really fun to ride bikes,” he said.

Joe Minutolo, co-owner of Bar Harbor Bicycle Shop, said: “People are having a chance to rethink things. Maybe we’ll all learn something out of this, and something really good will happen.”