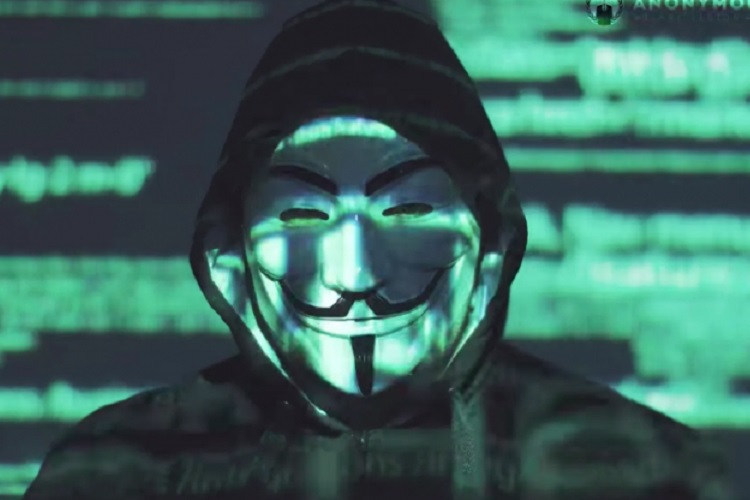 With cities across the United States facing raging unrest in the aftermath of the killing of George Floyd by the Minneapolis Police Department, law enforcement agencies have had their hands full trying to control the massive backlash on all fronts.

And now, things may have gotten much more complicated after the long-dormant hacktivist group Anonymous has made a sudden reappearance to support those who are fighting against police brutality across the country.

On Saturday night as major cities like Los Angeles, New York, Minneapolis and Chicago were awash in battles between police and civilians, the hacker collective made its first set of moves to kick off its return to the scene.

One of the first actions the group took was hijacking the police radio scanners belonging to the Chicago PD and using it to play NWA’s 1988 hip-hop classic “Fuck Tha Police,” the protest song against police harassment and brutality that became the unofficial anthem of the Los Angeles Uprising of 1992.

While the group controlled Chicago police scanners, they also played polka music – a fitting choice considering that the Windy City is the unofficial U.S. capital of the European musical genre.

The Minneapolis Police Department’s website was also disabled along with the parent City of Minneapolis site, according to a number of user reports.

By early Sunday, visitors to the site continued to notice issues, including being forced to enter “captchas” proving they weren’t bots in the front-end interface hosted by security firm Cloudflare – a common sign that the sites were facing distributed denial of service (DDoS) attacks meant to disable the site by flooding it with traffic, Variety reports.

The disruptions to Chicago PD scanners and Minneapolis municipal sites came right after social media accounts claiming to be affiliated with Anonymousreleased a video on May 28 putting Minneapolis PD on notice that the group “will be exposing your many crimes to the world,” adding that last Monday’s “brutal killing of George Floyd… is merely the tip of the iceberg in a long list of high-profile cases of wrongful death at the hands of officers in your state.”

Anonymous message for the American Spring.

“After the events of the past few years, many people are beginning to learn that you are not here to save us but rather you are here to oppress us and carry out the will of the criminal ruling class. You are here to keep order for the people in control, not to provide safety for the people who are controlled.

“In fact, you are the very mechanism that elites use to continue their global system of oppression.”

The video, which has been viewed millions of times all over the world, featured the iconic Guy Fawkes mask made famous by Alan Moore’s graphic novel V for Vendetta, as well as its trademark electronically-distorted voiceover.

The day so far: #Anonymous have taken down and exposed

Released Trump and Epstein docs regarding their crimes. https://t.co/TZTspuRYt9#JusticeForGeorgeFloyd pic.twitter.com/M7O0fhlKm7

The mysterious group generally takes aim at those it accuses of misusing and abusing power. However, it is very hard to pin down the group’s ideology or its size – beyond its tagline that “we are legion.” The group also lacks central leadership, membership criteria, or a public face.

However, beyond the somewhat menacing tone adopted by those who affiliate with the group, it is largely a nonviolent protest group using online attacks to go after its targets.

The group first appeared on the scene in 2008 after it released a controversial, copyrighted Church of Scientology video featuring Tom Cruise. After the Scientologists demanded its removal, the group launched a number of DDoS attacks on the sect.

Since then, the group has taken aim at groups ranging from the Islamic State group (ISIS) and the Ku Klux Klan (KKK) to corporations like PayPal, Sony, and Visa.