Study: College Grads Would Spend A Week In Jail To Erase Student Debt 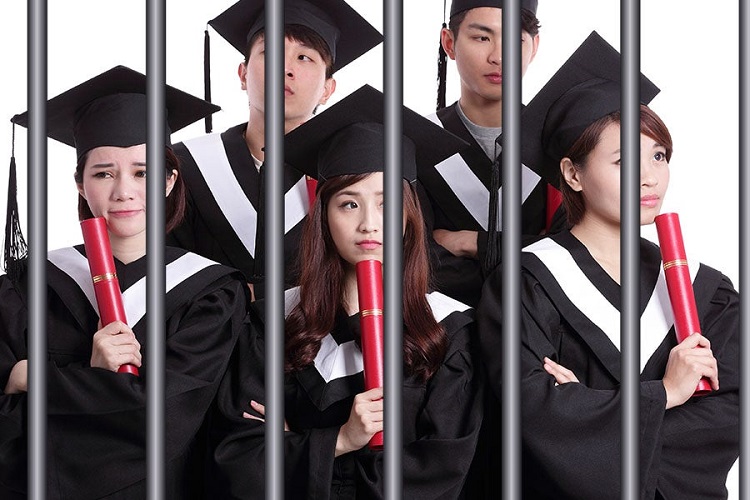 Unfortunately, going to college in the United States results in many years of debt for most students once they graduate.

A recent study of 1,000 undergraduate and 1,000 postgraduate degree holders conducted by OnePoll on behalf of Splash Financial, showed that 39% of the respondents would be willing to go to jail for a week to have their student debt erased.

In fact, 4 in 5 of those who responded said that they see their student loans as another type of “life sentence,” and an overwhelming majority see them as a serious financial burden.

The infographic below illustrations some of the most interesting findings from the study.

Splash Financial CEO Steve Muszynski said that student loan debt has a broad impact on the everyday lives of students and graduates.

“These survey findings support the fact that the burden of student loans negatively impacts a person’s financial well-being and it often seems inescapable. From grocery shopping to relationship building, it is shaping everyday life. If we’re not careful, it could have massive cultural implications,” Muszynski said.

According to debt.org, the average college tuition cost ranges from $9,410 for an in-state university to $32.410 for private schools, which has resulted in college students and graduates in the United States owing a total of $1.4 trillion in student loan debt.

People between the ages of 35 and 49 have the highest level of student debt with a total of $548 billion in debt.

The average student loan borrower graduated college with $28,650 in student loan debt in 2017, according to the Institute for College Access and Success.