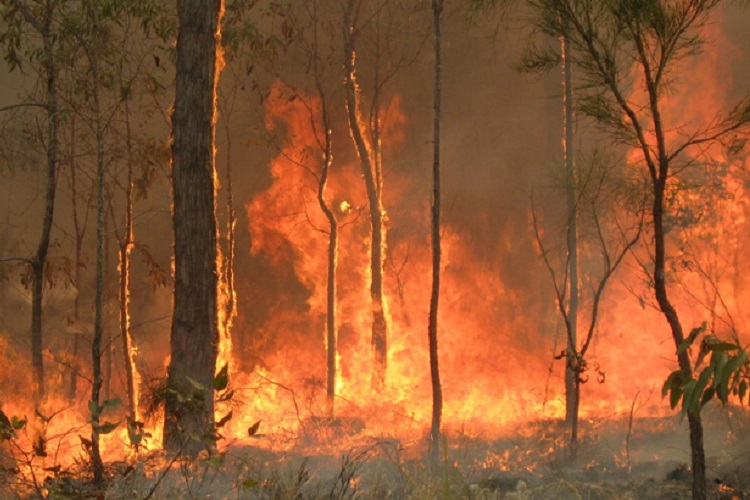 While Australia’s unprecedented wave of fires has devastated the country, it’s been difficult for experts and authorities to accurately measure the true extent of the damage sustained by the country’s wild animals and plants.

However, new figures released by specialists studying the blaze reveal horrifying new statistics about the number of animals killed in the bushfires, which likely now exceed one billion.

Last week, researchers at the University of Sydney expressed fears that roughly 480 million animals have been killed since the crisis broke out in September.

Ecologist Chris Dickman, who helped arrive at the figure, is now saying that the number was extremely conservative—and only restricted to those animals within the state of New South Wales (NSW). It also excluded huge groups of wildlife about which they lack any population data.

“The original figure―the 480 million―was based on mammals, birds and reptiles for which we do have densities, and that figure now is a little bit out of date. It’s over 800 million given the extent of the fires now―in New South Wales alone.

If 800 million sounds a lot, it’s not all the animals in the firing line.”

The creatures excluded in the 480 million figure include such animals as bats, frogs, and invertebrates. With those included, Dickman is “without any doubt at all” that losses far exceed 1 billion. He added:

“Over a billion would be a very conservative figure.”

Experts have warned that the massive loss of life due to the fires threatens to cross a tipping-point for entire species of animals and plants on an island continent where 87 percent of wildlife is endemic to the country, meaning it can only be found on Australia. This includes such critically endangered species as the southern corroboree frog and mountain pygmy-possum, whose habitats have been ravaged by the fires.

Dickman added that the country’s huge population of bats are especially susceptible to impacts on their forest habitat. He said:

“The numbers would have to be huge. And they’re very susceptible to the fires.”

Kangaroos, koalas, wallabies, wombats, potoroos, bandicoots, echidnas, and other species also have populations that live in regions currently being devastated by the fires—and because the fires have extended to the wetlands, dry eucalyptus forests, and even rainforests, the animals have no place to find refuge.

Stuart Blanch, a senior manager of Land Clearing and Restoration for WWF-Australia, backs up Dickman’s estimates. The researcher stressed that given the recent massive expansion of fires since the measurements were last taken, 1 billion remains a very modest estimate of the tremendous loss of life.

For Blanch, the blame largely lies with economic factors—including the country’s role as the world’s number one exporter of coal and liquefied natural gas. He said:

“It’s our climate impact and our obsession with coal that is helping wage war on our own country.”

Upwards of 12.35 million acres of land have burned so far, officials claim. Over the weekend, an estimated 25,000 additional koalas burned to death when the fire extended to Kangaroo Island, potentially wiping out entire rare and endangered species.

Transitioning from a global deforestation hotspot to world leader in reforestation would cut Australia's carbon emissions by 9% and store an addition one billion tons of carbon in landscapes. #towardstwobilliontreeshttps://t.co/nhD5zxx8pP https://t.co/FQpvUw95mX