Over 10,000 Camels To Be Shot In Australia Because They Drink Too Much Water 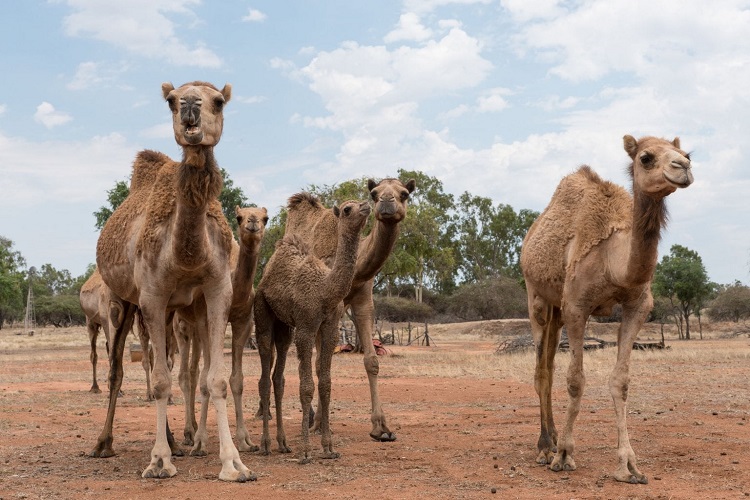 As a result of Australia literally being on fire, difficult decisions are being made to conserve precious resources. One of those tough choices is to shoot over 10,000 camels because they drink too much water.

The camels will be shot by professional firearms experts from helicopters; the move aims to prevent the camels from drinking too much water in drought-afflicted South Australia. According to The Australian, the shooting will begin Wednesday, following an order from Aboriginal leaders in the Anangu Pitjantjatjara Yankunytjatjara (APY) lands.

Locals have been complaining that the animals have been entering communities and “wreaking havoc” as they search for available water, including taps and tanks.

“We have been stuck in stinking hot and uncomfortable conditions, feeling unwell, because the camels are coming in and knocking down fences, getting in around the houses and trying to get to water through air-conditioners,’’ said Marita Baker, a board member of the APY executive.

By culling the camel population, APY Lands manager Richard King explained that a buffer zone will be created to better protect communities and children. “Even the moisture that your air conditioner generates will attract them, and when you’ve got four or five animals really wanting water — they’re quite capable of breaking air conditioners,” said King.

To remove the camels, he added, it would take three years. “And in that time we’ve got to feed them … the reality is, we just can’t do that,” he said.

Another factor contributing to the animals’ demise is the fact that they emit methane equivalent to one ton of carbon dioxide per year. According to a spokesperson for the South Australia Department of Environment and Water, the increasing number of animals is causing several problems in the region.

All in all, the operation to curb the camel population will cost $1.2 million and take five days. The carcasses will be left to dry off before they are burned or buried, reports ABC News.

Camels were first introduced to Australia from India and Afghanistan during the 19th century. They were primarily used for transport and construction. Traditional owners in the west of the APY lands mustered feral camels for sale, according to the DEW spokesperson. However, due to the droughts, the owners have been “unable to manage the scale and number of camels that congregate in dry conditions.”

Not surprisingly, the operation has attracted criticism. Some readers are appalled that thousands of more animals will die, following more than a billion animals perishing in the wildfires sweeping across Australia. According to Chris Dickman, an ecologist at the University of Sydney, “without any doubt at all,” the losses have already exceeded 1 billion. He added that it was “a very conservative figure.”

Some conservationists and wildlife experts fear the fires may have wiped out entire species of animals. Small marsupials, including the dunnarts and glossy black cockatoos, may have entirely disappeared in the fires. Approximately one-third of Kangaroo Island burned in the brushfire, leaving a “scorched wasteland.”

The DEW spokesman concluded that the animals “will be destroyed in accordance with the highest standards of animal welfare.”