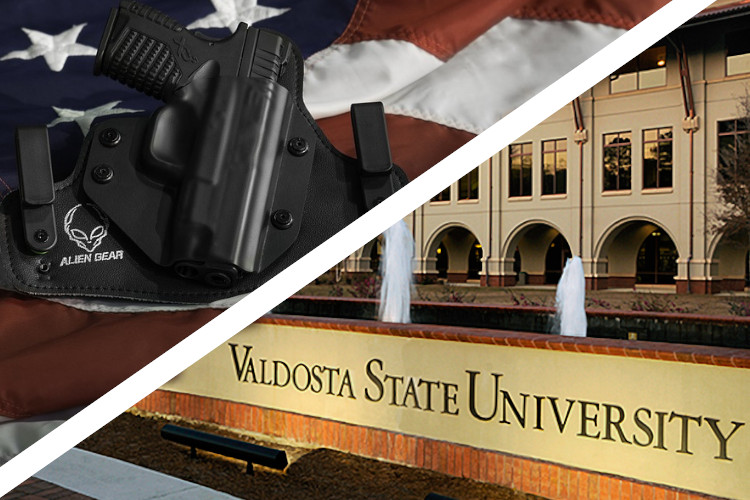 According to mainstream media pundits and establishment politicians, a greater access to guns will always result in an increase to firearm related crime. But according to data from several universities, before and after legalizing concealed carry on campus, that is not always the case.

As reported by the College Fix:

According to the website of Armed Campuses, a pro-gun-control initiative that tracks firearm policies at universities across the country, seven state legislatures have broadly permitted concealed carry on public university grounds. Five more have instituted limited campus carry regimes. Ten states prohibit campus carry altogether, while the remainder either allow the university to set the policy or else mandate that the guns must be left in locked cars.

All the universities contacted by journalists described no increase in violent crime, and at least one revealed a decrease in several nonviolent crimes.

Although campus carry is being allowed at many colleges across the country, no one can say how dramatic the increase has been, if any, because it is impossible to track those who are concealing their firearms from view.

“There is no way of knowing the answer to this question. Kansas law prohibits tracking people who are carrying concealed handguns or making inquiries about who may or may not be carrying.” – Gwen Larson

The Chief of Police for Dixie State campus found no “reported or observed increase with gun violence on campus” as a result of campus carry.

“This would be very difficult to do due to DSU students coming from many states across the country. We have not seen any increase in reports of firearms on campus, and we have not been made aware of any concerns regarding concealed carry permit holders by students or staff, related to Utah state legal statute.”

Finally, at Valdosta State University in Georgia, crime dropped slightly after campus carry was legalized in 2017.

Overall instances of rape also went down after campus carry, from six in 2016 to two in both 2017 and 2018. However, on-campus rape increased from zero to one for both years after campus carry was enacted, which only allows concealed carry on campus, not in residential dorms, athletic events, or in classrooms where high schools are in attendance.

“This law allows anyone with a valid Georgia Weapons Carry License to carry a handgun in a concealed manner on property owned or leased by public colleges and universities, with some exceptions.” – VSU

It is important to note that the numbers, being small and over a relatively short period of time, may be a result of several factors. Over the same period, arrests for drug abuse on campus went significantly down, while reported instances of dating violence on campus went up.

Campus carry may or may not have caused a direct decline in robberies or assault, but it certainly doesn’t show an increase either, as many suggest will happen when you allow students and staff to carry on campus. Even Armed Campuses features a study which concludes that current data “do not prove that campus carry causes more crime”.

When it comes down to it, crime and violence on campus are not a result of one or two simple and easily measurable factors, but the state of everyone on campus. Students or staff with concealed handguns are only one safeguard against the abuse that can be caused by a mentally unstable individual with an intent to harm others.

So, if campus carry doesn’t result in more crime, why not allow potential victims the legal ability to defend themselves on the off chance a would-be rapist, murderer, or sexual assaulter decides to make them into another statistic?

This article (As Several States Legalize Campus Carry, University Reports a Drop in Crime) as originally created and published by Waking Times and is published here under a Creative Commons license with attribution to Phillip Schneider and WakingTimes.com. It may be re-posted freely with proper attribution, author bio, and this copyright statement.