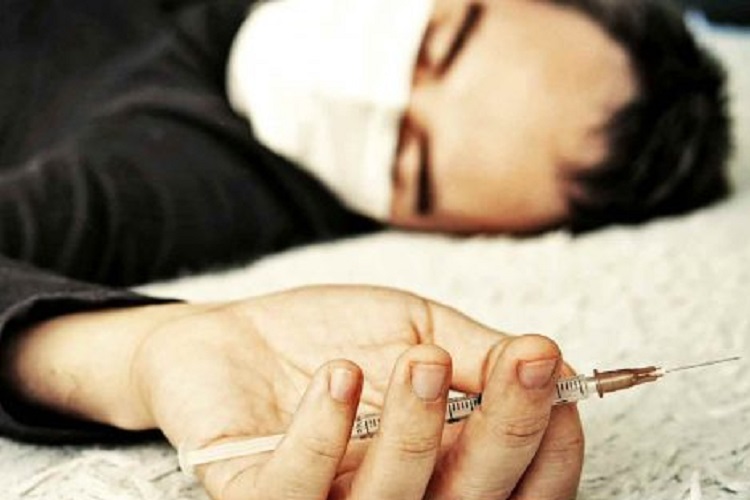 The CDC released data on drug overdose deaths Wednesday, and the organization found that the total for 2020 soared 30% to a record 93,331 in the virus pandemic year of 2020 than the prior year.

About 93,331 Americans died from drug overdoses last year, per the CDC data. That’s compared with 72,000 from 2019, the previous record high, the CDC reports. 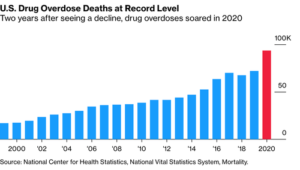 “That is a stunning number even for those of us who have tracked this issue,” Brendan Saloner, associate professor of health policy and management at the Johns Hopkins Bloomberg School of Public Health, told The Wall Street Journal. “Our public health tools have not kept pace with the urgency of the crisis.” 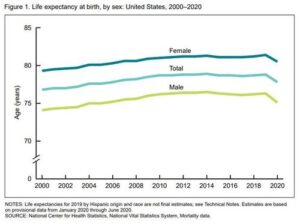 Even before the pandemic, the country struggled with its worst drug crisis ever as Mexican cartels continued to push synthetic opioids, such as fentanyl, over the southern borders and into American metro areas.

Compound the opioid crisis with lockdowns and other pandemic restrictions, and drug addictions spiraled out of control as millions of people were left in despair.

The main driver of overdoses was synthetic opioids, primarily fentanyl. Robert Anderson, chief of the mortality statistics branch at the CDC’s National Center for Health Statistics, said 57,550 people died of overdoses from synthetics, a jump of more than 54% over 2019.

“Definitely, fentanyl is the driving factor,” Anderson said. Overdose deaths from opioids overall rose almost 37%, according to the CDC data.

Here’s how the number of drug deaths changed across the country. Every state except for South Dakota and New Hamshire saw drug deaths surge.

CDC data showed 2020 drug overdose deaths translated to an average of 250 deaths each day, or approximately 11 every hour.

Deaths from drug overdoses and COVID has formed a twin public health crisis.