This is Fascism: White House and Facebook Merge to Censor ‘Problematic Posts’ 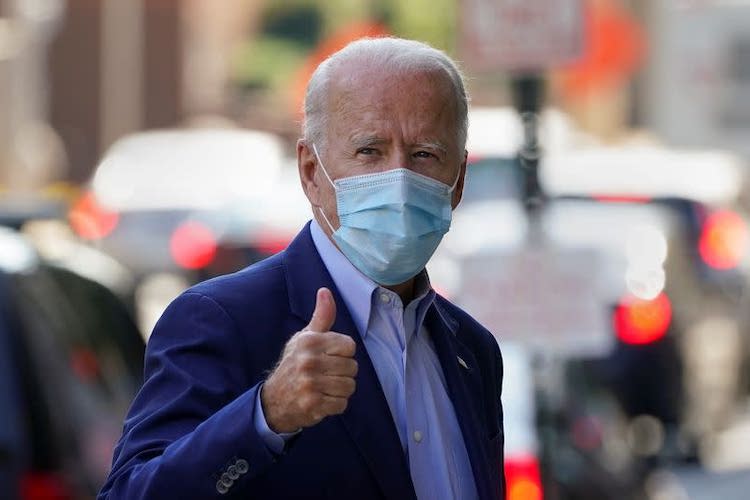 If we look back throughout history, all societies whose government attempted to, or actually succeeded in, controlling the speech of their citizens, have been totalitarian nightmares. It is for this reason that the founders crafted the first and most important Amendment to the Constitution, barring government from doing exactly that.Aside from a few constitutionally illiterate politicians over the past couple of decades and the horrid atrocities throughout the 19th and 20th centuries, recently Americans have had the ability to express their protected speech in any manner they see fit. Over the last several years, however, tech giants and social media companies have brought down the hammer in the name of protecting society from “disinformation.”

Many have argued — although incorrectly — that companies like Facebook and Twitter are private entities and therefore can censor whatever speech they want to on their own platforms. As TFTP has been reporting for years, however, this censorship was anything but private.

While there has been a grey area as to the relationship between social media and government, on Thursday, the White House made sure to clear up any doubt. During a press briefing, Jen Psaki removed any uncertainty that Facebook is a wholly private entity by claiming that the United States government will now dictate to the social media behemoth, exactly what is and isn’t allowed on their platform.

“We are in regular touch with the social media platforms,” said Psaki, adding, “we’re flagging problematic posts for Facebook.”

Government censorship has worked so well in the past. I am glad we are finally getting with the times and proudly proclaiming that it’s happening. After all, all free societies are based in the principle of government controlling what you can and can’t say. Bravo, USSA. Bravo. https://t.co/29NtW7vKah

The implications of such a declaration are utterly mind boggling. For the last four years and justifiably, the left has been screaming from the roof tops, marching in the streets, and taking to protests outside the White House to demand an end to fascism. Now, we have the merger of corporate and state entities — creating de facto fascism — and they are not only silent, but behind it!

This entire insidious move seems to be a push to either convince or otherwise trick the “vaccine hesitant” Americans into taking the jab. However, announcing that the government is merging with the state to silence critics of the vaccine on social media is hardly a way to build trust, which is why it must be the latter.

Instead of attempting to build trust through transparency, the state is attempting to silence anything information that doesn’t wholly enforce their narrative in order to trick others into believing there is only a single consensus.

The government thinks that by creating an endless stream of completely unchallenged information and “news” which confirms their claims, then people will eventually be convinced as any contrary information will be deemed “problematic” and erased from memory. This is an incredibly slippery slope and it needs to be put to an end immediately.

The Biden administration is telling Facebook which posts it regards as “problematic” so that Facebook can remove them.

This is the union of corporate and state power — one of the classic hallmarks of fascism — that the people who spent 5 years babbling about fascism support. https://t.co/U2Ee3DgXJe

As stated above, this announcement is the definition of fascism — a move that would have made Benito Mussolini proud — but that is happening in the ostensible land of the free.

The Biden administration is telling Facebook which posts it regards as “problematic” so that Facebook can remove them.

This is the union of corporate and state power — one of the classic hallmarks of fascism — that the people who spent 5 years babbling about fascism support. https://t.co/U2Ee3DgXJe

To those who have been paying attention, this merger between the state and social media was inevitable. It has been taking place via proxy since 2018 and the results of such a move have been utterly disastrous. As the state and big tech attempt to control the narrative, they suppress the truth and aid in the spread of actual disinformation.

One example happened last year when anyone who shared information on social media about anything related to COVID-19 and the lab in Wuhan, China or that mentioned the possibility that COVID-19 was man-made, saw their post removed and may have even been banned. Facebook, Twitter, Google, the establishment media, and many in the government made it their primary mission to “dispel misinformation” over the origins of the COVID-19 virus.

The arbiters of truth in Big Tech claimed and vehemently pushed the idea — based only on theories — that the COVID-19 virus originated in nature, and anyone who challenged or questioned this view was a dangerous conspiracy theorist.

It was established. The fact checkers were correct and anyone who challenged them was a danger to society. But the fact checkers who dismissed this information did not do so with “facts” at all. Instead, they simply promoted one theory over another.

As the world found out in May, the fact checkers, the government, big tech, and social media were all dead wrong.

Make no mistake, there are definitely some asinine and utterly stupid conspiracy theories out there on just about everything, including COVID-19. But does society need handlers to hide these things from them by censoring those who engage with it?

Stupid ideas didn’t used to go extremely viral. Even in the furthest corners of the conspiracy theory realm, verifiably false facts were easily proven wrong and dismissed swiftly. But that no longer happens now thanks to the censors.

If the ideas of the censors are so grand, why not allow them to compete with other ideas? Censoring ideas doesn’t stop them, it only allows very bad ideas to go unchallenged in the public arena, thereby granting them credence. This is extremely dangerous.

This new merger of corporate and state cannot go unchecked. Free speech does not come with terms and conditions and those who claim it does will eventually be silenced by the very monster they helped to create.