With Crowds Gone, Yosemite is Teeming With Wild Animals Enjoying the Park for Themselves 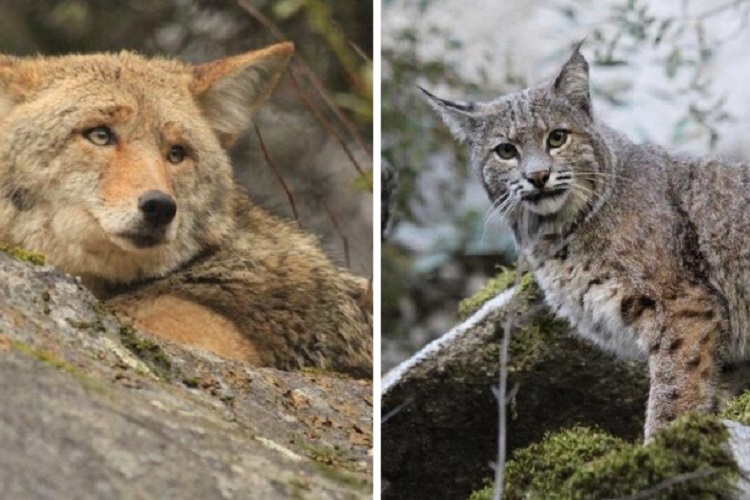 The United States of America is usually filled with gorgeous places to visit for domestic sightseers and international tourists alike, with the country’s glorious national parks topping the list for most travelers’ destinations.

Ranking at the top is Yosemite National Park. With its dazzling 1,189 sq. mile (3,080 sq. km.) park teeming with massive waterfalls, unique ecological zones, and over 800 miles of trails nestled in California’s Sierra Nevada mountains, the park is one of the most unique and beautiful places in the Western hemisphere.

However, during the spring and summer, Yosemite can often resemble any other tourist trap. With parking lots crammed with buses and cars, trails spilling over with swarms of hikers, and the park’s scenic majesty cluttered with snap-happy selfie-takers, it’s often anything but the idyllic escape from society that you would expect.

But with the coronavirus shutting down most national parks, some of the most amazing displays of Mother Nature have become off-limits to us, including Yosemite—that is, unless we’re willing to settle for the webcams scattered across the enormous park.

However, the closure has also resulted in much of the park’s landscape reverting back to its natural state.

In a video recently shared by Yosemite National Park, the park can be seen entirely free of tourists. The iconic park is instead teeming with native residents living their lives as if they never encountered us pesky humans.

Young deer can be seen strolling along normally car-choked roads in a carefree manner, coyotes peacefully hang out, and bobcats slink about in the underbrush while the sound of cascading waterfalls and babbling brooks can be heard in the background.

“While so much has changed for humans in recent weeks, it’s reassuring to see that nature carries on as it always has.

Spring seems to be slowly creeping into the valley, the sun finally emerging after a week or two of rain and snow. Waterfalls are gradually picking up momentum, and wildlife is becoming more active, perhaps enjoying having the park mostly to themselves. Relax with us for a moment as we share a peek into Yosemite Valley during the current park closure.”

Yosemite was one of the first parks to be shut down as local health authorities urgently advised the measure to be taken to slow the CoViD-19 pandemic. From March 20 onwards, the few humans residing on the park have been its essential rangers and staffers.

Before parks were subject to lockdown, many of them offered discounted entry fees so that people could exercise and enjoy the park while maintaining their safe social distance from one another. Health officials soon realized that with most other recreational spaces being closed, the crowds who flocked to the park would be a massive public health liability resulting in the park’s indefinite closure.

Of course, the park won’t always remain closed—nor would anyone want that to be the case. The foundations for the National Park system were laid in the early 20th century by President Theodore Roosevelt, who was concerned about the creeping over-exploitation of the natural resources of North America, eradication of its wildlife, and disappearance of its natural beauty. During his presidency, Roosevelt established 230 million acres of public land that was meant to be conserved for public use and enjoyment.