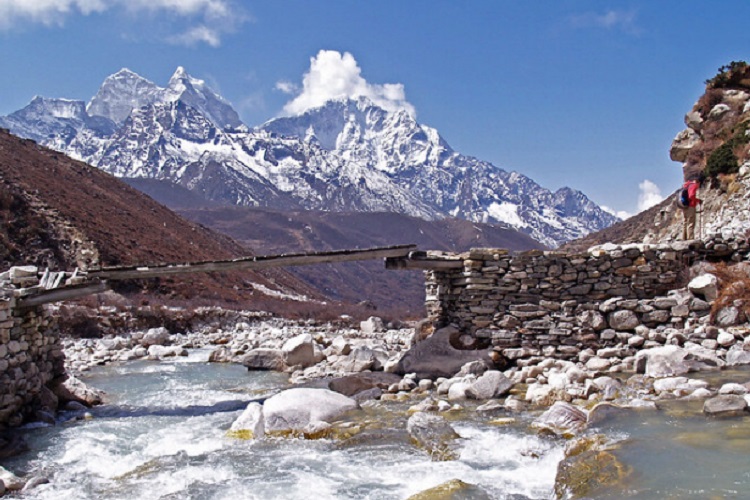 For the first time in 30 years, India’s snow-covered Dhauladhar mountain range has become visible to locals as a result of plunging pollution levels resulting from measures taken to check the spread of the novel coronavirus.

For many residents, the sight of the Dhauladhar Range—which translates to “White Range” and forms part of the Himalayas—is something which they have never witnessed in their entire lives, reports SBS.

Many have been eager to share their feelings about it on social media, including former Indian cricket player Harbhajan Singh, who wrote:

“Never seen Dhauladar range from my home rooftop in Jalandhar. Never could imagine that’s possible. A clear indication of the impact the pollution has done by us to mother earth.”

Never seen Dhauladar range from my home rooftop in Jalandhar..never could imagine that’s possible..clear indication of the impact the pollution has done by us to Mother Earth 🌍.. this is the view pic.twitter.com/laRzP8QsZ9

“We can see the snow-covered mountains clearly from our roofs. And not just that, stars are visible at night. I have never seen anything like this in recent times.”

India, a country with upwards of 1.3 billion residents, has been placed under a strict nationwide lockdown from March 22 until at least April 14. The draconian move limits the movement of the entire population, and has been criticized by rights groups as well as figures from private industry who claim that the measure is arbitrary and damages the country and its economy.

On Tuesday, the Economic Times published an opinion piece by auto company executive Rajiv Bajaj arguing that “virtually no country has imposed such a sweeping lockdown as India has; I continue to believe this makes India weak rather than stronger in combating the epidemic.”

However, the lockdown—which shut down factories, marketplaces, small shops, places of worship, most public transportation and construction projects—has also provided a temporary respite from the suffocating pollution levels India is known for. No less than 21 of the world’s 30 most polluted cities are in the South Asian giant.

From my home town in Punjab…. we had never seen mountains 😊😊 pic.twitter.com/RhRrt9jyxB

“Not just normal traffic is off the roads, but most industry is also shut down. This has helped bring the pollution level to unbelievably low levels.”

According to CNN, government data has shown that India’s capital New Delhi has seen a 71 percent plunge of the harmful microscopic particulate matter known as PM 2.5. The particulate matter, which lodges deep into the lungs and passes into vital organs and the bloodstream, causes a number of serious risks to people’s health.

In the meantime, nitrogen dioxide spewed into the air by motor traffic and power plants has also fallen by 71 percent from 52 per cubic meter to 15 in the same period.

Similar drops in air pollutants have been registered in major cities like Bangalore, Chennai, Kolkata, and Mumbai.

Today's best news should be that Dhauladar Range,Himachal Pradesh, Himalayas have started to be visible from Jalandhar ( approximately 300 Kms). This has never happened in our lifetime. Loving Views…… pic.twitter.com/D8IBeC4cao

“I have not seen such blue skies in Delhi for the past 10 years …It is a silver lining in terms of this awful crisis that we can step outside and breathe.”

India is hardly alone in experiencing a vast improvement of air quality in association with government clampdowns meant to curb the spread of the pandemic.

From China to Europe and even the notoriously smoggy Los Angeles, business shutdowns and restrictions on movement have seen similar falls in nitrogen dioxide concentrations.

Seechewal is floored by the sharp drop in air pollution. He said:

“I had never imagined I would experience such a clean world around me. The unimaginable has happened. It shows nothing is impossible. We must work together to keep it like that.”