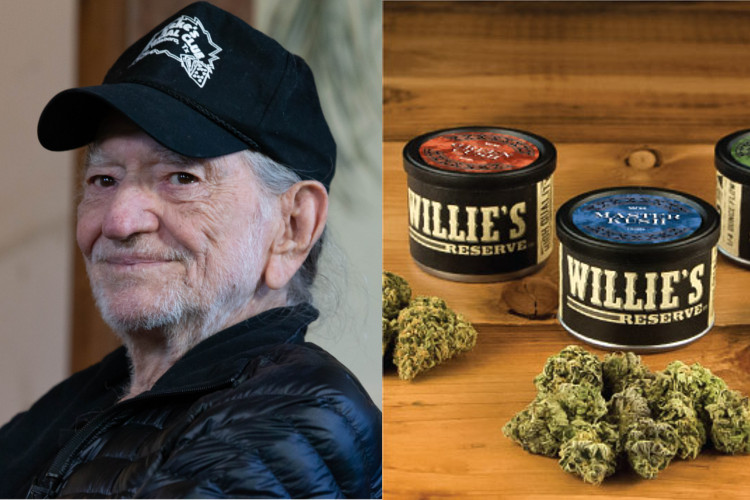 As marijuana becomes legal across the country, a select few companies have come to dominate the market with some bad business practices. But Willie Nelson is trying to stop them.

But Bob Geldof, the organizer of Live Aid at the time, thought that his proposal was a “crass, stupid, and nationalistic” conflation of the two issues. As Willie listened to him downplay the importance of farmers affected by a drought, bankruptcy, and a corporate takeover of the industry, it only solidified his desire to start his own concert, thus Farm Aid was born.

In their first year, Farm Aid included artists such as Johnny Cash and B.B. King and raised over $9 million for down-and-out American farmers.

“We were losing like 300 farmers a week” to suicide, Nelson recalls. “[But] things are a little better now. People have started thinking about buying and growing sustainably.”

Since Farm Aid began, a paradigm shift has occurred. People are now talking about sustainable agriculture, permaculture, and organic food, and the likes of Big Tobacco, Big Agriculture, and Big Biotech have become stains on American identity.

Willie Nelson was as much a player in this cultural shift as anybody, but he knows that the battle isn’t over yet. In recent years, Willie has set his sights on something very near and dear to him, marijuana.

As a life-long marijuana smoker, Willie Nelson has a deep concern about the way that cannabis is grown and distributed. Out of this passion for weed came the start-up company Willies Reserve, a company started by Willie and investor Andrew Davison that seeks to bring social responsibility into the pot market.

“I really believe in the environmental aspect of this. It’s a great way to revitalize small farms, and I want to make sure that any product we grow is as clean as we can make it and that, wherever possible, we’re trying to lower the environmental impact of our operations.’” – Andrew Davidson on Willie Nelson’s response to his proposal.

The legalization movement was founded on the values of justice, liberty, and health. Many people, often disproportionately black, have been thrown in jail for victimless crimes relating to cannabis. Although marijuana is now legal to smoke in many places, it is not always legal to grow or sell. In order to do so, you must get a medical permit, or a cannabis business license respectively, in which the government is handing out very few.

“It looks a lot like the concentration of capital that we have seen with Big Alcohol and Big Tobacco. I think that’s problematic for cannabis-law reformers, because it plays into our opposition’s strongest argument.” – Alison Holcomb, drafter of the original cannabis legalization law in Washington State

Big Pot has also begun using harmful pesticides, none of which cannabis activists and consumers ever desired to smoke. Prior to legalization, black market growers typically would not use any pesticides because the quantity of plants tended to be low.

“But when you’re investing millions of dollars in a large cultivation center, you can bet they are not going to take the risk of their crop getting wiped out by mold or mildew or insects.” – Keith Stroup, founder of the National Organization for the Reform of Marijuana Laws

Oddly enough, there are no chemicals approved for use on the cannabis plant. This tends to mean however, that companies are using whichever chemicals they want without much oversight. These chemicals include Avid, Floramite, myclobutanil, and imidacloprid, which professor of entomology at Colorado State University Whitney Cranshaw claims actually develops more mites on the plants.

To make matters worse, labels such as “clean” and “natural” have a striking resemblance to the Big Food term “all natural,” in that there are few regulatory requirements resulting in meaningless labeling used solely to market products as less dangerous than they actually are.

Although Willie Nelson has recently announced his retirement as a weed smoker, he is still in charge of his company and is rumored to take edibles frequently. However, he has stated before that he “[doesn’t] like edibles that much.”

“I had a bad experience the first time I did it. This was 50 years ago. I ate a bunch of cookies, and I lay there all night thinking the flesh was falling off my bones.” – Willie Nelson

Willie’s Reserve empowers local farmers by allowing them the Willie Nelson branding in exchange for particular rules they must follow, such as restrictions on pesticide use and that they must be small companies. This ensures quality weed and empowers small businesses seeking to compete with the big names like Privateer Holdings and Diego Pellicer.

Willie has another enemy in the pot industry, GMO Marijuana. In one of the biggest moves to consolidate power in the cannabis industry to date, Bayer and Monsanto are maneuvering to take over the cannabis industry with genetically modified strains, which you can only grow if you have a license from the company.

“These problems could have been fixed on the first day, but you have a lot of bureaucracy and bullshit, a lot of big corporations. So that’s what we’re up against. They’re trying to monopolize it all. That’s horseshit. That ain’t right, and we’ll do everything we can to keep that from happening.” – Willie Nelson

This article (Willie Nelson Joins the Fight Against a Corporate Takeover of the Cannabis Industry) as originally created and published by Waking Times and is published here under a Creative Commons license with attribution to Phillip Schneider and WakingTimes.com. It may be re-posted freely with proper attribution, author bio, and this copyright statement.