Why You Should Oppose The Censorship Of David Icke (Hint: It’s Got Nothing To Do With Icke) 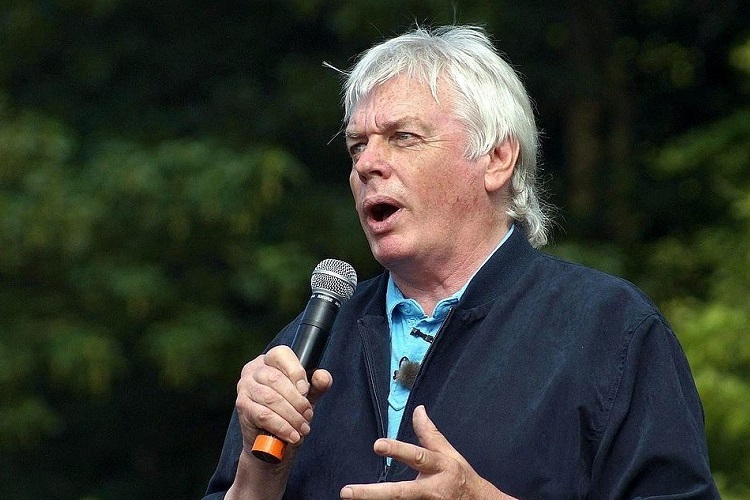 Within 48 hours both Facebook and then Youtube have deleted the accounts of David Icke for posting “content that disputes the existence and transmission of Covid-19 as described by the WHO and the NHS.” Other platforms may soon fall in suit, as they did with Alex Jones in 2018.

I know next to nothing about David Icke, and I have done exactly zero research into his views for this article; for all I know he’s every bit the raving lunatic the narrative managers say he is. It doesn’t matter. What matters is that we’re seeing a consistent and accelerating pattern of powerful plutocratic institutions collaborating with the US-centralized empire to control what ideas people around the world are permitted to share with each other, and it’s a very unsafe trajectory. Making this conversation about Icke and his views distracts from the very important topic we need to actually focus on discussing.

“The people who want to add a censorship regime to a health crisis are more dangerous and more stupid by leaps and bounds than a president who tells people to inject disinfectant.” https://t.co/KFA8jC6XiY

Journalist Matt Taibbi recently wrote an excellent essay about the dangers inherent in the increased demand we’ve been seeing for more censorship and deplatforming during the coronavirus pandemic, correctly arguing that more authoritarian control over the ideas people are allowed to discuss is vastly more dangerous than the ideas themselves.

“The people who want to add a censorship regime to a health crisis are more dangerous and more stupid by leaps and bounds than a president who tells people to inject disinfectant,” Taibbi writes. “It’s astonishing that they don’t see this.”

“Instead of asking calmly if hydroxychloroquine works, or if the less restrictive Swedish crisis response has merit, or questioning why certain statistical assumptions about the seriousness of the crisis might have been off, we’re denouncing the questions themselves as infamous,” says Taibbi.

Taibbi argues against the increasingly normalized trend of elevating “authoritative” content while silencing content which does not wear that magical label in an attempt to fight disinformation. If you examine which content is considered “authoritative”, you’ll find a bunch of outlets who have consistently lied to the world about war after war, who spent years promoting the baseless conspiracy theory that Vladimir Putin had infiltrated and secured control over the executive branch of the US government, who consistently normalize a status quo which is wholly incompatible with the surviving and thriving of life on this planet.

Google, who owns Youtube, has been financially intertwined with US intelligence agencies since its very inception when it received research grants from the CIA and NSA for mass surveillance. Facebook’s Mark Zuckerberg has called on the government to take “a more active role” in regulating “harmful content”, and has been actively collaborating with government agencies and government-funded think tanks to decide what content to remove. Social media executives are now routinely called before government hearings and lectured about the need to increase censorship under the implicit threat of antitrust cases being brought to bear. These massive corporations now consistently censor with an extreme bias against governments which refuse to bow to the demands of the US government and its allies.

In 2017, representatives of Facebook, Twitter, and Google were instructed on the US Senate floor that it is their responsibility to “quell information rebellions” and adopt a “mission statement” expressing their commitment to “prevent the fomenting of discord.”

“Civil wars don’t start with gunshots, they start with words,” the representatives were told. “America’s war with itself has already begun. We all must act now on the social media battlefield to quell information rebellions that can quickly lead to violent confrontations and easily transform us into the Divided States of America.”

Whenever anyone objects to censorship on these massive platforms they’re always told that those platforms are private companies who are free to do what they like on their private property, but how “private” is a corporation that is interlaced with government power with increasing inseparability? The reality is that in a corporatist system of government with vanishingly few meaningful distinctions between corporate power and state power, corporate censorship is state censorship.

"The only difference between @TheAtlantic article and something you might read on a libertarian site is that this article argues that all of these regulations on speech are a good thing."https://t.co/aXhhlQY366

Proponents of increased internet censorship have already openly conceded this point. A recent Atlantic article by two legal professors subtitled “In the debate over freedom versus control of the global network, China was largely correct, and the U.S. was wrong”, the case is made that western internet censorship will necessarily involve a collaboration with “private” corporations and government power.

“As surprising as it may sound, digital surveillance and speech control in the United States already show many similarities to what one finds in authoritarian states such as China,” the article’s authors favorably argue. “Constitutional and cultural differences mean that the private sector, rather than the federal and state governments, currently takes the lead in these practices, which further values and address threats different from those in China. But the trend toward greater surveillance and speech control here, and toward the growing involvement of government, is undeniable and likely inexorable.”

Apart from the fact that they are here claiming that increasingly authoritarian speech control is good and necessary, these two bootlickers are absolutely correct. Human communication is indeed being controlled using the so-called “private sector” to circumvent constitutional limitations which prohibit the government from censoring speech directly.

These Silicon Valley tech corporations have ensured their continued monopolistic dominance by demonstrating their willingness to collaborate with establishment power structures, so there are no platforms of anywhere near the same size and influence that people can move to if they don’t feel like letting government-tied plutocrats police what thoughts are permitted to enter into their minds. This has given this corporate-government alliance the ability to control the thoughts that people are allowed to share, discuss and think about in the same way totalitarian governments can, with the false mask of freedom plastered over it.

Be a truly free being. Oppose this intrusion into your mental sovereignty.