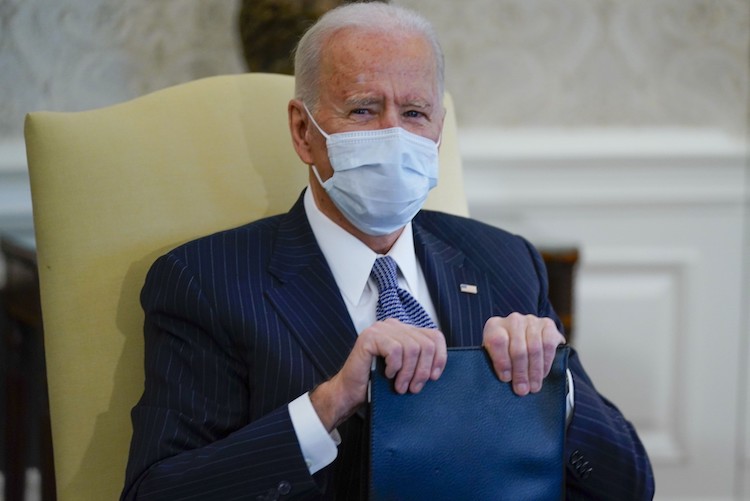 The mask has slipped, so to speak. The narrative has crumbled, the rhetoric has failed, the ruling class overplayed their hand and exposed their predatory nature. And the public just isn’t buying it anymore.

States are lifting mandates and restrictions at a record pace, as all over the world, defiance to covid tyranny has reached a fever pitch. Just in time for the start of midterm election season, and more tone deaf empty promises from the same people who just spent the last two years lying to, exploiting, and abusing the citizenry. Just like they’ve spent their entire careers doing, albeit in a more insidious manner this time around.

I want to follow the State’s lead and lift the mask mandates.

I believe we are beginning to lose the trust of the people. We already saw thousands of people flagrantly violate LA County’s mask mandate at the Super Bowl.

Recognizing the obvious disdain from a public now painfully aware of their subjugation, the oligarchs and autocrats have to find some way to hold on to their imaginary semblance of authority.

Perhaps be honest and transparent for once? Reflect on their faults, and humbly beg forgiveness from the constituency as we move forward with a more pragmatic approach to public policy? Absolutely not. In typical narcissistic fashion, the strategy of the predator class is to deflect, reflect, and gaslight.

No no, you didn’t catch us in more than a dozen lies, they assure, “the science has changed.” That’s all.

One insufferable goalpost shift after another, that has been the modus operandi. And as their lies continue to implode in on themselves that’s what they double down on.

We have witnessed the flagrant hypocrisy of “the science has changed” time and again throughout this ordeal while being simultaneously berated to “trust the science”, the science is settled after all. The utter lunacy of repeatedly shifting from one diametrically opposed position to the other in order to fit their agenda causing even some of the most sycophantic to stop and question the logic behind it.

Masks don’t work; never mind they do work. One mask, two masks, three masks. You have to have a cloth mask. Wait no, only an N95 will do. Hold on.. never mind. Two weeks to flatten the curve; six months; two years; ten years; back to just a few weeks; never mind we’ll scrap it all together. The virus definitely didn’t come from a lab. On second thought, it probably did.

It’ll take at least four years to make an effective vaccine. Never mind, we did it in six months. It’s one hundred percent effective, if you get it you won’t get sick and you can’t spread the virus; No, wait, actually you can still get it. Its seventy five percent effective. It’s fifty percent effective. Oops, looks like there are more hospitalizations among vaccinated than unvaccinated.

Just get the damn shot and you’ll get your freedom back. No you won’t. Lockdown again. One jab, two jabs. Vaccine passports are a conspiracy theory; hey you can’t be here without your vaccine passport. Three jabs, four jabs. We’ve changed the definition of vaccine. We’ve changed the definition of pandemic. Case numbers are through the roof. Scratch that, we have to recalculate.

This unbearable unending cacophony of confusion played on repeat every second of every day for the last seven hundred plus days.

Is it any wonder why mental health has further deteriorated to dismal levels in that same amount of time?

Yet they could only keep up the charade for so long, unable to continue juggling this conglomeration of contradictions our government goons turned court jesters have fallen flat on their faces. The lies imploding under their own weight.

In just the last two and a half weeks, the three main pillars of “the official story” have crumbled as mainstream media finally concedes to the truth. Admitting what we here at The Free Thought Project and so many others have been saying from the beginning.

In January, the latest study from John Hopkins University concluded once and for all that lockdowns were not only ineffective, but incredibly deadly — pillar one destroyed.

On February 7th, Politico announced that the Department of Health and Human Services along with the CDC will move forward with an initiative, ordered by the White House, to recalculate the national covid-19 case statistics. Adjusting the numbers to differentiate between those admitted to hospitals with covid, as opposed to because of covid.

A de facto admittance that once again we were right all along; the statistics were inflated. Leading to wildly inaccurate reporting and a “casedemic” overhyped by fear driven media in bed with big pharma. — Pillar two obliterated.

And finally, on February 11th, following the CDC’s quiet admission to the inefficiency of masking, the Washington Post admitted “Mask Mandates Didn’t Make Much of a Difference Anyway“. In a rare bit of logical honesty, at last dispelling the idea of mass masking as a means of preventing the spread of covid-19.

Their article read quite candidly, affirming —

“It is intuitive that a barrier ought to prevent germs from being emitted into the air. But if that’s true, why isn’t there more evidence for the benefits of masking two years into the pandemic? Experts associated with The Center for Infectious Disease Research and Policy (CIDRAP) at the University of Minnesota have laid out a more complex analysis: Given the current understanding that the virus is transmitted in fine aerosol particles, it’s likely an infectious dose could easily get through and around loose-fitting cloth or surgical masks.”

Noting that the states where mask mandates were imposed fared no better than the 35 states that didn’t impose them during the omicron wave. And that there is little evidence to show mask mandates are what cause pandemic waves to fall, despite this false belief being the primary driver of outrage over the mandates being lifted.

Two years of gaslighting, segregation, torturing children, psychological trauma, dividing society, and an unprecedented amount of environmental pollution later, and we find out it as all a waste.

“The science has changed”. That’s all. No big deal.

But “The Science” didn’t change. It’s been the same all along.

That is the bigger issue that requires immediate recognition here. Society cannot allow them to play dumb and feign innocence just because it behooves them. For outside the rantings of the “Karen’s” frustrated at having to wear a mask to pick up their lattes at Starbucks — there was always legitimate concern galvanizing the anti-mandate protests from the very beginning, supported by numerous esteemed medical professionals and corroborated by these latest revelations.

From the outset, astute observers, seasoned researchers, and medical practitioners alike raised concerns regarding the consequences and efficacy of mass masking.

Quite frequently we pointed to the profusion of studies from throughout the years, coupled with emerging raw data throughout the pandemic, concisely demonstrating the ineffectiveness of compulsory covid interventions.

All along there had been concerned citizens, parents, teachers, doctors, scientists, and so on, voicing their grievances and drawing attention to these matters. Oftentimes only to be shouted down, villainized, and silenced.

Rather than engaging in a genuine, fact-based, rational discourse concerning appropriate policy decisions, the authorities in charge deliberately conspired to censor, slander, and propagandize even the most reputable of medical professionals who dared to have a differing opinion. Even at great costs to society.

Worse still, adding to this was the blatant hypocrisy of the ruling class. Exposed over and over again disregarding their own mandates while the citizenry was forced to succumb to them under the boot of the State. No better way to exemplify that the intention was always merely compliance, not safety.

So just as those who fervently promoted lockdowns despite the known shortcomings of Professor Neil Ferguson, and the overwhelmingly catastrophic inflict upon civilization deserve to be held accountable for the blood on their hands.

Those who deliberately ignored years worth of factual data to promote this abhorrent campaign of dehumanization in favor of false senses of security and greater mechanisms of societal control need to be held responsible for the calamity they’ve created.

Don Via Jr. is an independent researcher and journalist from central Virginia, who has dedicated the last ten years to studying history, political science, geopolitics, and covert operations, and raising awareness about government corruption and abuses. He is a regular contributor to The Free Thought Project and his work has been featured in publications such as Activist Post, Waking Times, and others. He is the founder of the independent media outlet Break The Matrix, where more of his work can be found. As well as on associated social media on MeWe, Twitter, and Minds.