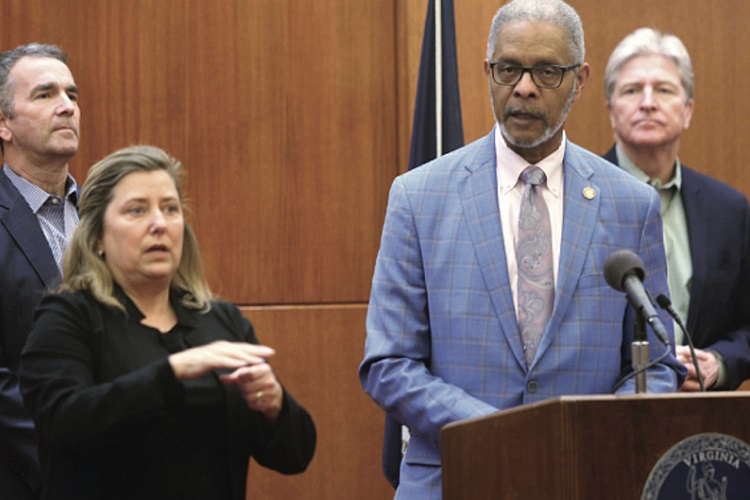 As Friday’s hospitalization numbers across the Sun Belt appear to confirm CDC head Dr. Robert Redfield’s assertion that the American COVID-19 outbreak has peaked and is starting to fade, the State of Virginia is setting a new precedent by seriously discussing forcing Virginians to be vaccinated with whatever rushed-to-marked candidate the FDA approves first.

During an interview that aired on Friday, the state’s health commissioner said he planned to invoke state law to make vaccinations mandatory – once a western product is available, presumably.

State Health Commissioner Dr. Norman Oliver told 8News on Friday that he plans to mandate coronavirus vaccinations for Virginians once one is made available to the public.

Virginia state law gives the Commissioner of Health the authority to mandate immediate immunizations during a public health crisis if a vaccine is available. Health officials say an immunization could be released as early as 2021.

Dr. Oliver says that, as long as he is still the Health Commissioner, he intends to mandate the coronavirus vaccine.

“It is killing people now, we don’t have a treatment for it and if we develop a vaccine that can prevent it from spreading in the community we will save hundreds and hundreds of lives,” Oliver said.

Pro-medical-choice activists in the state argue that the issue is a matter of medical choice, and that the hasty “expedited” approval process being implemented by the FDA is grounds for concern. State health authorities insist, meanwhile, that they would never mandate a vaccine that hadn’t already proven to be safe.

Virginia Freedom Keepers Director of Communications Kathleen Medaries, a mother of three from Chesterfield, says this is a matter of medical choice.This is not a Republican or Democrat issue. It’s not a pro-vaccine or anti-vaccine issue,” Medaries said. “For me, it’s an issue of being able to assess each vaccine for myself and my family one at a time.”

“He shouldn’t be the one person to make a decision for all of Virginians,””Medaries responded.

The state’s top medical official is opposed to a bill that has been put forth in the state assembly that would create more exemptions to the mandatory vaccination power, allowing exemptions on religious and other grounds.

Oliver believes that COVID-19 is a public health emergency that should take precedent over everything else, and that vaccine-assisted herd immunity is the state’s best and only real defense.

The decision comes after Massachusetts said it would make the flu vaccine mandatory this year as part of a campaign to protect the state’s medical system. We suspect Virginia and Massachusetts won’t be the only states to discuss mandatory COVID and/or flu vaccination in the coming weeks, as the school year begins.