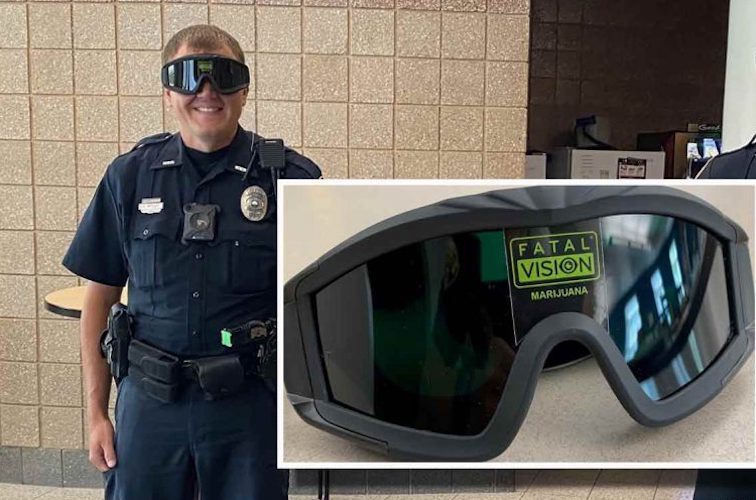 Moline, IL — This year, Illinois became the 11th state to legalize recreational marijuana for adult use. As of Jan. 2020, consumers aged 21 and older can buy marijuana products from licensed sellers in Illinois – with or without a medical marijuana card. This was a giant leap forward in terms of the war on drugs and is also propping up the state’s economy amid the pandemic disaster. Sales have totaled over $300 million since the beginning of the year and that number is growing.

Because marijuana is far safer than alcohol and other drugs, it is a viable option for many people who don’t wish to experience the side effects of other harder “legal” drugs. Despite the proven safety of the plant and the fact that no one ever has died from its use, in most of the country, recreational marijuana remains illegal.

As the following example shows, even in Illinois where it is legal, police are still devoting resources — using scare tactics and propaganda — to deter its use. The Moline police department took to Facebook this week to brag about AAA giving them a grant to propagandize school children with false information about marijuana.

“These goggles model the effects of recreational marijuana, so the user can experience the impact of what it’s like to be under the influence of marijuana while driving,” police said in the Facebook post. “Marijuana affects the brain differently than alcohol, and the goggles simulate marijuana’s true effects — they diminish the participant’s capacity to make quick, accurate decisions, and that causes a driver to miss important external cues that could lead to a crash.”

Police said in their Facebook post that these “kits will be brought to area schools and community events as a way to educate people about the effects marijuana impaired driving.”

But are these kids really going to be “educated” about marijuana? The answer is no. However, they will be lied to and manipulated by police who don’t seemed interested in facts and honesty.

Fatal Vision company makes several dubious claims on their website, where their kits sell from $1,859 for the “Program Kit” to upwards of $4,330 for the “Campaign Kit.”

Fatal Vision says their product is supposed to be “a hands-on awareness building tool that models the distorted processing of visual information, loss of motor coordination, and slowed decision making and reaction time resulting from recreational marijuana use”

“The purpose of the Fatal Vision Marijuana Simulation Experience is to give participants an understanding of cognitive impairments associated with recreational marijuana use.”

However, the last thing these goggles do is simulate an actual experience while on marijuana.

While parents and police are understandably concerned with abuse of alcohol and other drugs, the use of the goggles, which creates fear based on false realities, is questionable at best.

The goggles take away the ability to see red, which is somehow meant to simulate being stoned. Of course, you can see the color red perfectly well under the influence of cannabis.

In other instances in which the marijuana googles have been used, people could grab things that were right in front of them. Others couldn’t complete menial tasks like putting a basketball into a garbage can. While we in no way condone driving under the influence, the lies these goggles tell about marijuana are as asinine as they are outlandish.

The company says their product “…simulates the distortion of visual information and altered visual perception, loss of motor coordination, and reaction time that results from recreational marijuana use.”

While the abuse of any substance can cause impairment, responsible use of cannabis can actually increase some areas of cognitive function, such as creativity.

It is a laudable effort to keep kids from driving under the influence of any substance, but are “marijuana goggles” that mimic false realities the best way to go about this? Also, promoting them may have the reverse effect of getting more kids interested in cannabis.

The use of such a device that does not actually simulate the effects of marijuana, hearkens to the 1930’s-era propaganda Reefer Madness, which presented a false reality of madness and violence under the influence of cannabis. The only thing that came from all these lies and propaganda were setbacks, fear, and eventually the war on drugs which helped usher in the largest militarized police force and jail population on the planet.

Perhaps honesty, logic, reason, and facts should be given a chance instead of lies and fear.

Teenagers and adults would be much better off getting real information on cannabis and other substances, so they and their families can rationally decide for themselves what is responsible and what should be avoided.