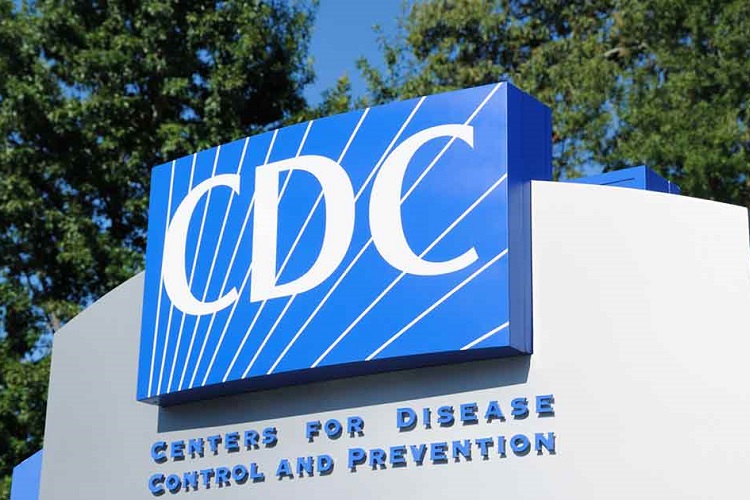 As detailed in The Highwire video above, in January 2020, Dr. Julie Gerberding — director of the U.S. Centers for Disease Control and Prevention from 2002 until 2009, who after leaving the CDC became president of Merck’s vaccine division in January 2010 — sold half her Merck stock options for $9.11 million.

Gerberding also cashed in on her company stock options in 2016, when she sold $5.1 million-worth of Merck stocks, and 2015, when she made $2.3 million. In total, Gerberding has made $16,592,144 from selling off her Merck stocks — all of which, by the way, is over and beyond her regular paycheck — and she still owns Merck stocks worth $9 million.

And we’re supposed to believe she has been impartial about vaccine safety and has been all along? As noted by Del Bigtree in his Highwire report:

“Do you trust the information that come from your government agencies, when a year after working [at] that agency, they move into the very company that they exonerated from any wrongdoing and end up making $20-something-million dollars in stock options, plus a gigantic salary? Sounds like a payoff to me.”

The payoff Bigtree is talking about refers back to Gerberding’s exoneration of the MMR vaccine, which came under fire when Dr. William Thompson, a CDC research scientist, blew the whistle claiming the agency covered up a vaccine-autism connection in relation to the MMR vaccine.

According to Thompson, scientific fraud was committed for the express purpose of covering up potential safety problems so the agency would be able to maintain that the MMR vaccine had been proven safe to give to all children.

Thompson explained they simply eliminated the incriminating data, thereby vanishing the link, and this cover-up occurred while Gerberding headed up the CDC. The CDC subsequently also blocked a request for Thompson to testify in an autism lawsuit.

Indeed, you’d have to be really naïve not to see the enormous influence her former high-level ties to the CDC can have, considering Merck makes a majority of the pediatric and adults vaccines recommended by the CDC.

The vaccine industry is booming, and it’s become quite clear that profit potential is the driving factor behind it. One of the reasons for this is because vaccine patents do not expire like drugs do, so each vaccine adopted for widespread use has the potential to make enormous, continuous profits for decades to come.

Vaccine makers also enjoy a high degree of immunity against lawsuits — and in the case of pandemic vaccines, absolute immunity — so the financial liability when something goes wrong is exceptionally low, compared to drugs.

An article by Robert F. Kennedy, chairman of the Children’s Health Defense, wonders whether Gerberding’s stock dump might have anything to do with recent red flags being raised about Merck’s HPV vaccine Gardasil. He writes:

The following day, the Journal of the Royal Society of Medicine published7 a withering critique of Gardasil’s crooked clinical trials, ‘It is still uncertain whether human papillomavirus (HPV) vaccination prevents cervical cancer as trials were not designed to detect this outcome.’

As Gerberding knows, those trials revealed that Gardasil dramatically RAISES (by +44.6%) the risk of cervical cancer among women with a current infection or those previously exposed to HPV.

That may explain the cancer explosions in England and other nations with high inoculation rates in young girls up to age 18; Australia, Spain, Sweden and Norway. A 2019 study of Alabama girls found the highest cervical cancer rates in the state’s most heavily vaccinated counties.

With Merck’s efficacy pretensions circling the drain, a coalition of leading plaintiff’s lawyers are already in discovery in a suit alleging that Merck fraudulently concealed serious illnesses affecting half, and autoimmune diseases affecting 1 of every 37 girls in Gardasil’s clinical trials within 6 months of injection.

As Centers for Disease Control (CDC) Director from 2002-2009, Gerberding helped Merck paper over these efficacy and safety problems.”

Chances are, Gerberding’s 2004 report to Congress, “Prevention of Genital Human Papillomavirus Infection,” played a significant role in getting the controversial HPV vaccine fast tracked to licensure by the FDA in the first place. Needless to say, the approval of this questionable vaccine guaranteed her future employer billions of dollars-worth of profits.

Gerberding has also been a staunch defender of thimerosal, the mercury-based vaccine preservative suspected of being one of vaccine ingredients involved in the development of autism in some children. Thimerosal was removed from childhood vaccines or reduced to trace amounts between 1999 and 2001, with the exception of multidose influenza vaccines.

Since then, there have been a number of additional biological mechanisms proposed by independent researchers investigating why vaccines cause harm.

The use of aluminum in vaccines, for example, may cause neurological damage. In The Highwire video, Gerberding herself was in 2008 forced to admit that children with an underlying mitochondrial disorder are at increased risk for vaccine damage.

Gerberding’s admission came after Hannah Poling, who developed autism after her 18-month well-baby visit when she received nine vaccines, was granted compensation by the U.S. Division of Vaccine Injury Compensation for her injuries.

All in all, Gerberding has repeatedly demonstrated that safety is nowhere on her list of priorities or concerns when it comes to vaccines, so it’s easy to see why Merck would want her to head up their vaccine unit.

A 2012 article in the American Journal of Public Health, in which the authors investigated the role Merck played in state HPV immunization policymaking, states that:

Legislators relied heavily on Merck for scientific information. Most stakeholders found lobbying by vaccine manufacturers acceptable in principle, but perceived that Merck had acted too aggressively and nontransparently in this case.

Although policymakers acknowledge the utility of manufacturers’ involvement in vaccination policymaking, industry lobbying that is overly aggressive, not fully transparent, or not divorced from financial contributions to lawmakers risks undermining the prospects for legislation to foster uptake of new vaccines.”

In June 2019, I published Kennedy’s presentation of Merck’s clinical trial data for Gardasil, in which he reveals how the company hid the truth about its side effects. One way in which Merck committed fraud in its Gardasil vaccine safety trials was by using a neurotoxic ingredient in Gardasil as a bioactive placebo. This trick effectively renders its safety testing null and void, as the true extent of harm cannot be ascertained.

Merck’s own trial data also reveals Gardasil increases the overall risk of death by 370%, the risk of autoimmune disease by 2.3% and the risk of a serious medical condition by 50%.

Kennedy also points out that National Cancer Institute data show the mortality rate for cervical cancer is 1 in 43,478 (2.3 per 100,000), and the median age of cervical cancer death is 58. To eliminate that one death, all 43,478 must pay $420 — the average cost of the three Gardasil injections.

According to Kennedy, 76 million American children have been mandated by the U.S. Centers for Disease Control and Prevention to receive the vaccine, providing Merck with an annual revenue of $2.3 billion. When you crunch the numbers, you realize that the cost of using Gardasil to save one life is $18.3 million.

Meanwhile, compensation paid by the Vaccine Court for the death of a child maxes out at $250,000. Put another way, $18.3 million is being spent in an effort to save one life from a disease, while the U.S. Health and Human Services values human life at just a quarter of a million dollars per person when a person dies from using a government recommended vaccine in that effort.

If you’re still on the fence when it comes to HPV vaccination, you owe it to yourself to watch Kennedy’s presentation and conduct additional research on the vaccine and HPV so that you can appropriately weigh the risks and benefits.

One of the Most Powerful Videos I’ve Ever Seen

Protect Your Right to Informed Consent and Defend Vaccine Exemptions