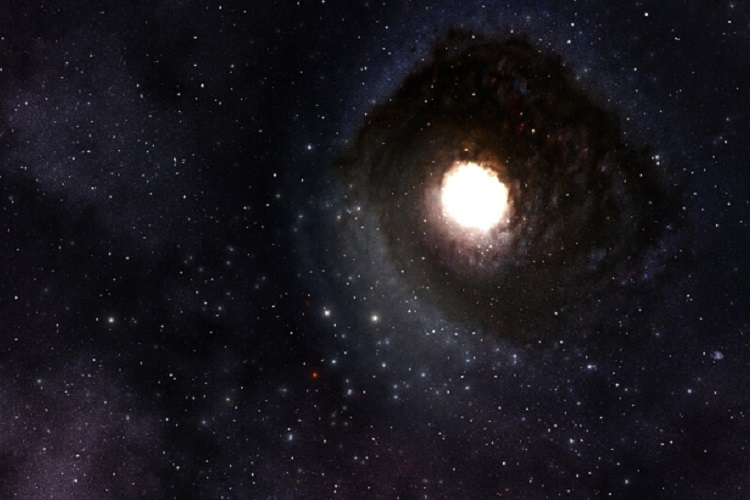 Astronomers in Perth, Australia recently detected and observed the largest explosion ever found in the universe since the Big Bang, according to a study published in the Astrophysics Journal.

“We’ve seen outbursts in the centers of galaxies before but this one is really, really massive,” said Curtin University professor Melanie Johnston-Hollitt. “And we don’t know why it’s so big. But it happened very slowly—like an explosion in slow motion that took place over hundreds of millions of years.”

Researchers at the Curtin University International Centre for Radio Astronomy were observing the distant galaxy cluster Ophiuchus when they detected a huge explosion at the center of a supermassive black hole, approximately 390 million light-years from Earth. According to scientists, the explosion released five times more energy than the big bang, Science Daily reported.

In fact, the explosion was so massive that it blew a hole in the cluster plasma (super-heated gas) surrounding the supermassive black hole and also broke the previous record-holder—a cluster known by the designation MS 0735+74.

One author of the study, Dr. Simona Giacintucci who works at the Naval Research Laboratory in the U.S., compared the explosion to the eruption of Mount St. Helens in 1980, in which the top of the mountain was completely blown off.

“The difference is that you could fit 15 Milky Way galaxies in a row into the crater this eruption punched into the cluster’s hot gas,” she said.

X-ray telescopes previously detected a hole in the black hole’s cluster plasma, but astronomers originally discarded the theory that it could have been caused by an energetic explosion because the outburst was believed to be too massive.

“People were skeptical because the size of outburst,” Johnston-Hollitt said. “But it really is that. The Universe is a weird place.”

“This object was actually observed with the Chandra X-ray telescope by a previous team and they saw this bubble in the hot X-ray plasma in the centre of this galaxy cluster, and they said, ‘Well, this can’t be from one of these energetic outputs because it would be enormous; the scale would be unthinkable’. So, they dismissed that possibility,” explained Prof Johnston-Hollitt, who directs the MWA. “But we went back and we observed with low-frequency radio telescopes and discovered that this cavity is filled with radio plasma.”

The scientists realized what they discovered when they observed the Ophiuchus cluster with radio telescopes. Then they saw that the radio data matched the x-ray data, confirming a gigantic expulsion of energy from the cluster.

In total, four telescopes were used to detect and confirm the eruption. Those instruments were NASA’s X-ray Observatory, ESA’s XMM-Newton, the Murchison Widefield Array (MWA) in Western Australia, and the Giant Metrewave Radio Telescope (GMRT) in India.

Johnston-Hollitt, who directs the MWA, compared their discovery to archeologists uncovering the first dinosaur bones. She further stated that with new tools like low-frequency radio telescopes, astronomers can “dig” deeper into space and uncover unusual discoveries like this which teach us about the universe and its history.

Johnston-Hollitt also pointed out that studying the universe at different wavelengths will continue to uncover never-before-seen phenomenas like this one.

“We made this discovery with Phase 1 of the MWA, when the telescope had 2048 antennas pointed towards the sky,” she said. “We’re soon going to be gathering observations with 4096 antennas, which should be ten times more sensitive. I think that’s pretty exciting.”