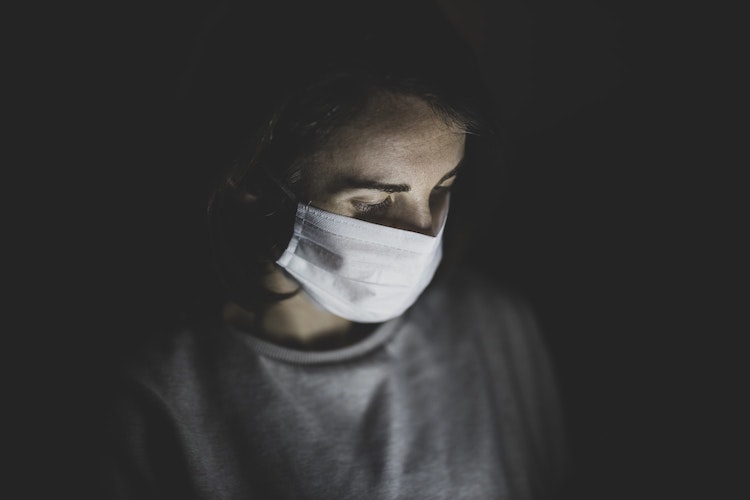 Dr. Malcolm Kendrick, a general practitioner in Cheshire, England, and the author of three books, including “Statin Nation,” has made it his mission to add some balance to the widespread fear-mongering that occurs at the hands of the health care lobby and media.

“In a world where the truth can be, literally, turned upside down, how can you know what to believe, and who to believe?” he asks. His blog attempts to “dig down to find the meaning behind the headlines,” and one of his recent posts centered on COVID-19 and the “impossible things” — some might call them lies — that are being propagated in its name.1

1. No Such Thing as Herd Immunity — Except From Vaccines — Herd immunity occurs when enough people acquire immunity to an infectious disease such that it can no longer spread widely in the community. When the number susceptible is low enough to prevent epidemic growth, herd immunity is said to have been reached. Prior to the introduction of vaccines, all herd immunity was achieved via exposure to and recovery from an infectious disease.

“First, I was told that attempting to create herd immunity was not achievable. It would also be extremely dangerous and would inevitably result in many hundreds of thousands of excess deaths.

Then the vaccines arrived at fantastical speed and I was told that mass vaccination, by creating herd immunity, would be the factor that would allow us to conquer COVID19 and return to normal life. I am not entirely sure which of these things is impossible, but one of them must be.”

2. Vaccines Induce ‘Stronger and Longer Lasting Immunity’ — In February 2021, The HuffPost reported that the COVID-19 vaccine would “induce stronger and longer lasting immunity” than the immunity induced by natural infection.4 However, an internist with special interests in vaccine-induced illnesses, Dr. Meryl Nass, suggests the protection the COVID vaccine provides will be inferior to that acquired via natural infection:

“No one knows how long immunity lasts, if in fact the vaccines do provide some degree of immunity … For every known vaccine, the immunity it provides is less robust and long-lasting than the immunity obtained from having had the infection.

People who have had Covid really have no business getting vaccinated — they get all the risk and none of the benefit.”

In the U.S., the Centers for Disease Control and Prevention advises people who have previously been infected with COVID-19 to still get vaccinated, even though trials suggest there’s no benefit in this population. A CDC report also incorrectly cited the vaccine’s effectiveness for those previously infected, prompting one congressman to say they’re “lying.”

In a high-profile report issued by the CDC’s Advisory Committee on Immunization Practices, 15 scientists stated that the Pfizer-BioNTech COVID-19 vaccine had “consistent high efficacy” of 92% or more among people with evidence of previous SARS-CoV-2 infection.5

But according to Rep. Thomas Massie, R-Ky, “That sentence is wrong. There is no efficacy demonstrated in the Pfizer trial among participants with evidence of previous SARS-CoV-2 infections and actually there’s no proof in the Moderna trial either.”6 Kendrick adds:7

So, I think it is pretty close to impossible that vaccination can provide greater protection than that from getting the actual disease. Which is why I think it is utterly bonkers we are actually vaccinating people who have circulating antibodies in their blood.”

3. Universal Mask Use Is Essential to Stop COVID-19 — It’s been touted that face masks are essential to stopping the spread of COVID-19 and could save 130,000 lives in the U.S. alone.8 But in 2019, the World Health Organization analyzed 10 randomized controlled trials and concluded, “there was no evidence that facemasks are effective in reducing transmission of laboratory-confirmed influenza.”9

Only one randomized controlled trial has been conducted on mask usage and COVID-19 transmission, and it found masks did not statistically significantly reduce the incidence of infection.10

“Never has a trial been subjected to such immediate and hostile reporting. Fact-checkers (whoever exactly they might be, or what understanding they have of medical research) immediately attacked it,” Kendrick noted, adding:11

“Yes, we have now entered a world when political fact checkers feel free to attack and contradict the findings of scientific papers, using such scientific terms as ‘Mostly false’ … Ignoring the modern-day Spanish Inquisition, and their ill-informed criticisms, I will simply call this study.

4. COVID-19 Death Statistics — The positive reverse transcription polymerase chain reaction (RT-PCR) tests for COVID-19 are plagued with problems, one of which is that they are not designed to be used as diagnostic tools as they cannot distinguish between inactive (noninfectious) viruses and “live” or reproductive ones.12

If you have a nonreproductive virus in your body, you will not get sick from it and you cannot spread it to others. Further, many if not most laboratories amplify the RNA collected far too many times, which results in healthy people testing “positive.” These false positive tests, in turn, can contribute to the number of people dying “with” COVID-19, but not actually dying “of” the disease.

“[W]e have the very strange concept that any death within twenty-eight days of a positive COVID19 swab is recorded as a COVID19 death,” Kendrick said, explaining:13

“You can have a positive swab long after you have been infected — and recovered. There are just some bits of virus up your nose that can be magnified, through the wonders of the PCR test, into a positive result.

Which means that an elderly person, infected months ago, can be admitted to hospital for any reason whatsoever. The they can have a positive swab — everyone is swabbed. Then they can die, from whatever it was they were admitted for in the first place. Then, they will be recorded as a COVID19 death.

In truth, this is just the start of impossible things when it comes to the number of COVID19 deaths. Do not get me started on PCR cycle numbers, and false positives. We would be here all day.”

5. The Swedish COVID-19 Response Was a Disaster — Sweden handled the pandemic differently than most of the globe, and has been chided for its looser restrictions and lack of severe lockdowns. In October 2020, TIME called the Swedish COVID-19 response a “disaster,”14 but Kendrick cites data showing that the death rate in Sweden in 2020 was right in line with other years — nothing out of the ordinary.15

“That is 120 extra deaths per million of the population, which is 1,224 people in a population of 10.2 million. The statistics tell us that twelve thousand people died from COVID19 in Sweden. Maybe you can make all that add up. Frankly, I find it impossible.”16

6. Lockdowns Have Worked — Available data reveal lockdowns have been completely ineffective at lowering positive test rates, while extracting a huge cost in terms of human suffering and societal health.

Using data from the Worldometer,17 Kendrick compiled a list of the countries with the highest rate of COVID-19, based on deaths per million of the population. Every country on the list, which included the U.K., Italy, the U.S., Spain, Mexico and others, had “fairly strict” lockdowns.

“Yet although this evidence is out there, I am being asked to believe that lockdowns work. At least the WHO agrees with me on this impossible thing.

As Dr. David Nabarro, the WHO special envoy on COVID19 said, ‘We really do appeal to all world leaders, stop using lockdown as your primary method of control. Lockdowns have just one consequence that you must never ever belittle, and that is making poor people an awful lot poorer.’19”

7. Asymptomatic Spreaders Are Driving the Pandemic — The reasoning given for lockdowns, masks and social distancing is to stop the spread of disease among people who are asymptomatic. It’s common sense to stay home if you’re sick and exhibiting symptoms, but for people who feel healthy, the institution of lockdowns to prevent asymptomatic spread is unprecedented.

Yet, during a June 8, 2020, press briefing, Maria Van Kerkhove, the World Health Organization’s technical lead for the COVID-19 pandemic, made it very clear that asymptomatic transmission is very rare, meaning an individual who tests positive but does not exhibit symptoms is highly unlikely to transmit live virus to others.

A study in Nature Communications also found “there was no evidence of transmission from asymptomatic positive persons to traced close contacts.”20 When they further tested asymptomatic patients for antibodies, they discovered that 190 of the 300, or 63.3%, had actually had a “hot” or productive infection resulting in the production of antibodies. Still, none of their contacts had been infected.21

8. The Virus Didn’t Come From a Lab Accident — Despite the complete absence of a plausible zoonotic origin theory, WHO’s investigative commission, tasked with identifying the origin of SARS-CoV-2, the virus that causes COVID-19, has officially cleared the Wuhan Institute of Virology and two other biosafety level 4 laboratories in Wuhan of wrongdoing, saying these labs had nothing to do with the COVID-19 outbreak.22

The WHO investigation was riddled with conflicts of interest from the start, and no credible theory for natural zoonotic spillover has been presented to date. However, there are at least four distinct lab origin theories, including the serial passage theory, which proposes the virus was created by serial passaging through an animal host or cell culture, as well as evidence for genetic manipulation.23

You may be wondering, if there’s so much evidence pointing toward a lab origin, why are leading health authorities and scientists dismissing it all and insisting SARS-CoV-2 is a natural occurrence, mysterious as it might be?

Should the COVID-19 pandemic be officially recognized as the result of a lab accident, the world might be forced to take a cold hard look at gain-of-function research that allows for the creation of these new pathogens. The end result would ideally be the banning of such research worldwide, with significant financial repercussions, the ending of prestigious careers in that realm and potential criminal charges for those involved as well.

In the face of misinformation and manipulation, what you can do now is keep your eyes open and your ears tuned to the science, so you don’t fall victim to the unnecessary panic and fear, or the increased surveillance and control, that is being created.