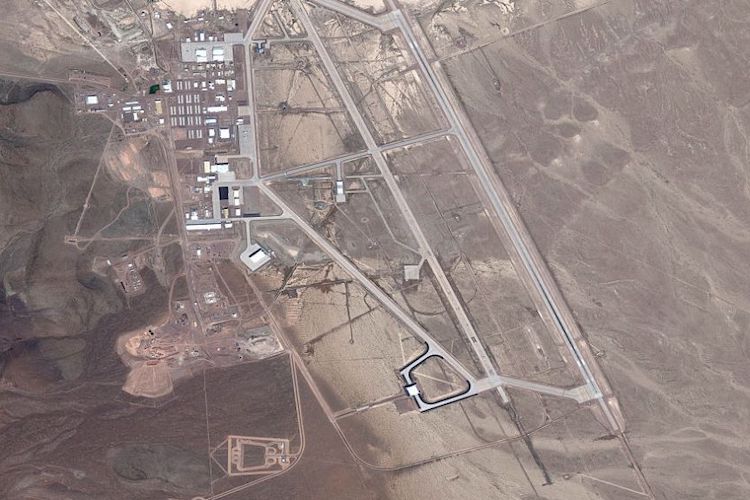 Located at Groom Lake in Las Vegas, Southern Nevada, Area 51 has been the United States Air Force facility that is highly classified. According to the CNN website, this location is the training range and Nevada test that is under the unit known as Nellis Air Force Base. Presently, it is used for open training ranges by the US Air Force.

Based on sources from the CIA, the name Area 51 is sourced from its map designation. It was previously named Paradise Ranch as a name to make the area more attractive to workers in the facility. Subsequently, the name was changed to The Ranch as a shortened form of the previous title, including other names such as Dreamland and Watertown.

In 1958 there was a declaration under the Public Land Order 1662; Area 51 was declared withdrawn from public use. This was ratified by the US Atomic Energy Commission, which was hitherto the US Energy Department.

Located 120 miles on the North West of Las Vegas, the area is presently restricted to the public. Some guards patrol the perimeter on a 24/7 basis, and it is also impossible for air traffic to pass overhead. Paranormal enthusiasts and conspiracy theorists have had a topic of fascination about the fact that the area is used to conceal alien bodies as well as Unknown Flying Object or UFOs.

For instance, in 1947, the conspiracy theorists claim that there was a UFO located in Roswell, New Mexico, which was taken to Area 51 for reverse engineering as well as replication of the extraterrestrial spacecraft.

Based on polls conducted by YouGov in June of 2019, 54percent of Americans believe the government knows more about Area 51 compared to the public. Furthermore, 24 percent claim that this statement is unlikely. In addition, 19 percent are sitting on the fence and claim not to be sure about Area 51 and what goes on in the area.

It was on April 12th, 1955, when CIA agent Richard Bissell spotted the area that would be turned to Area 51 by the US Air Force during an area scouting mission. It was then that he, along with Kelly Johnson and Col. Osmund Ritland, considered the area to be ideal for testing U-2 training pilots.

In July 1955, Area 51 began development using a U-2 reconnaissance plane. Later on, the Radar testing facility was established in November 1959.

There were security vulnerabilities that were made salient to Bissell on October 13th, 1961; these vulnerabilities would prove to be exact four decades later when a Russian built satellite managed to get some views of Area 51 in April of 2000. In the last year, there have been plans to make Area 51 more public with festivals held in the area. People have been encouraged to make their way to Nevada, Las Vegas for these festivities and to be a part of the celebrations to make the space more public.

However, they have been arrests during September of 2019 to visitors who were in the area against the law. It is yet to be clear whether the area will be open to the public in the future. However, with more information on the area being revealed as time goes by, it is clear that soon, the public will be in the know about what Area 51 has been hiding through the years since 1955.