This ‘Biker Gang’ Has Been Working to Support, Protect and Empower Abused Children 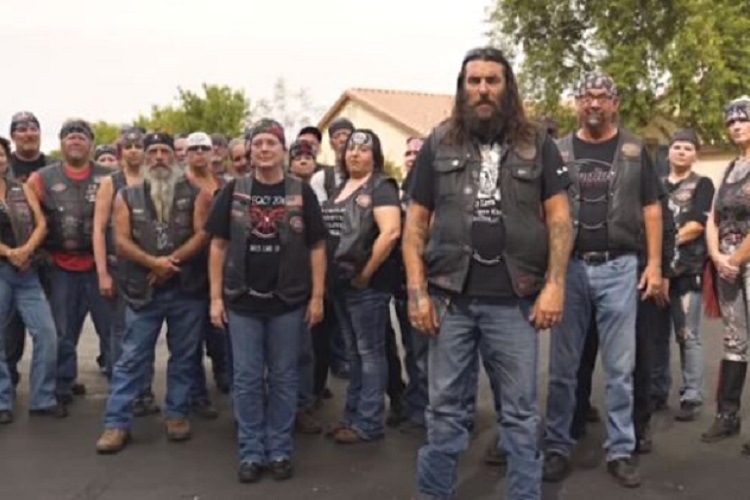 When one thinks of a typical motorcycle club, a few things come to mind: bruising bar fights, gang warfare, and the kind of criminal activity popularly depicted in the TV series Sons of Anarchy.

And while there are certainly a few modern motorcycle clubs that live up to the bad-boy image, children around the world have also been relying on a different type of biker gang for emotional support and protection.

Enter Bikers Against Child Abuse (BACA), an international nonprofit organization that relies on volunteers to form a layer of protection and empowerment for kids coping with parental abuse and other at-home ordeals.

At first glance, the group resembles any other outlaw motorcycle club—complete with their own logos, patches, leather vests, and a network of chapters throughout the world.

The group’s mission is to simply help children and their families through positive intervention, never violating parents’ rights or using violence and physical force to get their point across.

Whether the child has a nightmare in the middle of the night or an abuser is menacing a child, BACA bikers stand at their ready to positively intervene. The group also helps children cope with the stress of appearing before court.

As the group explains on their website, BACA works with individuals and agencies—state child protective services, for example—to support children who are frightened by their environments. Once a BACA liaison verifies a case through the authorities, the group steps in to introduce themselves, often through a motorcycle ride. The group explains:

“The B.A.C.A. chapter rides to meet the child and he/she is given a vest with a B.A.C.A. patch sewn on the back. The child is free to wear the vest or not, and we support their decision. The child is also given bumper stickers, and other gifts that are generally donated by the public. These initial visits generally last about a half an hour.

Following this initial contact, the child is given the name and number of two B.A.C.A. Members residing geographically closest to them, who then become the child’s primary contacts. Prior to becoming the primary contacts for the child, the bikers are cleared for participation by passing an extensive background check, have ridden with the Chapter for at least a year, and have received special instructions from the Licensed Mental Health Professional.

Anytime the child feels scared and feels the need for the presence of his new B.A.C.A. family, the child may call upon these bikers to go to the child’s house and provide the necessary reassurance to feel safe and protected.“

The group’s membership and supporters also help children by ensuring that they don’t ever feel lonely, scared, abandoned, or insecure. However, BACA ensures that the entire experience is consensual for both parents and children and will never intervene without permission.

Bikers who want to volunteer for BACA also undergo extensive background checks and training prior to entering service, and none of them are financially reimbursed for their work—it is purely a labor of love.

Over the course of over two decades, the group has expanded from the United States to locales across the world including Canada, New Zealand, and Australia.

Chuck Blair, vice president of BACA, explained to Bakersfield Now that for many children—and people in general—life can be unpredictable. “Sometimes it’s a great ride, sometimes it’s not a great ride,” he said.

“B.A.C. A is a group of bikers that works to empower children of abuse not to be afraid of the world they live in.

I think every kid should be able to have a beautiful life so, if we could do anything to make it better for them again, I’m all for it.”