They Are Creating The Biggest Witch Hunt In American History 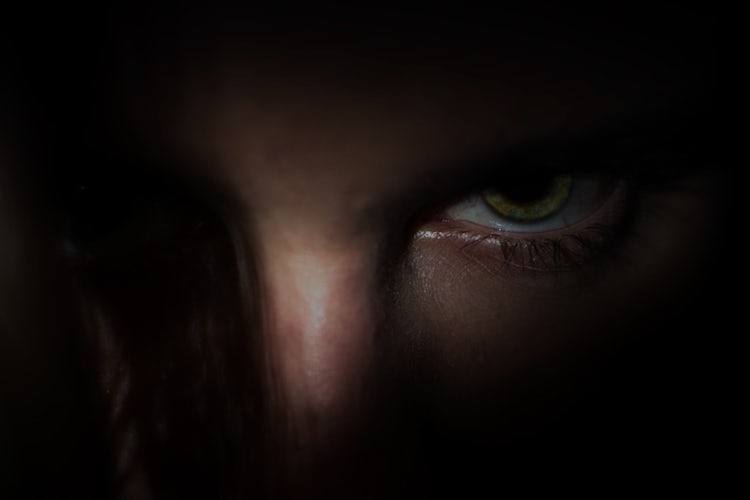 Prior to this pandemic, if you wanted to weed out all of the “troublemakers”, “independent thinkers” and “non-conformists” from our society, how would you have done it?

I suppose that sending everyone a questionnaire asking them what they believe would be one way to do it, but of course a lot of people would give false answers and many others would simply ignore the questionnaire.  Social media profiles contain a wealth of information, but many “non-conformists” are not even on social media and digging through all of that data would take an extraordinary amount of time, money and energy.  Up until just recently, there just hasn’t been an easy and efficient way to identify those that are not eager servants of the system.

But now the COVID vaccines have changed everything.  These injections are the perfect litmus test, because “troublemakers”, “independent thinkers” and “non-conformists” are pretty much the only ones that are refusing the shots at this point.  This makes it exceptionally easy to divide American citizens into two categories, and it also gives authorities a perfect excuse to push all of those “troublemakers”, “independent thinkers” and “non-conformists” to the fringes of society.

As I discussed yesterday, I was literally sick to my stomach as I pondered the implications of Biden’s tyrannical new decrees.  Originally, Biden and other Democratic leaders were against any sort of vaccine mandates, but now I think that they have realized that mandates are a tool that they can use to fundamentally reshape our society.

If you don’t understand where I am going with this, just keep reading, because it will become extremely clear by the end of this article.

Biden’s new decrees cover almost every major institution in our society.  Just think about it.  Any “major institution” is almost certainly going to be employing more than 100 people, and all such organizations are covered by Biden’s mandates.

In addition to businesses of various sizes, we are also talking about colleges, schools, churches, non-profits, political entities, sports teams and charitable organizations.

Millions of Americans that are employed by such institutions could be forced to leave their positions if they refuse to comply with what Biden is demanding.

And the rules that the Biden administration is coming up with will require the institutions to be the enforcers of these draconian new measures.

Your bosses will be forced to make sure that you are submitting to the new rules, because if not they could be hit with massive fines.

In my last article I used the word “sickening” to describe what Biden is trying to do to all of us, but the truth is that word is not nearly strong enough.

What we are facing is a complete and total national nightmare, and it isn’t going to end any time soon.

So now millions of federal employees will have to choose between their principles and their careers.

And considering the fact that so many of these people are barely providing for their families right now, a lot of really heartbreaking choices are going to have to be made.

Earlier today, I posted a video from a woman that works for the U.S. Treasury Department.  After all these years, she publicly announced on social media that she is going to leave her job because of Biden’s new mandates.

And countless others will follow her out the door.

Biden’s new decrees will also force nearly everyone in the entire healthcare industry to either get vaccinated or give up their careers.

What a horribly cruel thing to do.

Biden is essentially putting a gun to the heads of these people.  So many of them spent an enormous amount of time, energy and money to get their educations, and now Biden is telling them that they have to sacrifice everything that they have worked for if they will not comply with his demands.

As I pointed out yesterday, healthcare workers won’t just be forced out of their current jobs.  Because virtually every health care provider in the entire country accepts Medicaid and Medicare, those that refuse to comply will essentially be banned from the entire industry.

At a time when a shortage of qualified workers is causing chaos throughout our economy, Biden’s tyrannical orders could force millions of Americans to suddenly lose their jobs.  This is an incredibly foolish thing to do, and it could have very serious ramifications in the years ahead.

Sadly, it won’t just be a few people quitting their jobs.  A poll that was just conducted discovered that 72 percent of unvaccinated Americans said that they would quit their current jobs rather than be vaccinated…

Many making this argument have cited a Washington Post-ABC News poll released over the weekend. It showed that just 18 percent unvaccinated people whose employers don’t currently have mandates said they would likely get vaccinated if their employer required it. About 7 in 10 (72 percent) said that, if they couldn’t get a medical or religious exemption, they would probably quit rather than submit to the requirement.

I don’t know what is going on behind the scenes, but it is my opinion that Kamala Harris has had a lot of influence in the recent decisions that Biden has been making.

She has always had authoritarian tendencies, and if she ever becomes president that will truly be a catastrophic scenario.

Needless to say, Biden’s new mandates are going to cause great anxiety for millions upon millions of people, and a recent CNN poll found that the mood of the country was already heading in a very negative direction…

The new poll finds 69% of Americans say things in the country today are going badly, below the pandemic-era high of 77% reached in January just before President Joe Biden took office but well above the 60% who felt that way in a March CNN poll.

My hope is that Republican governors will fight Biden’s new decrees with everything that they have got.

Because the truth is that this is one of the most critical moments in U.S. history.

Our most basic liberties and freedoms are under full assault, and we really are descending into full-blown tyranny.

If Biden’s new mandates are not overturned by the courts, millions of Americans that love liberty and freedom could be forced from their jobs.

It would truly be a witch hunt of unprecedented size and scope, and it would represent the greatest purge of “troublemakers”, “independent thinkers” and “non-conformists” that any of us have ever witnessed.

Michael Snyder is editor of End of the American Dream. His new book entitled “7 Year Apocalypse” is now available in paperback and for the Kindle on Amazon.