The Metaverse Is A Scam: We’re Being Herded Into The Matrix 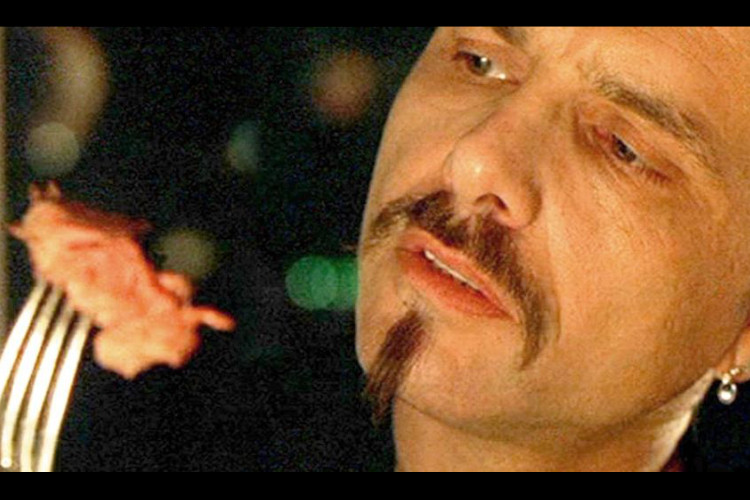 How do they get our souls?

Soul traps. The lures are the lusts and hungers of this life. The [soul], exploring the newfound freedom of the energetic world, finds himself able to visit his friends and enemies, to see their innermost being and thoughts, even to converse with them in ways that their elemental selves cannot perceive. He is in danger, but he does not know it, for he has not ascended. He is still ensnared by his lust. Soon he will be shown something that perfectly fulfills his most en and cherished desires, desires he has never fulfilled. Unable to resist the chance to do it at last, he enters by a golden door into eternal captivity.

The passage is from Whitley Strieber’s “The Key”, a purportedly true account as related by Streiber of an encounter with a mysterious humanoid being who simply knocked on the door of his Toronto hotel room at 3am on June 6, 1998, entered his suite and told him about mankind’s place in the cosmos and his inescapable fate.

Strieber’s account may be a synthesis: partly “true” (in that he believes it occurred as he relates it), part visioning, part somnambulistic dream state. Whatever emanates from the mind of Whitley Strieber, it originates from some realm outside of our Cartesian,  materialist notion of consensus reality.

He reminds me of that other prophetic visionary of yesteryear: Rudolf Steiner, whom as I wrote previously, spent much of his life in a hypnogognic state, possibly without even realizing it.

Steiner and Strieber. Odd that. They are both talking about the same thing. The idea that the souls of humanity could be captured in a technological machine, where they would wander forever, believing they have omniscience, even Godhood.

“At that point the longevity of one’s mind file will not depend on the continued viability of any particular hardware medium (for example, the survival of a biological body and brain). Ultimately software-based humans will be vastly extended  beyond the severe limitations of humans as we know them today. They will live out on the Web, projecting bodies whenever they need or want them, including virtual bodies, foglet projected bodies, and physical bodies comprising nanobot swarms and other forms of nanotechnology”.
— Ray Kurzweil, Director of Engineering @ Google and author of The Singularity is Near.

Steiner called it The Eighth Sphere and warned that sometime in the late 20th century, Arhiman would incarnate in the west and drive a global process of harvesting human souls into it. The zeitgeist of radical material reductionism would dampen, deaden and dumb down humanity to its coarsest, most basic layers: meat. Our minds, what we think is our own consciousness, our souls, self-awareness even our freewill, it’s all just an illusion. Our experts say. It’s just something that happens when our brains gas off certain neurochemicals. 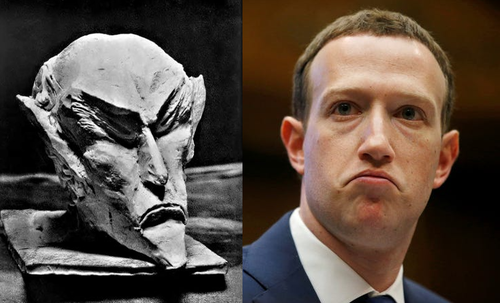 Who is the incarnation of Arhiman? Zuckerberg with his Metaverse ticks the boxes…

This isn’t some phantasmagorical utopian afterlife promised by Bible-banging evangelists or bomb-toting Jihadists – this is serious Scientism. Ray Kurzweil, Elon Musk, even Jeffrey Epstein were espousing that the era of Tranhumanism was arriving. We are on the cusp of becoming Post-Biological, and when that happens, all our problems will be solved.

“We will spend increasing portions of our time in virtual environments and will be able to have any type of desired experience with anyone, real or simulated, in virtual reality…. Lingering problems from our waning industrial age will be overcome”
— Ray Kurzweil

People worry that only the rich will have access to the trappings of emergent technologies, and the masses will be left out in the cold…

What’s happening is we’re being herded into The Matrix. As I’ve written previously, in The Crypto Capitalist Manifesto, and here, that the core rationalization of the “You’ll Own Nothing And Be Happy” Great Narrative (as it is now being called) is that the rabble has to ratchet down its standard of living. The reason why isn’t about climate change or COVID.

It’s because we’re in late stage Globalism and the world’s financial and economic system is on the verge of imploding.

The people in charge, the people who’ve been doubling down on failed policies for decades, the people who brought us here with Quantitative Easing, ZIRP/NIRP, debt, Big Government and The Forever Wars, they want to stay in charge.

So they’re going to use COVID, Climate, Collectivism and Wokeness to herd the knuckle-dragging plebians into The Metaverse. That way they’ll be easier to control, they’ll be placated, and they won’t take up so much space in the real world.

In the real world, the insular, inbred elites will be zipping around in their private jets. They’ll be reimagining everybody else’s lives. Deciding how much “real world time” and resources to apportion to the rabble. Uploading intellectual Muzak directly into their brains telling them that it’s all for their own good.

There’s only one problem

This would all be well and good, in fact large swaths of the masses may even prefer a synthetic life in The Metaverse than having to deal with the vicissitudes and tribulations of reality.

However, the very construct of a Metaverse, one where:

The straightfoward brain-porting scenario involves scanning a human brain (most likely from within), capturing all of the salient details, and reinstantiating the brain’s state in a different — most likely much more powerful — computational substrate. This will be a feasible procedure and will happen most likely around the late 2030’s”
— The Singularity is Near

The Algorithmic Imitation (“AI”) that would be required to facilitate this and have it operate along the lines proselytized by the Kurzweil’s et al is not attainable. The reason it isn’t attainable is because of the internal contradictions of what I call “techno-utopianism”.

Two of those contradictions are these:

Firstly: If the mind is a byproduct of physical processes then consciousness is really an illusion and free-will doesn’t actually exist, because all phenomenon are simply linear outcomes of biochemistry and physics. If so then there is nothing to upload into the cloud. Nor is there any real point in doing so. If we really do live in a billiard ball universe, who cares if we can make a shot last forever? There is nobody to care and nothing to care about.

Mind, consciousness and intelligence will never emerge from material reality because it’s the other way around.

Belief that mind emerges from matter is this era’s geocentrism. As was the case with the now antiquated idea that the Earth was the center of the universe. The heliocentric cosmos was probably understood by certain civilizations thousands of years before Giordano Bruno was burned at the stake for saying as much in the 17th century. So too, did the ancients understand that “All is mental”. The universe is vibration, probability, information, energy and conciousness first. Out of that comes what we recognize as sub-atomic particles and atoms. The quantum physicists reconnected with this truth about a century ago, the rest of society, including the priests of the Temple of Scientism and Expert Management haven’t gotten the memo, yet. If they did, they wouldn’t be trying to shoehorn our minds into a computer. They’d be trying to build computers that tap into the conscious base layer of quantum reality (note, this is not to be confused with what so-called ‘Quantum Computing’ endeavours to do).

Because of this, everything premised upon the idea of super-intelligent, top down, centralized control of the affairs of humanity, of the economy, of The Great Reset, The Great Narrative and The New Normal, all of it is doomed to failure. It simply won’t work.

The problem, however, is that in betting the farm on having an expert class of managers deploying super-intelligent AI’s to solve all of our problems, manage the rabble and control all the outcomes, means we’re headed for a Tower of Babel 2.0 moment. More on that in the next edition.

In the meantime, if you’re a plebeian, the work of the day is The Great Opt-Out, a Great Reject. Decentralize your affairs.  Take sovereignty over your own life and your own economics. Link up with others doing the same. The counter-revolutionary impulse against late stage Globalism is, in addition to spirituality, meditation and contemplative practices, embracing decentralization and public key cryptography.

I cover macro tensions between Late Stage Globalism and the rise of the sovereign-individual extensively in The Crypto Capitalist Letter, along with a tactical focus on publicly traded crypto stocks. Get the overall investment / macro thesis free when you subscribe to the Bombthrower mailing list, or try the premium service for a month with our fully refundable trial offer.