The Eightfold Path of Good Character 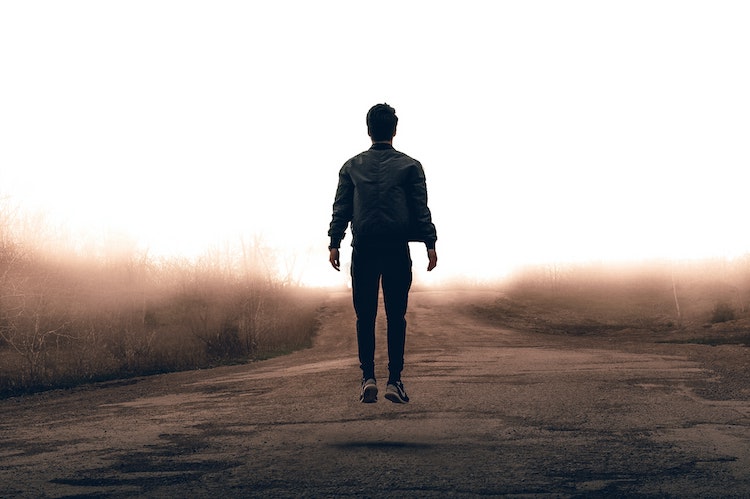 A robust character hinges on eight core virtues: courage, curiosity, temperance, humility, liberty, honor, wisdom, and humor. These virtues are vital rungs on the ladder toward achieving wholeness in character.

“Without courage you can’t practice any other virtue consistently.” ~Maya Angelou

Courage is the bedrock of human excellence. Before any other virtue can be realized, courage must be self-actualized. There must first come a courageous deviation or there is no “first.” Period. Therefore, it is of the utmost importance that you live a courage-based lifestyle over a comfort-based lifestyle.

Without the initial leap of courage there is no freedom, no excellence. Without courage, one is merely restricted to the conventional, inhibited by the whims of others, imprisoned inside the box of the status quo, and hampered by outdated reasoning. Without courage, the third eye remains calcified, rigid, blind.

With the leap of courage, however, one is emancipated. The world unlocks. The mind unbolts. The soul unfastens. Inhibitions dissolve, and serendipity, adaptability, and improvisation manifest. Boundaries transform into horizons. Comfort zones stretch into adventure. You split the smoke. You shatter the mirrors. And the glory of the path is revealed.

Curiosity is essential. It is the fuel that launches us beyond faith. It is the cure for the disease of certainty.

Curiosity is the ultimate existential leveling mechanism. It forces our thoughts outside the box, stretches our comfort zone, shatters entrenched mental paradigms, keeps us ahead of the curve, and pushes the envelope of all the things we’ve taken for granted.

Curiosity is on the edge of tomorrow, laughing into the abyss, shirking the tiny-minded perspective of our parochial past, and gaping in astonishment and wild wonder into the mysterium tremendum et fascinans of the Great Mystery.

“The best amount of property to have is that which is enough to keep us from poverty, and which yet is not far removed from it.” ~Seneca

Luckily, health is a benchmark for temperance. It’s the core of universal law. Unluckily, this benchmark is hidden in a ‘language older than words,’ which can sometimes seem impossible to decode. Moderation is Health’s secret decoder ring.

Although some things must be moderated more than others, extremism in anything is the bane of health. We can breathe too much oxygen. We can drink too much water. We can even live too much in the moment. Through moderation we discover health. And through health we are free to practice temperance. We maintain our personal health through moderation so that health in general can manifest. As Gandhi wisely suggested, “Live simply so that others may simply live.”

A good rule of thumb, then, is this: moderation in all things, to include moderation. This way we are proactively injecting balance into the cosmos, while at the same time enjoying life. The key is to accept responsibility for the consequences of both our moderate and immoderate choices. Tricky, but that’s where humility comes into play.

“After the ecstasy, the laundry.” ~Jack Kornfield

Research suggests that a healthy dose of humility helps protect against extremism, polarization, and bias. When we are humble, we can admit that we are fallible, imperfect, and uncertain. It gives us the courage to admit when we are wrong.

Humility brings us back down to earth. It unravels the roots, uncovers the bones, strikes at the core of the human condition. It reveals the wizard behind the curtain was always us. It forces our head over the edge of the abyss. It exposes our halos as mortal coils. It gets us out of our own way.

“Seek freedom and become captive of your desires. Seek discipline and find your liberty.” ~Frank Herbert

Freedom is not a given. It must be earned. It must be cultivated, practiced, and acted upon daily. The moment freedom is taken for granted is the moment it is lost.

Freedom is always a rebellion. What it rebels against is anything seeking to fetter the progressive and healthy evolution of the human spirit. In the crashing plane of an unfree world, a free human is someone who puts the oxygen mask on themselves first in order to be there for those who are incapable or who are ignorant of the fact that they are not free.

As Jean Piaget said, “We organize our worlds by first organizing ourselves.” And so self-organization (self-discipline) is the first step toward freedom. Liberty, then, is a culmination of earning freedom through self-discipline, and then holding the world accountable.

“We are not provided with wisdom, we must discover it for ourselves, after a journey through the wilderness which no one else can take for us.” ~Marcel Proust

Wisdom cannot be taught. Knowledge can be taught, skills can be taught, but not wisdom. We can discover wisdom, we can live it through experience, we can dip in and out of it in Flow States, we can do wonders with it with our creative powers thereafter, but we cannot teach it.

Wisdom is likewise just as undefinable. It is mystical, numinous, and transcendent. It can even be foolish, eccentric, and outlandish. There’s a childlike element to it that humbles mastery, just as there’s a maturity to it that towers over naivete.

Most of all wisdom is a heightened state of clarity. It’s a crispness of elevated spirit. It’s a three-eyed owl on a high branch. It’s a profound sense of humor that’s undeterred by the knowledge, experience, and tribulations that birthed it. Most of all, Wisdom has the wherewithal to get out of its own way.

“The individual is more completely revealed in play than in any one other way, and play has a greater shaping power over the character and nature of man than has any one other activity.” ~Luther Gulick

Such levity creates a powerful gravity. The self becomes magnetic. When you are flexible in humor you attract the world to yourself. You’re able to have a soulful laugh at all the ego seriousness. Pettiness falls away from you like water off a duck’s back. You become transcendent, detached, unconquerable.

Having a good sense of humor is the crowning achievement of good character, and the soul is the crown. It’s the golden crown chakra of character, sparking in the eternal night, a beacon of hope in the dark, a beacon of darkness in the blinding light, a symbol of recycled mastery that honors the Great Mystery despite our all too mortal angst.