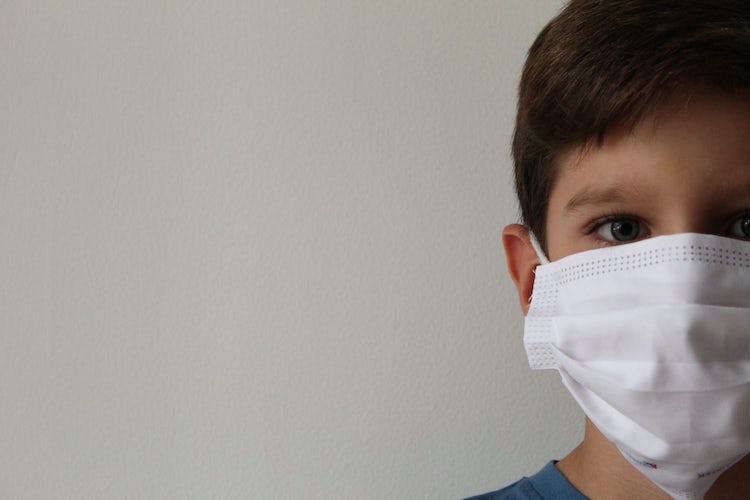 “Every day in communities across the United States, children and adolescents spend the majority of their waking hours in schools that have increasingly come to resemble places of detention more than places of learning.”—Investigative journalist Annette Fuentes

Once upon a time in America, parents breathed a sigh of relief when their kids went back to school after a summer’s hiatus, content in the knowledge that for a good portion of the day their kids would be gainfully occupied, out of harm’s way and out of trouble.

Those were the good old days, before the COVID-19 pandemic introduced a whole new level of Nanny State authoritarianism to our daily lives, locking down communities, forcing kids out of the schoolroom and into virtual classrooms, leaving vast swaths of the work force dependent on government welfare, while pushing other segments into a work-from-home model, and generally subjecting us to an increasingly obnoxious level of intrusion by the government into our private lives.

Now, after almost 18 months away from a physical classroom, students are heading back to school.

Here’s what they can expect.

From the moment a child enters one of the nation’s 98,000 public schools to the moment he or she graduates, they will be exposed to a steady diet of:

Young people in America are now first in line to be searched, surveilled, spied on, threatened, tied up, locked down, treated like criminals for non-criminal behavior, tasered and in some cases shot.

Nowadays, students are not only punished for minor transgressions such as playing cops and robbers on the playground, bringing LEGOs to school, or having a food fight, but the punishments have become far more severe, shifting from detention and visits to the principal’s office into misdemeanor tickets, juvenile court, handcuffs, tasers and even prison terms.

Look-alike weapons (toy guns—even Lego-sized ones, hand-drawn pictures of guns, pencils twirled in a “threatening” manner, imaginary bows and arrows, fingers positioned like guns) can also land a student in hot water, in some cases getting them expelled from school or charged with a crime.

Not even good deeds go unpunished.

One 13-year-old was given detention for exposing the school to “liability” by sharing his lunch with a hungry friend. A third grader was suspended for shaving her head in sympathy for a friend who had lost her hair to chemotherapy. And then there was the high school senior who was suspended for saying “bless you” after a fellow classmate sneezed.

In South Carolina, where it’s against the law to “disturb” a school, more than a thousand students a year—some as young as 7 years old—“face criminal charges for not following directions, loitering, cursing, or the vague allegation of acting ‘obnoxiously.’ If charged as adults, they can be held in jail for up to 90 days.”

These outrageous incidents are exactly what you’ll see more of now that in-person school is back in session, especially once you add COVID-19 mandates to the mix.

Having police in the schools only adds to the danger.

Thanks to a combination of media hype, political pandering and financial incentives, the use of armed police officers (a.k.a. school resource officers) to patrol school hallways has risen dramatically in the years since the Columbine school shooting.

Indeed, the growing presence of police in the nation’s schools is resulting in greater police “involvement in routine discipline matters that principals and parents used to address without involvement from law enforcement officers.”

Funded by the U.S. Department of Justice, these school resource officers (SRO) have become de facto wardens in elementary, middle and high schools, doling out their own brand of justice to the so-called “criminals” in their midst with the help of tasers, pepper spray, batons and brute force.

In the absence of school-appropriate guidelines, police are more and more “stepping in to deal with minor rulebreaking: sagging pants, disrespectful comments, brief physical skirmishes. What previously might have resulted in a detention or a visit to the principal’s office was replaced with excruciating pain and temporary blindness, often followed by a trip to the courthouse.”

The horror stories are legion.

One SRO was accused of punching a 13-year-old student in the face for cutting the cafeteria line.

That same cop put another student in a chokehold a week later, allegedly knocking the student unconscious and causing a brain injury.

In Pennsylvania, a student was tasered after ignoring an order to put his cell phone away.

When 13-year-old Kevens Jean Baptiste failed to follow a school bus driver’s direction to keep the bus windows closed (Kevens, who suffers from asthma, opened the window after a fellow student sprayed perfume, causing him to cough and wheeze), he was handcuffed by police, removed from the bus, and while still handcuffed, had his legs swept out from under him by an officer, causing him to crash to the ground.

Young Alex Stone didn’t even make it past the first week of school before he became a victim of the police state. Directed by his teacher to do a creative writing assignment involving a series of fictional Facebook statuses, Stone wrote, “I killed my neighbor’s pet dinosaur. I bought the gun to take care of the business.” Despite the fact that dinosaurs are extinct, the status fabricated, and the South Carolina student was merely following orders, his teacher reported him to school administrators, who in turn called the police.

What followed is par for the course in schools today: students were locked down in their classrooms while armed police searched the 16-year-old’s locker and bookbag, handcuffed him, charged him with disorderly conduct disturbing the school, arrested him, detained him, and then he was suspended from school.

Not even the younger, elementary school-aged kids are being spared these “hardening” tactics.

On any given day when school is in session, kids who “act up” in class are pinned facedown on the floor, locked in dark closets, tied up with straps, bungee cords and duct tape, handcuffed, leg shackled, tasered or otherwise restrained, immobilized or placed in solitary confinement in order to bring them under “control.”

In almost every case, these undeniably harsh methods are used to punish kids—some as young as 4 and 5 years old—for simply failing to follow directions or throwing tantrums.

Very rarely do the kids pose any credible danger to themselves or others.

Unbelievably, these tactics are all legal, at least when employed by school officials or school resource officers in the nation’s public schools.

This is what happens when you introduce police and police tactics into the schools.

Paradoxically, by the time you add in the lockdowns and active shooter drills, instead of making the schools safer, school officials have succeeded in creating an environment in which children are so traumatized that they suffer from post-traumatic stress disorder, nightmares, anxiety, mistrust of adults in authority, as well as feelings of anger, depression, humiliation, despair and delusion.

For example, a middle school in Washington State went on lockdown after a student brought a toy gun to class. A Boston high school went into lockdown for four hours after a bullet was discovered in a classroom. A North Carolina elementary school locked down and called in police after a fifth grader reported seeing an unfamiliar man in the school (it turned out to be a parent).

Police officers at a Florida middle school carried out an active shooter drill in an effort to educate students about how to respond in the event of an actual shooting crisis. Two armed officers, guns loaded and drawn, burst into classrooms, terrorizing the students and placing the school into lockdown mode.

These police state tactics have not made the schools any safer.

The fallout has been what you’d expect, with the nation’s young people treated like hardened criminals: handcuffed, arrested, tasered, tackled and taught the painful lesson that the Constitution (especially the Fourth Amendment) doesn’t mean much in the American police state.

Unfortunately, advocates for such harsh police tactics and weaponry like to trot out the line that school safety should be our first priority lest we find ourselves with another school shooting. What they will not tell you is that such shootings are rare.

As one congressional report found, the schools are, generally speaking, safe places for children.

There can be no avoiding the hands-on lessons being taught in the schools about the role of police in our lives, ranging from active shooter drills and school-wide lockdowns to incidents in which children engaging in typically childlike behavior are suspended (for shooting an imaginary “arrow” at a fellow classmate), handcuffed (for being disruptive at school), arrested (for throwing water balloons as part of a school prank), and even tasered (for not obeying instructions).

Instead of raising up a generation of freedom fighters—which one would hope would be the objective of the schools—government officials seem determined to churn out newly minted citizens of the American police state who are being taught the hard way what it means to comply, fear and march in lockstep with the government’s dictates.

So what’s the answer, not only for the here-and-now—the children growing up in these quasi-prisons—but for the future of this country?

How do you convince a child who has been routinely handcuffed, shackled, tied down, locked up, and immobilized by government officials—all before he reaches the age of adulthood—that he has any rights at all, let alone the right to challenge wrongdoing, resist oppression and defend himself against injustice?

Most of all, how do you persuade a fellow American that the government works for him when, for most of his young life, he has been incarcerated in an institution that teaches young people to be obedient and compliant citizens who don’t talk back, don’t question and don’t challenge authority?

As we’ve seen with other issues, any significant reforms will have to start locally and trickle upwards.

For starters, parents need to be vocal, visible and organized and demand that school officials 1) adopt a policy of positive reinforcement in dealing with behavior issues; 2) minimize the presence in the schools of police officers and cease involving them in student discipline; and 3) insist that all behavioral issues be addressed first and foremost with a child’s parents, before any other disciplinary tactics are attempted.

As I make clear in my book Battlefield America: The War on the American People, if you want a nation of criminals, treat the citizenry like criminals.

If you want young people who grow up seeing themselves as prisoners, run the schools like prisons.

If, on the other hand, you want to raise up a generation of freedom fighters, who will actually operate with justice, fairness, accountability and equality towards each other and their government, then run the schools like freedom forums.

Remove the metal detectors and surveillance cameras, re-assign the cops elsewhere, and start treating our nation’s young people like citizens of a republic and not inmates in a police state penitentiary.