The Continuum of Connection: Why Connection is the Most Essential Human Trait 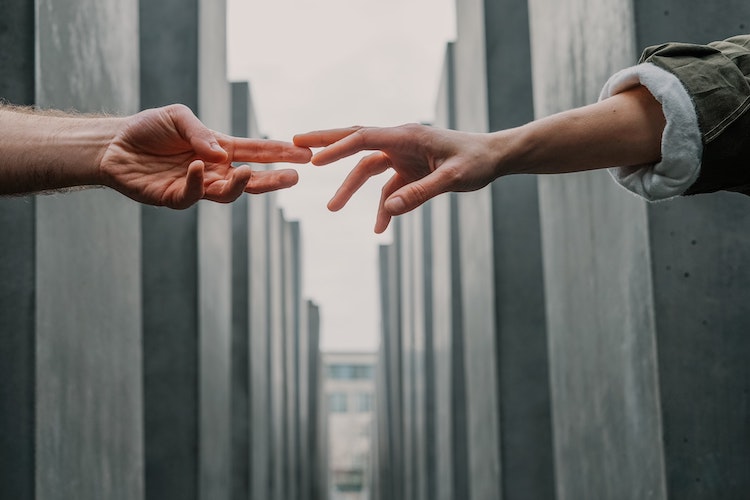 In 1939, at his ashram in central India, Mahatma Gandhi was growing increasingly concerned about events in Europe. When news reached him that Hitler had invaded Czechoslovakia, he wrote to the German dictator, imploring him to stop. Gandhi wrote, “It is quite clear that you are today the one person in the world who can prevent a war which may reduce humanity to a savage state. Must you pay that price for an object however worthy it may appear to you to be?”

It is not known whether this letter reached Hitler – perhaps it never even left India. But if Hitler did read it, he ignored it. Just a few weeks later, in September, he invaded Poland, triggering the outbreak of World War 2.

A year into the war, Gandhi tried again. This time he wrote a more detailed and reasoned letter, imploring Hitler to “stop the war.” Gandhi reprimanded Hitler for his invasions of other countries, which he called “monstrous and unbecoming of human dignity…I therefore appeal to you in the name of humanity to stop the war.”

Again, it is not known whether Hitler read Gandhi’s second letter. If he did, we can imagine him flying into a rage and throwing it into the fire. At any rate, Gandhi’s attempt to reason with Hitler was doomed to failure.

One reason why Gandhi’s interaction with Hitler is so significant is because as human beings they were polar opposites, standing at opposing extremes of the vast continuum of human nature.

Gandhi was not perfect, but in many ways he was an exceptional human being. In his philosophy of non-violence and his capacity for altruism and self-sacrifice (as exemplified by his public fasts, which brought him close to death), he represented an ideal of goodness. In his willingness to sacrifice his own desires and interests (and even his own life) for universal principles of justice and peace, he embodied the selflessness of pure spirituality.

In contrast, Hitler was the embodiment of evil. He was a man with a severely disordered personality, with traits of psychopathy, narcissism, and paranoia. With no capacity for empathy, he was unable to form emotional bonds with other people, and to see them as anything more than objects. In reverse to Gandhi, Hitler was monomaniacally obsessed with the pursuit of his own goals (which by extension became the goals of the Third Reich) and unconcerned if millions of human beings lost their lives in the process. He was completely indifferent to the pain and destruction his actions caused.

Most fundamentally, we can see the difference between Hitler and Gandhi as one of connection. The “goodness” of Gandhi — or of any extremely altruistic person — is the result of a strongly connected sense of self, which experiences a high level of empathy and compassion. With a strongly connected self, you can take other people’s perspective and sense their suffering. You can subsume your own desires and goals for the sake of other people’s wellbeing. You also have a strong sense of justice, based on your awareness of other people’s rights.

In contrast, Hitler represents a state of extreme disconnection. The brutality of such a figure — or any person with strong psychopathic and/or narcissistic traits — stems from a self that is so disconnected and individuated that it has no capacity for empathy. Highly disconnected people are completely self-immersed and separate. They can’t sense other people’s suffering or see the world from other people’s perspective. They can’t look beyond their own desires and ambitions, and so can’t curtail these if they cause suffering to others. Without empathy, they care nothing about the rights of others, or about oppression or inequality. Other people only have value if they can help them attain their goals, in which case they exploit and manipulate others to extract as much gain as possible. If other people do not have value in this way, they are viewed as obstacles who can be persecuted and mistreated — and in extreme cases, killed — without remorse.

In other words. what we normally refer to as human goodness — with aspects such as kindness, altruism, fairness and justice — is the result of connection. Essentially, goodness is the result of the ability to empathize, to sense other people’s suffering and take their perspective.

Conversely, what we normally refer to as human “evil” — with aspects such as brutality, cruelty, exploitation, and oppression — is the result of disconnection. Evil behaviour stems from a highly individuated and disconnected sense of self which has no capacity for empathy.

From Evil to Goodness

One of the most amazing things about human beings is that what we call “human nature” covers such a vast spectrum, from the psychopathic brutality of Stalin and Hitler to the selfless goodness of Gandhi, Nelson Mandela, or Martin Luther King. Human nature can be seen as a continuum of connection. On one side we have the extreme disconnection of murderous dictators, serial killers, and violent sadists. This is where human evil is situated. On the opposite side, we find people with a strong sense of empathy and compassion, who are free of egoism and selfishness, and devote their lives to helping others. This is where goodness is situated. Such highly connected people also feel a strong sense of connection to the natural world, and to animals and other living beings.

Most human beings are in the middle of the continuum of connection, somewhere between the two extremes described above. We are a combination of good and evil, capable of both selfishness and selflessness. Our behavior may fluctuate from day to day, from mood to mood, or situation to situation. In our most connected moments, we feel empathy and compassion and act selflessly. In our most disconnected moments, we are preoccupied with our own needs and desires and act selfishly and cruelly.

Steve Taylor is a senior lecturer in Psychology at Leeds Beckett University, UK. His latest books in the US are The Calm Center and Back to Sanity: Healing the Madness of the Human Mind. He is also the author of The Fall, Waking From Sleep, and Out Of The Darkness. His books have been published in 19 languages. His research has appeared in The Journal of Transpersonal Psychology, The Journal of Consciousness Studies, The Transpersonal Psychology Review, The International Journal of Transpersonal Studies, as well as the popular media in the UK, including on BBC World TV, The Guardian, and The Independent.

As the author of Out Of The Darkness, one of Steve’s research interests is “awakening experiences” — moments when our normal awareness intensifies and we feel a sense of connection and meaning. What causes these experiences? Is it possible to control them? Steve’s work also examines the sources of psychological suffering — Why is it that human beings find it so difficult to be contented? His research also shows that many awakening experiences are triggered by intense psychological turmoil, such as depression and loss.

Connect with Steve at StevenMTaylor.com.