The Beauty of Solitude and The Power of Magic Elixir 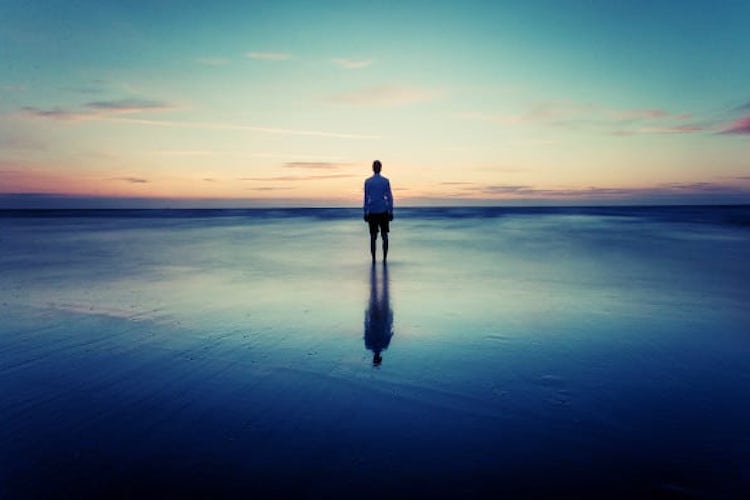 Solitude and meditation are a combination of the most powerful tools known to mankind, provided one can eventually swap them out for the equally powerful tool of magic elixir.

But let’s not get ahead of ourselves. Let’s not make the mistake of putting the cart in front of the horse. In order to discover magic elixir, one must first dare solitude and meditation. This requires a Hero’s Journey of sorts: a separation phase, an initiation phase, and a return phase. Let’s break it down.

Into the Wild (Separation Phase):

“It is what one takes into solitude that grows there, the beast within included.” ~Nietzsche

Sometimes the only way to realize that life is beautiful is to look at it in a beautiful way.

This is not a plea for donning rose-colored glasses. Not at all. It is an appeal to leave the all-too-familiar rust, dust, dullness, naivete, softness, and fragility of the comfort zone. It’s a call to beauty, the beauty of adventure. The beauty of living between worlds and gaining the wherewithal to migrate back and forth.

Solitude is powerful because it separates us from the rat race and reveals interconnected beauty. We go from being a rat in a cage to a creature enthralled by its connection with Nature as a whole. We go from being a millstone in a daily grind to being a whetstone that we can sharpen ourselves against. We go from being a cog in the clockwork to an alarm clock that awakens us to higher awareness. In solitude, we can no longer pretend that we are asleep.

Most members of the herd never taste solitude. They get caught up in the rat race, trapped in their cultural conditioning, stuck in religious indoctrination, or imprisoned in political brainwashing. They lose sight of the underlying essence. They sacrifice their wildness for mildness. And when it comes that their life requires a little bite, they discover that they have no teeth.

Solitude rewilds the domesticated animal and teaches it how to regrow its teeth. In conservation biology the term “rewilding” is the rehabilitation process of captive animals. In the case of rewilding the world, or The Great Rewilding, the captive animal just happens to be human.

Understand: rewilding does not mean regressing. It’s not a call back into the cave. Not at all. It’s exactly the opposite. It’s the call of the wild which helps us realize that civilization has become the modern-day Plato’s Cave. The call of the wild is the heart’s longing for itself to become open-hearted once again. Rewilding is simply a healthy means toward achieving that end.

Rewilding begins within. If you rewild yourself again and again, you might earn the right to rewild the world.

Learn to be nourished by solitude rather than defeated by it. Solitude will break you. That’s fine. Let it. You have to feel your brokenness. You have to fall in love with it. Otherwise, you will only ever be a fool of your hope and never authentically hopeful.

“Life has no meaning. Each of us has meaning and we bring it to life. It is a waste to be asking the question when you are the answer.” ~Joseph Campbell

Confucius described the “fasting of the heart” as a form of meditation which leads to letting our preconceptions go and making room to receive.

The Hope-fool enters their solitude filled with preconceptions and expectations. Their cup is overflowing with delusions of grandeur and pigeonholed meaning. They have yet to bring their own meaning to life because they are drowning in the delusion that existence is meaningful.

Losing all hope is the beginning of meaningful hope. It’s the crossing of the first threshold. It’s surrendering to the fall into the rabbit hole. It’s taking the red pill after forsaking the blue. It’s embracing the Desert of the Real upon exiting Plato’s Cave. It’s “making room to receive.” What does one receive? Truth. Hard truth. The harsh truth that reality is fundamentally meaningless.

This harsh truth is a dark gift. It’s the psychological death of the old self and the birth of a new more capable self. It’s a painful rebirth. It’s tempest-testing, honor-honing, humor-sharpening. The reward is deep insight.

This deep insight forms a mirror inside us which reflects the world as it is rather than how we were conditioned, indoctrinated, or brainwashed into seeing it. From this deep reflection we become a drop on Indra’s Web, reflecting the whole. We fractal out. We fractal in. We interconnect. The hope-fool collapses into hopelessness only to be resurrected into Hope, into providence. The uninitiated (Hope-fool) becomes the initiated (hopeless) becomes individuated (Hopeful).

Hopelessness is the crucible in which the elixir is cooked. Hope is the integration, containment, and encapsulation of the elixir that makes it magical.

“Everything that is formulated becomes more tolerable.” ~Emil Cioran

Having gleaned otherworldly secrets (deep wisdom, hopeless love, the experience of survival), it’s now time to transform it all into art.

Pain is the magic ingredient within art that makes it meaningful, valuable, and worthwhile. Art without pain is mere makeup. Art infused with pain is transcendent, otherworldly, transformative and transportive. The pain strikes at the heart of the human condition and drags us into heightened levels of experience.

This reveals a profound revelation: the heart of hope is hopelessness. It’s yin-yang perfect. It’s existentially masochistic. These are the profound ingredients of the storytelling medicine of magic elixir.

It’s painful to put yourself out there. It’s painful to be vulnerable, but those people who do that are the dreamers, the innovators, and the creators of magic elixir. They bring hard-earned secrets back to the tribe as a gift of tough love. They choose to become medicine, which could only be discovered while in the deep throes of allowing the journey to be the thing (hopelessness). Then they bring that powerful medicine back to the tribe in the form of hope.

Magic elixir is a squaring of the circle. It’s a hacking of the mind of God. Where the circle is the infinite interconnectedness between all things (God) and the square is the magic elixir (the meaning which contains it) that we bring back to the world.

Those carrying magic elixir have access to the crossroads between Nature and the human soul. They can bridge the gap between the sacred and the banal. It’s on the bridge back to the tribe where they repackage and recode their wisdom. They take what they learned in the wild and develop new forms of courage and endurance which they inject into their elixir.

They have learned how to compress Infinity into bounded form. They fit it into a frame, a book, a painting, a potion, or even a red pill. They bring it back to the tribe, or they leave it on the trail for others to discover. It becomes legendary, mythological, something that ordinary people can get drunk on and gain access to extraordinary experience.

Cultural transformation is the raison d’être of magic elixir. It keeps culture progressively evolving in a healthy way so that it doesn’t become stagnant, congealed, or stuck in dead patterns.

This provident reciprocity does not end. No. Process over outcome. Journey over destination. Those who once dared solitude must dare again. They are too busy connecting the finite with the infinite, dancing between worlds, and bridging gaps with mystic recalibrations and relearned myth to be overwhelmed by the tribe. They must flip scripts. They must turn tables. They must keep rediscovering solitude and returning with updated magic elixir that will continue to overwhelm the tribe.