The Ancient “Doctrine of Signatures” Suppressed By The Establishment

The Doctrine of Signatures is profound ancient wisdom that is purposely being suppressed. It states that every fruit and vegetable has a certain pattern that resembles a body organ, and that this pattern acts as a signal or sign as to that fruit or vegetable’s benefit to us. Modern science confirms that the ancient “Doctrine of Signatures” is astoundingly accurate. Why does this vital knowledge remain hidden? 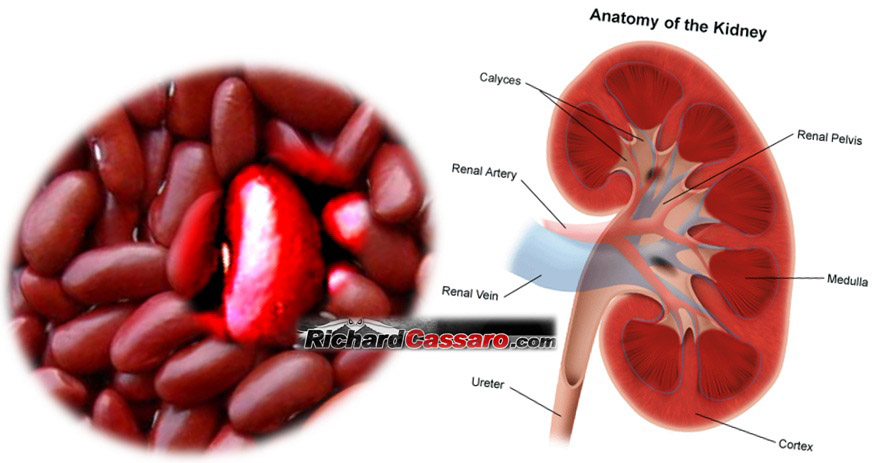 A Walnut looks like a little brain, a left and right hemisphere, upper cerebrums and lower cerebellums. Even the wrinkles or folds on the nut are just like the neo-cortex. We now know walnuts help develop brain function:

Celery looks just like bones. Celery specifically target bone strength. Bones are 23 percent sodium and these foods are 23 percent sodium. If you don’t have enough sodium in your diet, the body pulls it from the bones, thus making them weak. Foods like celery replenish the skeletal needs of the body: 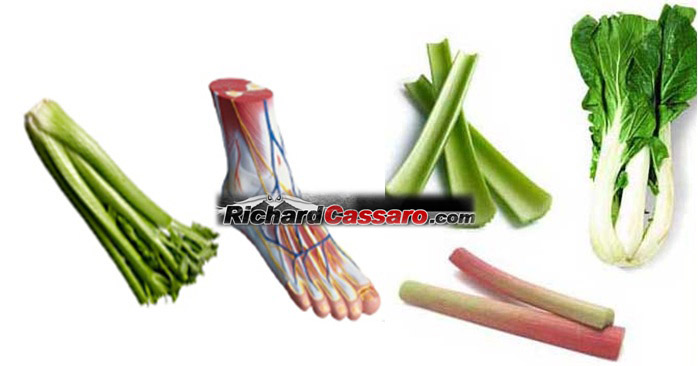 Avocadoes target the health and function of the womb and cervix of the female—they look just like these organs. Avocadoes help women balance hormones, shed unwanted birth weight, and deter cervical cancers. It takes exactly nine months to grow an avocado from blossom to ripened fruit: 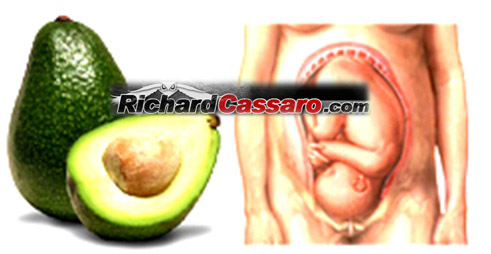 Figs are full of seeds and hang in twos when they grow. Figs increase the mobility of male sperm and increase the numbers of Sperm as well to overcome male sterility:

Slice a Mushroom in half and it resembles a human ear. Mushrooms have been found to improve hearing, as mushrooms are one of the few foods that contain vitamin D. This particular vitamin is important for healthy bones, even the tiny ones in the ear that transmit sound to the brain: 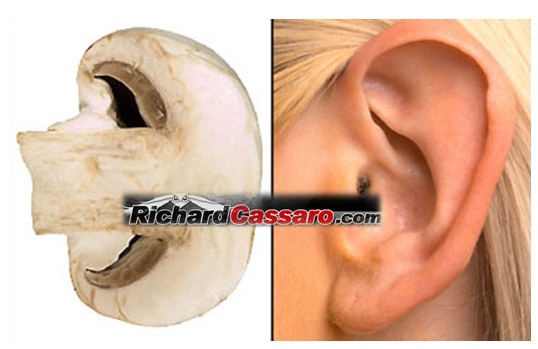 Our lungs are made up of branches of ever-smaller airways that finish up with tiny bunches of tissue called alveoli. These structures, which resemble bunches of Grapes, allow oxygen to pass from the lungs to the blood stream. A diet high in fresh fruit, such as grapes, has been shown to reduce the risk of lung cancer and emphysema. Grape seeds also contain a chemical called proanthocyanidin, which appears to reduce the severity of asthma triggered by allergy:

Ginger, commonly sold in supermarkets, often looks just like the stomach. So its interesting that one of its biggest benefits is aiding digestion. The Chinese have been using it for over 2,000 years to calm the stomach and cure nausea, while it is also a popular remedy for motion sickness:

Sweet Potatoes look like the pancreas and actually balance the glycemic index of diabetics: 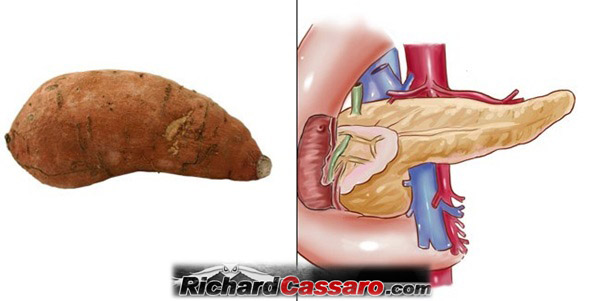 Olives assist the health and function of the ovaries:

The Doctrine of Signatures may sound strange to us, but its wisdom is ancient, rediscovered in modern times. Of course, in modern America we’ve been taught by the big corporations to buy “processed foods,” rather than to buy local fresh vegetables and cook them ourselves.

Americans have no time for cooking; most are busy working and consuming en masse, according to the messages drilled in by television, radio, newspaper, the news, culture, society. The resultant omnipresence of cheap, high-calorie, nutrient-poor processed foods (or “food like substances”) in homes, schools, government institutions and food programs, and on every street corner creates default food choices that drive obesity.

These subsidized, cheap, low-quality foods are heavily marketed and consumed by our ever-widening population with an obesity rate approaching three out of four Americans. The more Americans eat, the fatter they become. And the fatter they become the more they develop heart disease, diabetes, cancer and a myriad of other chronic ailments. This is a big score for big pharma. The sicker our population becomes, the more medications are sold for high cholesterol, diabetes, high blood pressure, depression, and many other lifestyle driven diseases. In essence, big food and big pharma profits by creating a nation of sick and fat citizens.

This structure is built into the very fabric of our economy and culture. It could be called the medical, agricultural, food industrial complex. It is nothing short of sheer violence against us—the social, political, economic and environmental conditions that foster and promote the development of disease. However, by using this wisdom of the Doctrine of Signatures we can take more of a proactive role regarding our health. We are our best own doctor and dietician, we just need to believe it.

The Doctrine of Signatures was made popular in modern times by a Swiss physician, alchemist and philosopher named Paracelsus (1493-1541) who scholars consider to be the father of modern chemistry. Paracelsus noted how the qualities of plants are often reflected in their appearance. He thus theorized that the inner nature of plants may be discovered by their outer forms or “signatures.” He applied this principle to food as well as medicine, remarking that “it is not in the quantity of food but in its quality that resides the Spirit of Life”—a belief familiar to those who choose to eat organic food while also being justifiably concerned over Genetically Modified substitutes that lack the “life force,” or spirit.

The “Doctrine of Signatures” enjoyed a revival in the 1600s after Jakob Böhme (1575-1624), a master shoemaker in the small town of Görlitz, Germany, began writing on the subject. At 25 years old, he experienced a sublime mystical vision where he saw the true relationship between man and his Creator—that man is both the Creator and the Created.

Richard Cassaro is the author of Written In Stone.