Study: 1,000 Potential Alien Star Systems Could Be Watching Us From Afar 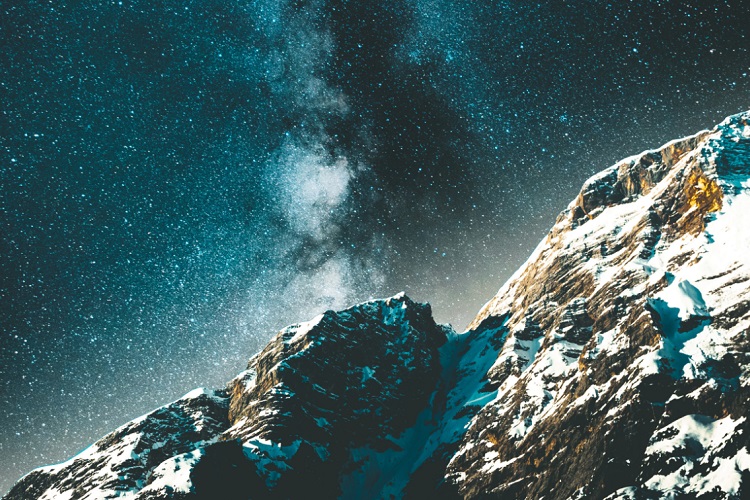 Motivated by the “Pale Blue Dot” NASA photo researchers are asking the question, could other planets be looking at us just like we’re looking at them? A study of Earth’s “solar neighborhood” has found that over 1,000 different systems have the perfect angle to view Earth.

The infamous “Pale Blue Dot” photograph was suggested by astronomer Carl Sagan who implored that the Voyager 1 space probe take a picture of Earth from nearly four billion miles away. The new study published in the Monthly Notices of the Royal Astronomical Society, seeks to find out how many different exo-planet systems with alien life could be watching us. Ironically, the research comes from the Cornell’s Carl Sagan Institute.

The studies co-author Lisa Kaltenegger stated their list focuses on main-sequence stars similar to our own sun. These solar systems may contain exoplanets, Earth-like worlds sitting in the habitable zone for life. All of the prospective systems are within 300 million light-years of Earth, close enough to see our world’s chemical traces according to the researchers.

“Let’s reverse the viewpoint to that of other stars and ask from which vantage point other observers could find Earth as a transiting planet,” Kaltenegger, the director of Cornell’s Carl Sagan Institute said in a press release.

“If observers were out there searching, they would be able to see signs of a biosphere in the atmosphere of our Pale Blue Dot… and we can even see some of the brightest of these stars in our night sky without binoculars or telescopes.”

What makes this listing of 1,004 star systems novel and significant is they all sit in Earth’s elliptic orbit or the plane of the planets orbit around our Sun. Exoplanets traveling along this same path would be able to see the Earth according to the researchers.

To foreign observers, Earth would be a transiting planet that passes in front of its sun as the observer looks at distant stars. Theoretically, these exoplanets would be able to see Earth crossing the Sun, which sounds like a marvelous sight.

“Only a very small fraction of planets will just happen to be randomly aligned with our line of sight so we can see them transit,” co-author Joshua Pepper of Lehigh University says. “But all of the thousand stars we identified in our paper in the solar neighborhood could see our Earth transit the sun, calling their attention.”

“If we’re looking for intelligent life in the universe, that could find us and might want to get in touch,” Kaltenegger adds. “We’ve just created the star map of where we should look first.”