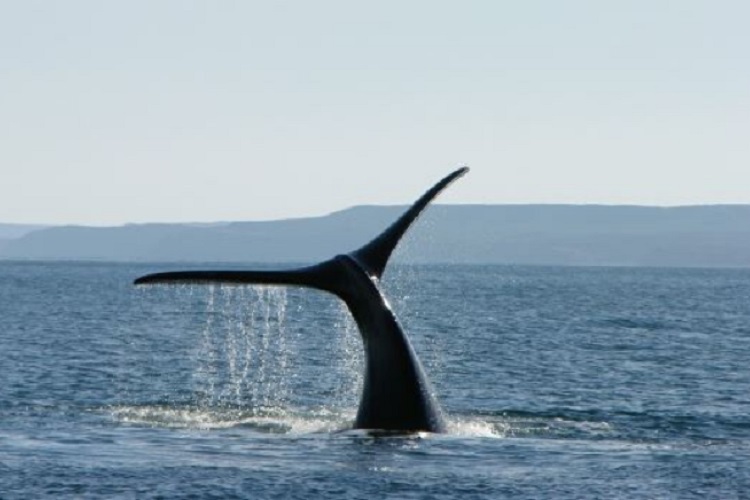 If we’ve learned one thing from the coronavirus pandemic, it’s that the dramatic global lockdown and economic downturn has given nature room to breathe.

It seems that the silver lining in the global health crisis has extended to more than a reduction of air pollution over urban zones and wildlife taking back its habitats in the absence of tourists. The drop in underwater noise pollution has also been quite beneficial for whales and other aquatic mammals.

And scientists just can’t resist the temptation of eavesdropping on their oceanic conversations.

Scientists who are tracking live underwater sound signals from ocean observatories near the port of Vancouver have found a major drop in low-frequency sound that comes from ships at sea, reports The Guardian.

David Barclay, assistant professor of oceanography at Dalhousie University, compared the sound power—a way of measuring loudness—within the 100 Hz range from an inland seabed observatory and one lying farther off the shore. Both observatories recorded major drops in noise.

“Generally, we know underwater noise at this frequency has effects on marine mammals.

“There has been a consistent drop in noise since 1 January, which has amounted to a change of four or five decibels in the period up to 1 April.”

The lowered volume correlates with an overall drop in maritime traffic during the same period, he added, noting that exports and imports fell by roughly 20 percent at that time.

The reduction of marine traffic in the world’s waterways—including tankers, cargo and container ships, cruise liners, yachts and fishing vesels—comes amid an unprecedented rapid collapse in economic activity across the globe.

However, scientists are hoping to take advantage of the massive pause in the movement of ships to find out about what effect this has on marine life. Barclay calls the moment a “giant human experiment,” and his colleagues agree.

“We are facing a moment of truth.

Traffic at land and sea also fell in the days following the events of September 11, 2001. During that time, researchers in the U.S. were also able to study how the quieter ocean impacted baleen whales, and they produced a landmark study showing that anthropogenic or man-made underwater ocean noise associated with ships led to chronic stress in whales.

“We have a generation of humpbacks that have never known a quiet ocean.”

An expected halt in cruise ship activity in south-east Alaska during this time of year due to the coronavirus will also give researchers a window through which they can gain more insights on how whales interact with each other.

Fournet’s enthusiasm is shared by oceanologists across the globe, who just hope to listen while their practical work has been interrupted by the pandemic.

“We are on tenterhooks waiting to see what our records are saying.”

In fact, Merchant’s crew had been planning on figuring out how they could make the ocean quieter for the purpose of an experiment in order to gauge what benefits, if any, it may have on marine life.

As the world economy continues to stand still amid a crisis of global proportions, whales and their mammalian relatives are experiencing a drop in noise pollution and moment of aural peace they’ve likely never enjoyed before in their lives. And for researchers, the moment is priceless.

“We have this natural experiment going on. Of course it is a terrible crisis, but we may as well get on and look at the data, to find out what effect it is having.”