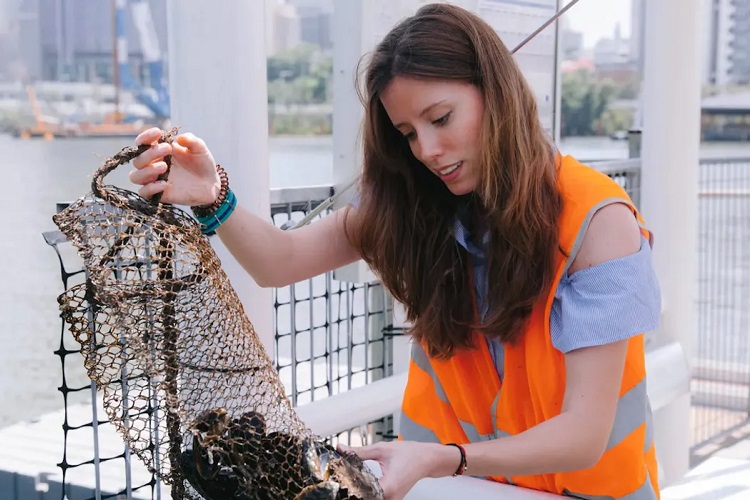 A new study of five different kinds of seafood revealed traces of plastic in every sample tested.

Researchers bought raw samples of popular seafood from a market in Australia, including 10 oysters, 10 farmed tiger prawns, 10 wild squid, five wild blue crab and 10 wild sardines, reported Daily Mail. At least trace levels of plastic contamination were found in each, with the highest content found in sardines, according to the research.

The scientists used a new technique to identify and measure five different types of plastics contained within the tissues of each sample of seafood simultaneously, reported Intrafish. They did so in order to better understand the potential harm microplastics in seafood could have on human health, lead author Francisca Ribeiro said in a University of Queensland press release.

“From the edible marine species tested, sardines had the highest plastic content, which was a surprising result,” Riberio told the University of Queensland. “Another interesting aspect was the diversity of microplastic types found among species, with polyethylene predominant in fish and polyvinyl chloride the only plastic detected in oysters.”

Riberio compared the exposure levels to microplastics in the University of Exeter release: “Considering an average serving, a seafood eater could be exposed to approximately 0.7mg of plastic when ingesting an average serving of oysters or squid, and up to 30mg of plastic when eating sardines, respectively …. For comparison, 30mg is the average weight of a grain of rice.”

The new method is a “major step forward” towards plastic quantification techniques in seafood because it allows results to be reported in a mass unit, something wasn’t possible before, noted the University of Queensland release.

“We can now define what microplastic levels can be considered harmful to human health,” Ribeiro said in the release.

The plastics found by the scientists are commonly used in plastic packaging and synthetic textiles, including polystyrene, polyethylene, polyvinyl chloride, polypropylene and poly (methyl methacrylate), reported Intrafish. Polyvinyl chloride was found in all samples, while the plastic found in highest concentrations was polyethylene, the world’s most popular plastic, reported Daily Mail.

These plastics frequently end up in waterways and oceans, where they continue to break down into microplastics, very small pieces of plastics that are often eaten by marine creatures of all sizes and types. Microplastics are absorbed by plankton, bioaccumulate as they are carried up the food chain and eventually end up on our plates, reported Energy Live News.

Humans are exposed to microplastics not only in the seafood we eat, but also through bottled water, sea salt, beer, honey, and even dust that settles on our meals, the University of Exeter release said.

“We do not fully understand the risks to human health of ingesting plastic, but this new method will make it easier for us to find out,” co-author Tamara Galloway said in the release.

The next phase of the research will seek to identify the sources of the plastic contamination found in the seafood tested, noted the University of Queensland release.