Scientists Are Developing Solar Panels That Generate Power At Night 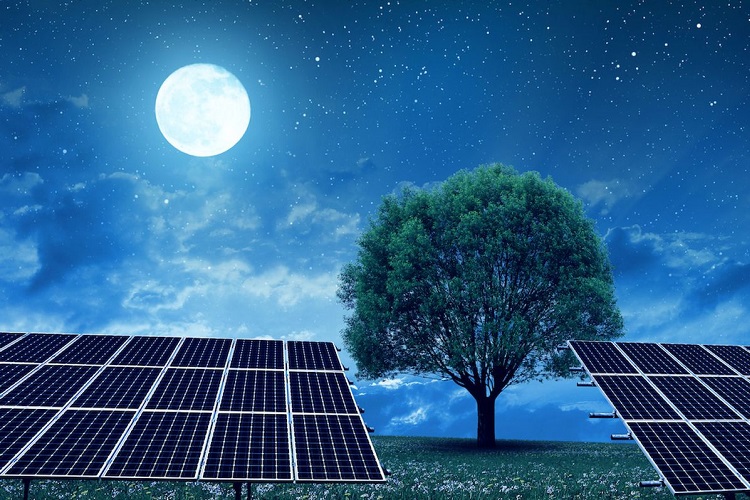 According to the most recent data from Bloomberg New Energy Finance (BNEF) wind and solar energy are already cheaper than traditional alternatives in two-thirds of the world, and is expected to be the cheapest option everywhere by 2030.

Breakthroughs in solar technology are making it more efficient and cheaper to extract energy from the sun, which in turn, is making this technology more available to the average person.

One of the major drawbacks of solar energy is that it can only produce energy during the day, but new research published in the journal ACS Photonics, suggests that solar panels can be built in a way that allows them to generate energy at night as well. The basic concept is that energy can be generated through the process of the heat leaving the panels and cooling down at night, this is known as radiative cooling.

In order to generate energy in this way, the team needed to develop what they call “thermoradiative cells.”

The authors of the study wrote that, “In order to produce electrical power after the sun has set, we consider an alternative photovoltaic concept that uses the earth as a heat source and the night sky as a heat sink, resulting in a “nighttime photovoltaic cell” that employs thermoradiative photovoltaics and concepts from the advancing field of radiative cooling.”

Jeremy Munday, a professor in the Department of Electrical and Computer Engineering at UC Davis, is one of the researchers who are working on prototype versions of this technology.

“A regular solar cell generates power by absorbing sunlight, which causes a voltage to appear across the device and for current to flow. In these new devices, light is instead emitted and the current and voltage go in the opposite direction, but you still generate power. You have to use different materials, but the physics is the same,” Munday told UC Davis.

The ACS Photonics study suggests that if solar farms were to implement this technology, they could produce up to 50 watts of power per square meter, which would boost energy production by about 12%.