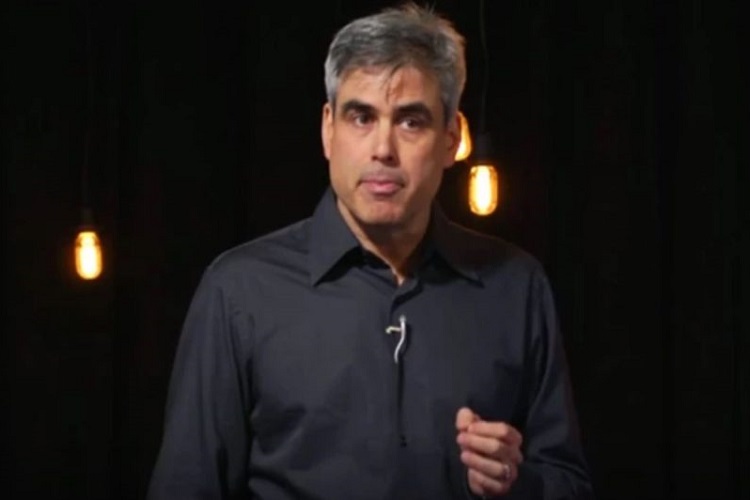 If there was a video documenting every second of my life, you can bet it would contain some pretty stupid comments I’ve made over the years. I would also probably be reminded of some opinions I no longer believe. If you’re being honest with yourself, yours likely would be equally cringe.

The things we have said in the past may not have been outrageously offensive, but we have all made comments, or held opinions, we later regret. We are, after all, inherently flawed creatures.

But imagine if one instance of poor judgment or one “fringe” opinion stuck with you forever. This is the problem our society is now facing with the prevalence of cancel culture.

In 2016, then-high school freshman Mimi Groves posted a video to Snapchat in which she used a racial slur. The video later circulated around her school, though it wasn’t met with controversy at the time.

Fellow classmate Jimmy Galligan hadn’t seen the footage until last year when the two were seniors—four years after it first made the rounds at Heritage High School. By this time, Groves had moved on to focus on her role as varsity cheer captain with big dreams of attending the University of Tennessee, Knoxville, a school known for its nationally ranked cheer squad.

For Groves, summer 2020 had been a time of celebration as she found out she had been accepted to the university’s cheer team. But her joy was short-lived when the death of George Floyd rightly outraged the nation, sparking a resurgence of the Black Lives Matter movement.

Like many teens, Groves used her social media platforms to urge people to protest, donate, and sign petitions in support of ending police brutality. It was then that her unfortunate video came back to haunt her.

“You have the audacity to post this, after saying the N-word,” one commenter, unknown to the teen, posted on her Instagram.

Galligan had held onto the video made four years earlier and had chosen to celebrate Groves’ admission to UT by blasting the footage to every major social media platform.

As the video began going viral, public outrage ensued, calling for the university to rescind her acceptance.

Capitulating to the mob, UT removed her from their cheer team, a decision that resulted in Groves withdrawing from the school because of what she perceived as pressure from the school’s admissions office.

Make no mistake, making racial slurs of any kind is demeaning and inappropriate behavior. But is one comment made four years prior enough to ruin the future of a teen who hadn’t even entered adulthood yet?

The court of public opinion said yes, without giving Groves any chance at redemption.

Groves’ story is just one of many.

Cancel culture has become more widespread over the last several years than anyone could have imagined. When I penned this article on the topic two years ago, I had no idea the problem would escalate to the level it has reached today.

But cancel culture isn’t reserved only for those who have made distasteful comments in the past.

Today, those espousing any opinion that goes against “woke” rhetoric are ridiculed online, fired from their jobs, and some are banned from using popular social media platforms altogether.

One University of North Carolina Wilmington professor, Mike Adams, even took his own life after tweets construed as offensive pushed him into early retirement after years of service to the institution.

Jonathan Haidt, author of The Righteous Mind and co-author of The Coddling of the American Mind, has been an outspoken critic of the cancel culture phenomenon for some time.

“Part of a call-out culture is you get credit based on what someone else said if you ‘call it out,’” he said in a 2018 interview.

This virtue signaling, which is really just a means of proving to society how “good” and “moral” your views are, is only half of the equation, however. Cancel culture is also about personal destruction, which is obvious in Groves’ situation, since Galligan didn’t use this ammunition against her until the time was ripe for maximum harm.

“It(cancel culture) has reached a level of personal vindictiveness, where people go out of their way to find ways the things other people say could be construed as insensitive,” Haidt said.

Slurs and inappropriate comments aside, cancel culture has made people scared to share their opinions lest they be condemned for thinking “incorrectly” about any given issue.

The Costs of Cancel Culture

We now live in an era where people are constantly looking over their shoulders, or computer screens, worried that whatever opinion they post might make them victims of cancel culture.

There is no opportunity to change one’s mind, nor is there room to defend opinions you genuinely believe. And this is a huge problem for any civil society.

Haidt spoke of the importance of protecting open dialogue so that we may live in a society filled with varying opinions from which to choose.

“One of the most important [aspects] is that people are not afraid to share their opinions – they’re not afraid that they’re going to be shamed socially for disagreeing with the dominant opinion,” Haidt said.

The odds are high that your opinions about certain issues will change over time. However, some may not, and you shouldn’t live in fear that your beliefs will be met with social condemnation and isolation.

You’re not always going to agree with everything other people say — not your professors, your classmates, or your parents. In fact, you might even find that your own views change as you learn new things and grow as a person and adult.

But having the freedom to consider all opinions and decide what you genuinely believe is vital to the human experience and civil discourse.

There is a market of choice in all things, from what clothes you wear, products you buy, and what ideas you subscribe to.

When you go shopping, you might not like the first outfit you try. You might not even like the second or third. But trying on different looks, or opinions, allows you to think for yourself and figure out what it is you want, or believe.

To be truly open-minded, you must be able to consider all opinions, instead of condemning any thought contrary to your own. The free exchange of ideas pushes individuals to share unique ideas and allows for opinions to evolve.

Dissent is what makes democracy strong. Our Constitution has outlasted so many others because the Founders disagreed and debated with each other until they crafted a document that fostered “a more perfect union” than had ever been seen before. We would be wise not to forget the example they set.

To foster a world where ideas can be freely expressed, Pacific Legal Foundation will be hosting an event this Friday featuring Haidt that will examine the many ways free speech serves as a central tenet of innovation, community, and civil society, and how we can preserve and protect this fundamental value that makes our society so extraordinary.

Without the ability to speak freely and consider all opinions, civil discourse cannot occur. In its absence, society as we know it will cease to exist and the divides between us will continue to grow.

Brittany is a writer for the Pacific Legal Foundation. She is a co-host of “The Way The World Works,” a Tuttle Twins podcast for families.