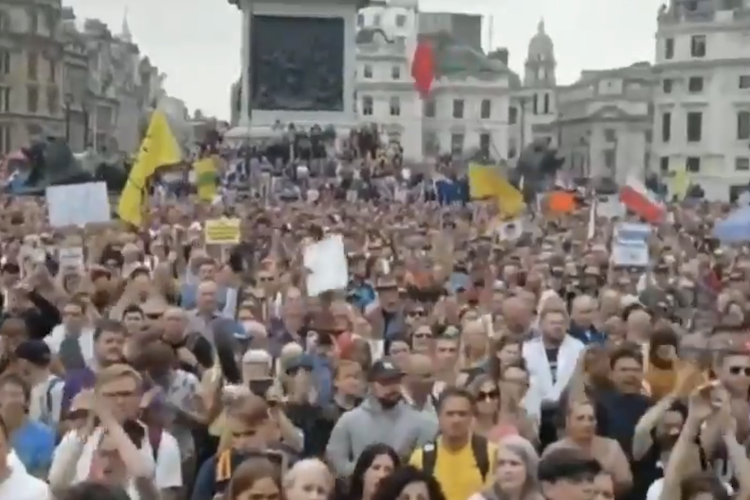 SCENE IN DUBLIN: “take off your fucking mask”
pic.twitter.com/xVREKxQLVy

JUST IN – Large protests in many cities of Australia, England, France, Italy against Covid restrictions, vaccine passports, and mandatory vaccinations.

And incensed Italians, where the country has restricted public access to restaurants and museums to the unvaccinated.

Today over 275 huge protests against vaccine passports reportedly expected all over France 🇫🇷 and Italy 🇮🇹 And many other European countries.

This is what it looked like today in Australia, Milan, London, and France. 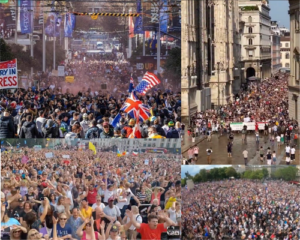 Protests were worldwide today as many are fed up with elites whittling away their freedoms under the guise of COVID.

Thousands of anti-lockdown demonstrators took to the streets of Sydney and other Australian towns on Saturday to protest new lockdown measures amid a surge of COVID-19 cases in the country.

Dozens were arrested and charged after crowds broke through barriers and clashed with officers, hurling bottles and anything they could get their hands on.

The unmasked protesters marched from Sydney’s Victoria Park to Town Hall. News.com.au estimates 15,000 people took part in the march. Many chanted anti-lockdown slogans and held signs calling for “freedom” and “the truth.” 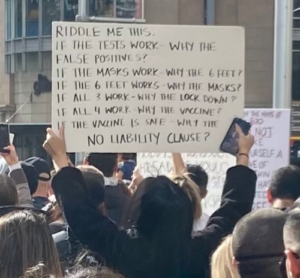 Big protests in Sydney, Australia after the government put greater Sydney back into a weeks-long Wuhan-style lockdown of all non-essential activities following 1 COVID death and discussed deploying the military to hotspots to keep people from leaving.pic.twitter.com/7cC6gxyq4k

There was a significant police presence, including mounted police and riot control officers in response to what authorities said was an “unauthorized protest.”

Americans, when you watch Australian cops bashing the crap out of Aussies for exercising their right to protest, I just want to remind you that Australians are completely disarmed.

The demonstrators defied restrictions on non-essential travel and mass public gatherings that could be extended through October.

The Greater Sydney area has been locked down for a month as infections rise.

Protesters were also seen in Melbourne and Adelaide.

There’s discontent with Australians being forced into lockdowns again as an outbreak of the delta variant began last month.

Protests are not limited to Australia. New COVID rules have been implemented across Europe as Delta infections flare-up, which demonstrators in France and Greece recently took to the streets. The UK has even triggered widespread panic through a new app that notified tens of thousands of people they must quarantine for ten days because of possible exposure.