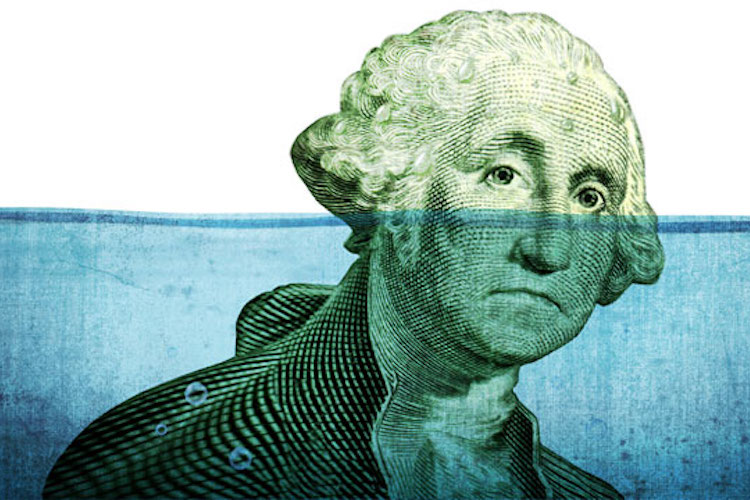 Recently introduced by Republican Bill Huizenga from Michigan, proposed legislation H.R. 6433 is being called the HEROES Act. It is a $3 trillion stimulus bill which would transform American society unlike anything this country has seen since the 1960’s.

Endorsed by House Majority Leader Nancy Pelosi, the legislation would supposedly provide funding for emergency healthcare workers and grant another $1,200 check for most Americans, however that’s only a fraction of what is inside the bill.

The 1,815-page HEROES Act includes some of the same provisions as the March CARES Act, such as a $1,200 check for taxpayers, as well as a $600 bonus, this time for all dependents, as opposed to only children in the previous bill.

However, the majority of funding would not go to families or small businesses in need. Instead, it is ridden with money for the rich, bailouts for poorly run cities and states, mass surveillance, censorship, and society-transforming blanket amnesty for illegal aliens, all while the country heads deeper into insurmountable debt. This is a classic transfer or wealth scheme.

Bailing Out the Rich

“All the most powerful people were bailed out in March,” Tastytrade Financial Advisor Dylan Ratigan said on the Jimmy Dore Show. He’s right, and the HEROES Act would force taxpayers to once again bail out the rich, but in an even greater fashion.

Being significantly larger than the $2.2 trillion CARES Act, the largest stimulus bill in American history, the new relief package would offer $1 trillion to states and cities, effectively shifting the debts of poorly managed, high spending, and highly taxed local governments to the federal debt, a move that both enlarges the power of the federal government and covers up harmful policies which put those states in debt in the first place.

Additionally, lobbying shops in Washington DC would be eligible for small business loans while working class Americans struggle to pay for rent and groceries.

The bill would also repeal the cap on local and state tax deductions, almost entirely helping high income neighborhoods in overtaxed states, rather than poor or working class Americans. Contrary to how the bill is being marketed as a healthcare bill, no provision in the HEROES Act gives citizens greater access to healthcare or any guarantee of income beyond a single check,

The HEROES Act would also provide blanket amnesty for millions of illegal immigrants currently working in “essential services” such as food services, agriculture, childcare, waste management, and more, while also making it easier for incoming migrants to get work visas directly after millions of American citizens have been laid off due to forced government lockdowns.

Amnesty would last as long as the “coronavirus crisis” is ongoing, which could be months to years, and illegals would get the same amount of money as everybody else.

“Diversity” is mentioned over 20 times, while “cannabis” is mentioned 68 times, specifically to protect minority-owned and women-owned marijuana businesses.

“We must think big, for the people,” Pelosi asserts.

Shockingly, the bill would also release an unthinkable number of violent offenders from federal prisons. Nearly every prisoner with asthma, diabetes, or who is over 50 years would be released if the Bureau of Prisons concludes they are not likely to commit violence against a specific person. If you get caught disobeying the government’s social distancing orders however, there will be plenty of room for you in the slammer.

What may be the most insidious part of the bill is its push for mass surveillance and censorship of alternative voices. In its passage, $75 billion would be allocated to coronavirus “testing and contact tracing” while $1 million would go to the National Science Foundation to study coronavirus “misinformation”.

Contact tracing is a popular idea among statists in which the government tracks the personal information, including location, of its citizens in order to keep track of who may have been exposed to the virus. In Washington state, Governor Jay Inslee is demanding that as restaurants reopen, they must collect the phone numbers, emails, and time of arrival of their patrons in order to stay in business.

Reporter: “When it comes to contact tracing, how are you guys going to handle people or families who want to refuse to test or to self-isolate? If they want to leave their home to get groceries, I know you’ve said they can’t do that; how will you make sure they don’t?”

Inslee:“As far as refusal, it just shouldn’t come to that, and it really hasn’t. We’ve had really good success when we ask people to isolate, and they’ve done so in really high percentages, so we’re happy about that, and we believe that will continue.” [SOURCE]

“Do you truly believe that when the first wave, this second wave, the 16th wave of the coronavirus is a long-forgotten memory, that these capabilities will not be kept? That these datasets will not be kept? No matter how it is being used, what is being built is the architecture of oppression.” – Edward Snowden on the Global Coronavirus Response

All while society is being transformed around us, the federal debt is becoming bigger than we ever could have dreamed of. After the first Covid-19 stimulus bill, we were sitting at $25 trillion with the largest baseline deficit in the history of the country of $1 trillion per year. If this bill were to pass, we would see the total debt increase to over $29 trillion by the end of next year.

To put that in perspective, the total GDP of the United States was $21.428 trillion for fiscal year 2019, about the same as our debt when Donald Trump took office. Another $3 Trillion would increase the interest we must pay on our debt an enormous amount, enslaving every coming generation in perpetual debt. It is mathematically impossible to pay off this debt.

Only China has the money to bail us out of this nation-crushing stimulus bill, and that’s not good for the future of our country.

Watch these videos of Tucker Carlson and Jimmy Dore, two very different voices, discuss the implications of the HEROES Act:

This article (Proposed $3 Trillion Transfer of Wealth Scheme is Being Called the HEROES Act) as originally created and published by Waking Times and is published here under a Creative Commons license with attribution to Phillip Schneider and WakingTimes.com. It may be re-posted freely with proper attribution, author bio, and this copyright statement.